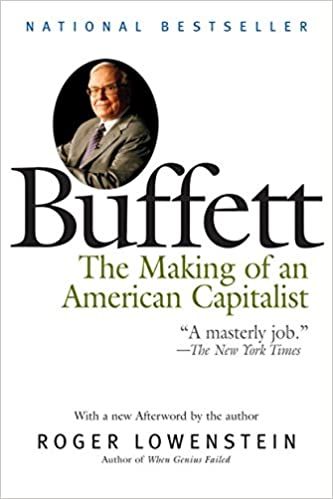 In his book – Buffett: The Making of an American Capitalist, Roger Lowenstein describes Warren Buffett as the man who stripped Wall Street of its mystery. Here’s an excerpt from the book:

Much about this life is strange, and much about Buffett remains obscure. Perhaps, as a judge in Buffalo once remarked of his purported monopolist aims, the private man may be secreted “in the unfathomable human mind.”

But the public legacy is secure. Buffett’s uncommon urge to chronicle made him a unique character in American life, not only a great capitalist but the Great Explainer of American capitalism.

He taught a generation how to think about business, and he showed that securities were not just tokens like the Monopoly flatiron, and that investing need not be a game of chance. It was also a logical, commonsensical enterprise, like the tangible businesses beneath.

He stripped Wall Street of its mystery and rejoined it to Main Street—a mythical or disappearing place, perhaps, but one that is comprehensible to the ordinary American.

As opposed to the dark side of Wall Street, to which the public was so accustomed, Buffett’s was a face not often seen. He was one of the few capitalists who got fabulously rich without leaving a trail of those he had victimized. (His adversaries in Buffalo were a singular exception).

In Munger’s phrase, he strove to be more than a “miserable accumulator,” in particular by treating investors and investees as partners, with no fingers crossed and no “exit strategies.”