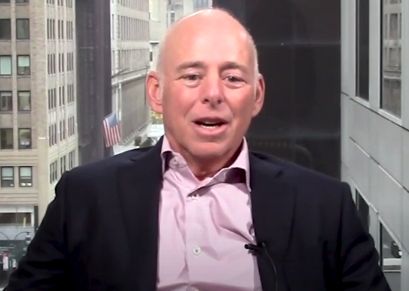 In his latest presentation, Rich Pzena explains why there’s something wrong with the arithmetic in today’s valuations. Here’s an excerpt from the presentation:

I’m going to start with a little story from 1999. Probably one of the most influential discussions I had as an investor, but to set the stage, we were a fairly young firm. Just in business for a couple of years, and we hit the internet bubble, and for those of you who know what value investing is you know that that’s not a good place to be when everybody’s investing in internet stocks.

We had a period of massively underperforming the markets, and into my office came a woman, a client, who sat down and looked me straight in the eye and started the meeting by saying:

“My grandmother is a better investor than you are. All you have to do is buy Cisco. Everybody in the world has figured this out except for you, and you’re just stubborn.”

I was never phased by that kind of interchange, so I engaged with her and said you know Cisco has a market value of $500 Billion, at the time it was the the most highly valued company in the market, in the world really, and you’re used to making 15% a year, it’s what you’ve been making for the last five years.

So if I was going to buy this whole company and write a check for $500 Billion, to make 15% a year the company would have had to earn $75 Billion per year. They were earning $1 Billion.

So I said don’t you think there’s something wrong with this arithmetic? And she just looked at me and said, “You don’t get it do you!” To which I had to agree. I didn’t get it.

So now I find myself in the same place as I was back then. I really don’t get the arithmetic. It’s really… investing is supposed to be just arithmetic, then it was Cisco today it’s Tesla.

Tesla just became a trillion dollar company. To make 15% a year, if I own the whole company, Tesla would have to earn $150 billion dollars a year. The entire auto industry in the world earns $75 Billion a year. So I’m thinking there’s something wrong with that arithmetic too!

You can watch the entire presentation here:

One Comment on “Rich Pzena: There’s Something Wrong With The Arithmetic In Today’s Valuations”