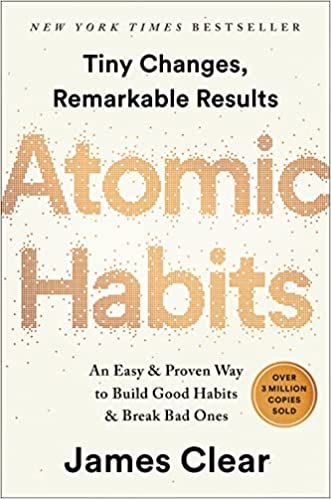 In his book – Atomic Habits, James Clear explains why investors find it so difficult to think long-term. Here’s an excerpt from the book:

Imagine you’re an animal roaming the plains of Africa—a giraffe or an elephant or a lion. On any given day, most of your decisions have an immediate impact. You are always thinking about what to eat or where to sleep or how to avoid a predator. You are constantly focused on the present or the very near future. You live in what scientists call an immediate-return environment because your actions instantly deliver clear and immediate outcomes.

Now switch back to your human self. In modern society, many of the choices you make today will not benefit you immediately. If you do a good job at work, you’ll get a paycheck in a few weeks. If you exercise today, perhaps you won’t be overweight next year. If you save money now, maybe you’ll have enough for retirement decades from now. You live in what scientists call a delayed-return environment because you can work for years before your actions deliver the intended payoff.

The human brain did not evolve for life in a delayed-return environment. The earliest remains of modern humans, known as Homo sapiens sapiens, are approximately two hundred thousand years old. These were the first humans to have a brain relatively similar to ours.

In particular, the neocortex—the newest part of the brain and the region responsible for higher functions like language—was roughly the same size two hundred thousand years ago as today. You are walking around with the same hardware as your Paleolithic ancestors. It is only recently—during the last five hundred years or so—that society has shifted to a predominantly delayed-return environment.

Compared to the age of the brain, modern society is brand-new. In the last one hundred years, we have seen the rise of the car, the airplane, the television, the personal computer, the internet, the smartphone, and Beyoncé. The world has changed much in recent years, but human nature has changed little.

Similar to other animals on the African savannah, our ancestors spent their days responding to grave threats, securing the next meal, and taking shelter from a storm. It made sense to place a high value on instant gratification. The distant future was less of a concern. And after thousands of generations in an immediate-return environment, our brains evolved to prefer quick payoffs to long-term ones. Behavioral economists refer to this tendency as time inconsistency.

That is, the way your brain evaluates rewards is inconsistent across time. You value the present more than the future. Usually, this tendency serves us well. A reward that is certain right now is typically worth more than one that is merely possible in the future. But occasionally, our bias toward instant gratification causes problems.

Once you understand how the brain prioritizes rewards, the answers become clear: the consequences of bad habits are delayed while the rewards are immediate. Smoking might kill you in ten years, but it reduces stress and eases your nicotine cravings now. Overeating is harmful in the long run but appetizing in the moment. Sex—safe or not—provides pleasure right away. Disease and infection won’t show up for days or weeks, even years.

The French economist Frédéric Bastiat explained the problem clearly when he wrote, “It almost always happens that when the immediate consequence is favorable, the later consequences are disastrous, and vice versa. . . . Often, the sweeter the first fruit of a habit, the more bitter are its later fruits.”