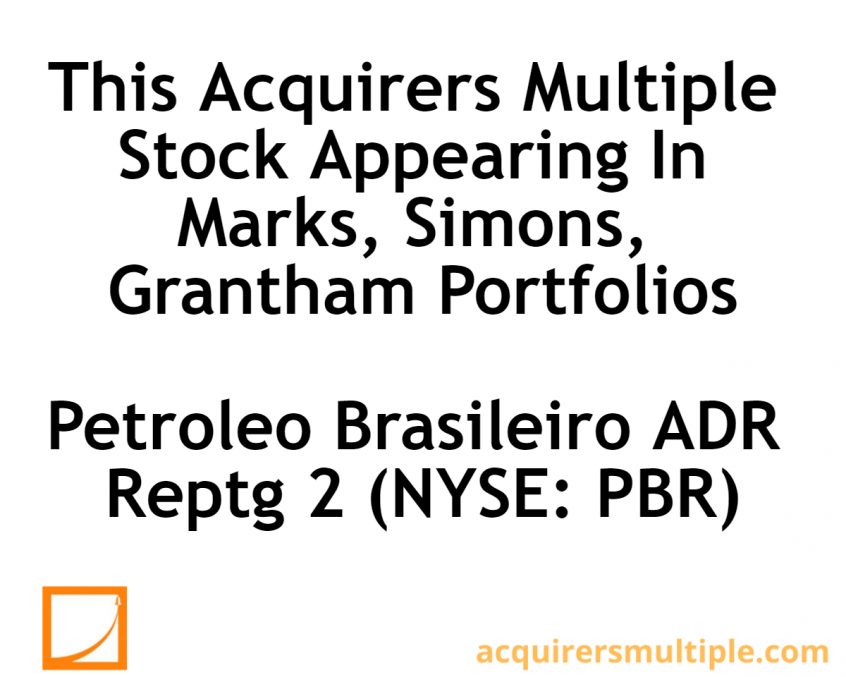 Petroleo Brasileiro is a Brazil-based integrated energy company controlled by the Brazilian government. The company focuses on exploration and production for oil and gas in Brazilian offshore fields. Production in 2020 was 2.8 million barrels of oil equivalent a day (83% oil production), and reserves stood at 8.8 billion boe (86% oil). Petrobras operates 13 refineries in Brazil with capacity of 2.2 million barrels a day and distributes refined products and natural gas throughout Brazil.

A quick look at the price chart below for Petroleo Brasileiro shows us that the stock is up 63% in the past twelve months. We currently have the stock trading on an Acquirer’s Multiple of 3.87, which means that it remains undervalued.

Superinvestors who currently hold positions in Petroleo Brasileiro include: