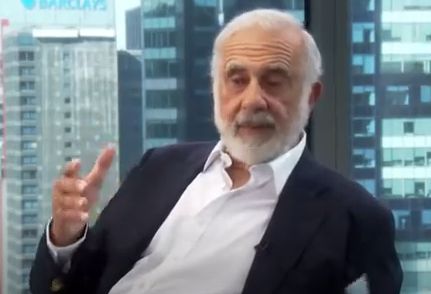 In this interview in 2018 on Wall Street Week, Carl Icahn explains why you should not confuse a bull market with brains! Here’s an excerpt from the interview:

Icahn: When I got into Wall Street I had twelve, fifteen thousand, which was a lot saved you know.

I started investing it and in ’61 the market was hot and you never really… I learned a lot from that because you never confuse a bull market with brains, and what I did was confuse it and I’m buying all these stocks.  I’m picking this and I’m picking that and I had a following of people would listen to me. Oh wow!

But everybody was making money. You don’t realize that, and Jack Dreyfus would tell me, he’d come over, he sort of liked me, and he said you’re gonna lose every penny you have. I’m telling you Carl before you’re through it he said…

I was up to about seventy thousand dollars, which was huge. He says you know what when this is over, six months a year maybe less he says not only won’t you have the 70 you’ll be negative, everything you ever had, and he was right. In three days in ’62 they clean me out and I learned… I tell you what I learned for that experience.