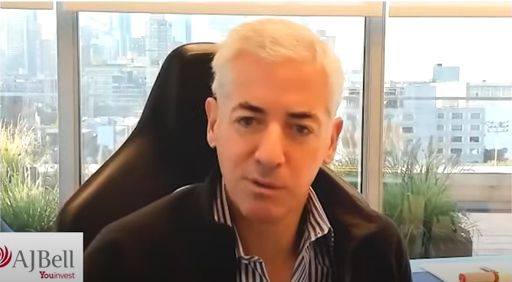 In his latest interview with AJ Bell, Bill Ackman discusses how to hedge against outlier events. Here’s an excerpt from the interview:

Ackman: A subset of the strategy is looking for risk in markets and trying to hedge those risks, and so the best evidence I can give is pre-financial crisis we were concerned about what was going on in the credit market so we built a very large notional short position in credit by purchasing credit default swaps on the bond insurers on Fannie Mae, Freddie Mac, on the banks.

As a result S&P was down 52 percent in I think ’08 and I think our peak decline was 18%. It was just momentary and we finished the year down only a few percent and were up 40% the next driven by that hedging gain and the redeployment of those proceeds and buying stocks.

And then last year when we became quite concerned about the pandemic in February we did the same thing, we thought the best way to express this concern in a risk minimizing way is to again buy credit defaults, but a very large notional position in the credit default swap market and then spreads gap very widely as it became clear that this was going to be a pandemic, and then we reversed that position as our portfolio declined in value our stocks went down and our hedge became enormously valuable.

So the hedge actually on a mark-to-market basis mitigated almost our entire market loss, but more importantly it gave us capital to invest. Over $2 billion of capital to invest in a market that was down a large amount.

And most recently our biggest kind of black swan fear for the markets earlier this year we became concerned about inflation. I thought inflation could lead to higher rates. I thought higher rates could lead to lower values in the equity markets and we built again a very large notional position, betting that rates would go higher.

We did this using ‘swaptions’, which are sort of an option on an interest rate swap, which is a way to express that kind of debt.

The three things I mentioned are… they’re small. The capital commitments are one percent. one and a half percent of capital, numbers like this, but they can turn into a very very large numbers in the event that the outlier event takes place.