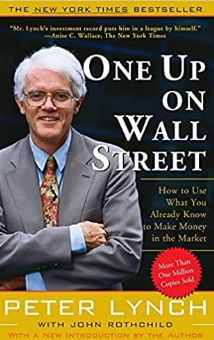 In his book – One Up On Wall Street, Peter Lynch discusses how 10-baggers are in plain sight, but for some reason investors like to invest in companies and industries they know little about. Here’s an excerpt from the book:

Can’t think of any such opportunity in your own life? What if you’re retired, live ten miles from the nearest traffic light, grow your own food, and don’t have a television set? Well, maybe one day you have to go to a doctor. The rural existence has given you ulcers, which is the perfect introduction to SmithKline Beckman.

Hundreds of doctors, thousands of patients, and millions of friends and relatives of patients heard about the wonder drug Tagamet, which came on the market in 1976. So did the pharmacist who dispensed the pills and the delivery boy who spent half his workday delivering them. Tagamet was a boon for the afflicted, and a bonanza for investors.

A great patients’ drug is one that cures an affliction once and for all, but a great investor’s drug is one that the patient has to keep buying. Tagamet was one of the latter. It provided fantastic relief from the suffering from ulcers, and the direct beneficiaries had to keep taking it again and again, making indirect beneficiaries out of the shareholders of Smith-Kline Beckman, the makers of Tagamet. Thanks largely to Tagamet, the stock rose from $7½ a share in 1977 to $72 a share at the 1987 high.

These users and prescribers had a big lead on the Wall Street talent. No doubt some of the oxymorons suffered from ulcers themselves—this is an anxious business—but SmithKline must not have been included on their buy lists, because it was a year before the stock began its ascent. During the testing period for the drug, 1974–76, the price climbed from around $4 to $7, and when the government approved Tagamet in 1977, the stock sold for $11. From there it shot up to $72.

Then if you missed Tagamet, you had a second chance with Glaxo and its own wonder drug for ulcers—Zantac. Zantac went through testing in the early eighties and got its U.S. approval in 1983. Zantac was just as well received as Tagamet, and just as profitable to Glaxo. In mid-1983 Glaxo’s stock sold for $7.50 and moved up to $30 in 1987.

Did the doctors who prescribed Tagamet and Zantac buy shares in SmithKline and Glaxo? Somehow I doubt that many did. It’s more likely that the doctors were fully invested in oil stocks. Perhaps they heard that Union Oil of California was a takeover candidate. Meanwhile, the Union Oil executives were probably buying drug stocks, especially the hot issues like American Surgery Centers, which sold for $18.50 in 1982 and fell to 5 cents.

Perhaps a winning investment seems so unlikely in the first place that people can best imagine it happening as far away as possible, somewhere off in the Great Beyond, just as we all imagine that perfect behavior takes place in heaven and not on earth. Therefore the doctor who understands the ethical drug business inside out is more comfortable investing in Schlumberger, an oil-service company about which he knows nothing; while the managers of Schlumberger are likely to own Johnson & Johnson or American Home Products.

True, true. You don’t necessarily have to know anything about a company for its stock to go up. But the important point is that (1) the oil experts, on average, are in a better position than doctors to decide when to buy or to sell Schlumberger; and (2) the doctors, on average, know better than oil experts when to invest in a successful drug.

The person with the edge is always in a position to outguess the person without an edge—who after all will be the last to learn of important changes in a given industry.