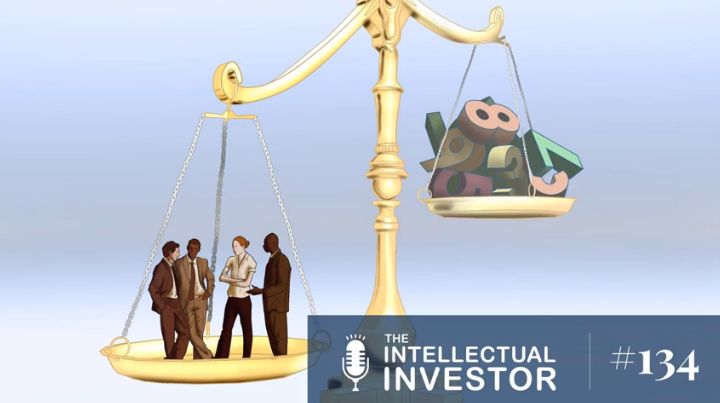 In his recent episode of The Intellectual Investor Podcast, Vitaliy Katsenelson discussed the importance of investing in management that have skin-in-the-game. Here’s an excerpt from the podcast:

Warren Buffett told a story about an insurance company where people were screamed at by senior management when they brought bad news. They stopped bringing bad news. Nothing good happened to that company.

The culture in most companies, especially small ones, comes from the top. People emulate the management (rather than just the founder and CEO). Culture is what people do when no one is watching. It is the mutually agreed set of principles that aligns everyone’s behavior. But it is much more than that. It is a positive, negative, or inert charge. A positive charge makes the sum of individuals in the company exceed their mathematical sum. It is synergistic. A negative charge, caused by a sluggish bureaucracy or internal power struggles, causes friction and ultimately harms business performance. An inert charge neither adds nor subtracts.

And there is one more thing – incentives. During the 2021 annual Berkshire shareholder meeting Warren Buffett was asked if Berkshire would insure Elon Musk’s trip to Mars, to which Buffett replied, “Sure; it will depend on price.” Then he thought some more and added, “There will be one price if Musk is on board the ship, and another if he is not.” It is programmed into our genes to put our self-interest above that of others. It would be impossible for Elon Musk to care more about the safety of a ship taking strangers to Mars than about one carrying him and his family.

If you have great people and a healthy culture and add proper incentives, a company is unstoppable. When management owns a lot of shares in the business, they will behave like owners; they’ll have skin in the game. They won’t do acquisitions or overpay for them just to grow the size of the company. Their interests will be aligned with those of the other shareholders.

Being CEO of IMA made me a better investor. Today, when we analyze companies, in addition to doing everything else we’ve done before, we also think a lot about the management that runs them, their culture, and incentives. In fact, if I look at my biggest investment mistakes in the past, most of them have one thing in common: bad management.

Life is so much easier when companies you own have a great culture and are run by top-notch, properly incentivized management teams with skin in the game.

You can listen to the entire episode here: