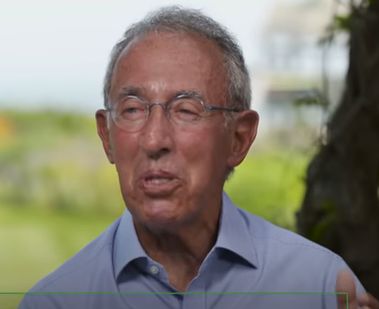 In his recent interview with David Rubenstein on Bloomberg Wealth, Ron Baron discussed why good investors must be able to hold a stock for a number of years that doesn’t make a return. Here’s an excerpt from the interview:

Baron: It’s not the time. It’s the fundamentals of the business. I can own a stock for a number of years and not make a return on it and that wouldn’t bother me as far as making me think I made a mistake.

We were an investor in Tesla for four or five or six years and didn’t make a return. Then all of a sudden we made seven times in a year. So it’s not the time it does it. It’s the fundamentals.

We made four billion dollars in profit and so far and I think we’re going to make another triple. maybe four times over the next 10 years.

In Tesla early on I thought the opportunity was to convert the cars that we make in the United States and the world from gasoline to electric and that hadn’t been accomplished ever before.

I was betting on Elon Musk and so far, and most people bet against them, we invested three hundred and eighty million dollars in between 2014 and 2016 after thinking that we shouldn’t invest in it and it was one and a half percent of our assets at the time, and we made four billion dollars in profit, and so far and I think we’re gonna make another triple, maybe four times over the next 10 years.