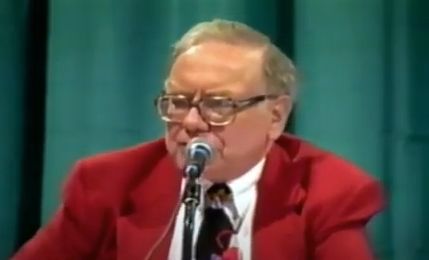 In this shareholder meeting, Warren Buffett explains why Ben Graham would not have adopted his strategy. Here’s an excerpt from the meeting:

We’ve tried to put in the annual report pretty much how we approach securities and book value is not a consideration, virtually not a consideration at all, and the best businesses by definition are going to be businesses that earn very high returns on capital employed over time. So by nature if we want to own good businesses we’re going to own things that have relatively little capital employed compared to our purchase price.

My friend Walter Schloss has hewed much more toward the kind of securities that Ben would have selected but he’s worked with smaller amounts of money. He has an absolutely sensational record and it’s not surprising to me at all I mean when Walter left Graham though I would have expected him to do well.