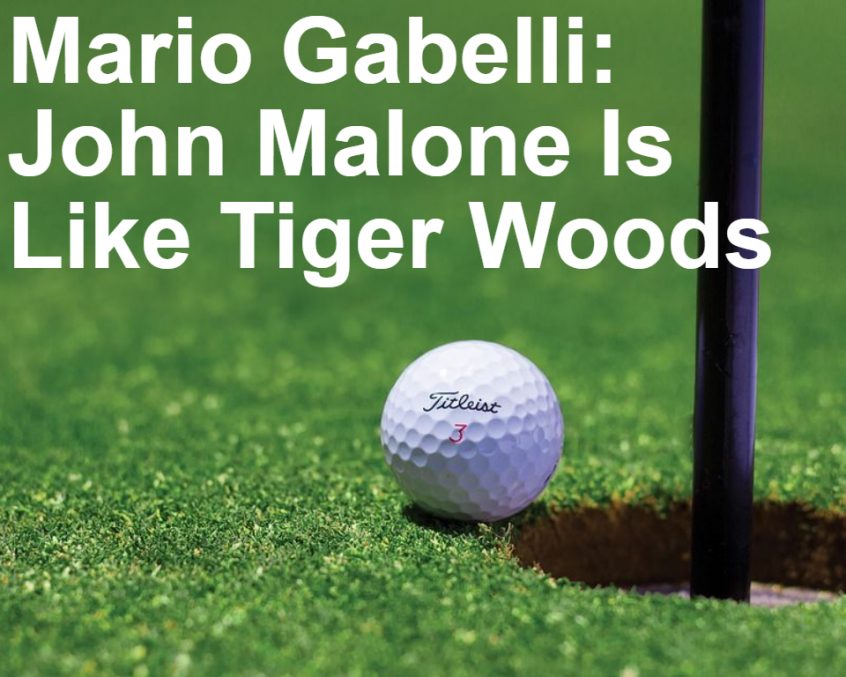 In his latest interview on The World According To Boyar Podcast, Mario Gabelli discussed a number of topics including why he believes John Malone is the Tiger Woods of financial engineering. Here’s an excerpt from the interview:

Well speaking of financial engineering, the master of that, besides you of course, is Dr. Malone. You’ve made a lot of money investing alongside of them. Do you see anyone who might be the next Malone?

Well, the current Malone is like Tiger Woods. The next Tiger Woods is Tiger Woods. I mean to bring back golf, for example on Sunday, everybody was saying, “Whoa, why is this sport declining? We need another Tiger Woods.” Well, Tiger Woods did it. Within the framework of what Malone is doing every day is a new opportunity. For example, yesterday with Barry Diller, John Malone and Barry Diller cut a deal with Liberty Expedia merging into Expedia and a lot of financial engineering. We don’t like some of the things that occurred. We don’t like the fact that Barry Diller was allowed to get 100% of his stock and equity in voting stock and everybody else didn’t.

But on the 90% that takes place, Barry makes a lot of money for shareholders. John Malone has. We look at the Malone empire and it’s significant. Chris Marangi and our team have a mutual fund that just started as a carry onto what we did to invest in the media mogul that we call them. Independent of that, don’t ignore that Warren Buffett still is very good at financial engineering. On the other side of the coin, this guy, Ed Breen, who is running DuPont, who’s in our hall of fame, has done a fantastic job in everything he’s touched whether taking on the Kozlowski empire or doing … and by the way, he put together a lot of very good businesses basically looking at that and then spinning some off, merging some, and now doing it with DuPont and Dow. He would be high on the list. He’s not the only one.

In terms of Malone, one of our holdings, and I believe you own it too, is Discovery Communications. What do you think the endgame is on it? I mean Malone said he’s going to sell it over his dead body. I don’t think it’s going to go that far, but how does this story end?

Well, I’m not sure it ends. I think Zaslav has done a very good job of putting together as best as he can, content on a global basis. What works? Sports and news, live entertainment and so the package he’s put together in Europe is very intriguing to us. Clearly you want to go direct to the consumer in the new world. On what product can you entice? What product can you package? The fact that they bought the Scripps Network, putting together those companies both domestically and outside the United States. That’s a start. Is the stock undervalued relative to the numbers? Yeah. It’s show and tell. I mean show and then tell what you’ve done. We’re probably a year away from where even more of the good news will come out, but it’s got to still be proven that he can continue the momentum that he’s created.

Now, do I buy content for him? There’s a lot of pluses. You saw the benefit of Disney buying Fox. You saw the benefits of Fox shareholders about having Disney buy it. I mean, this has been a win-win for the Murdoch enterprises, the new Fox is being traded today. What is Zaslav going to do to get more content? How’s he going to do it globally? How does he accelerate going to the consumers? We own the stock. We like what he’s doing. We owned a lot of Scripps Network. Ken Lowe did a terrific job for the family at Scripps. Zaslav will do it for Malone.