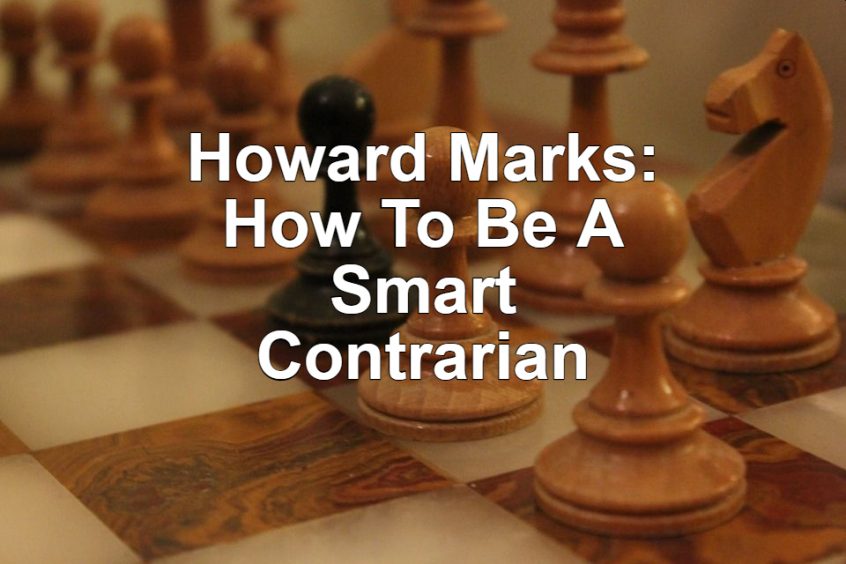 In his recent interview on The Wall Street Lab Podcast, Howard Marks provided a great example of how to be a smart contrarian. Here’s an excerpt from the interview:

We all say that it’s important to be sceptical and a great example is that if somebody comes into your office and says you know I’ve been managing money for 30 years. I’ve made 10% a year for 30 years. I’ve never had a down month.

Sometimes scepticism requires optimism. Sometimes when everybody around you is frozen by fear and pessimism your job is to say, no that’s too bad to be true, you’re overlooking the possibility of gains and of recovery and of repair.

And of course it was because we considered the possibility of recovery and we concluded that everybody around us was being too pessimistic that we were sceptical of the consensus pessimism, and we were able to invest the amount of money that I described before.

I was talking to a reporter for one of the leading world’s leading newspapers and he said to me, well uh what are you doing here in October of ’08? I said, we’re buying. He says to me, you are? Like it was an unbelievable possibility, but that’s what you have to do when absolutely nobody else is willing to buy and you’ve seen prices collapse then you have to say no these are the conditions in which we must move ahead.