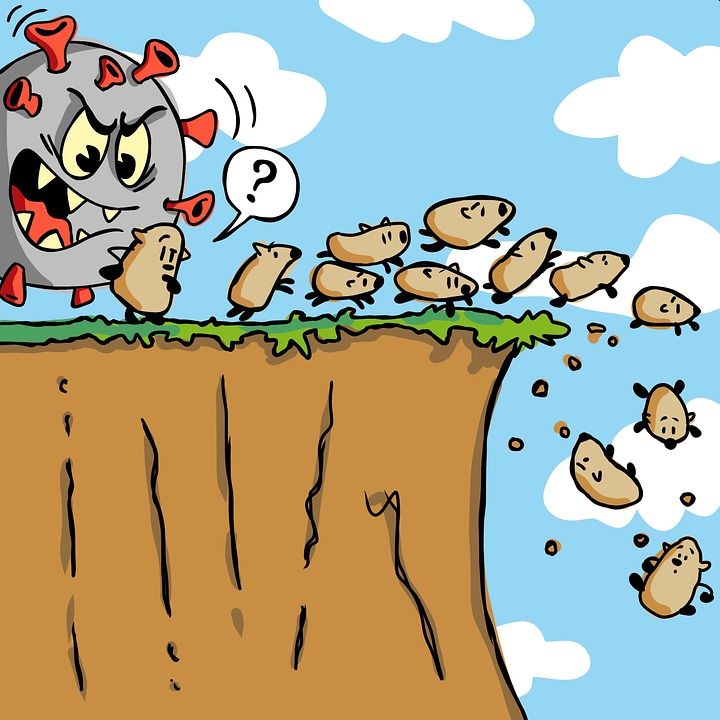 In his latest Q1 2021 Market Commentary, Eric Cinnamond describes the current market mania as similar to that of the 1991 Lemmings video game. Here’s an excerpt from the letter:

Thirty years ago, Lemmings quickly became one of the most popular video games. Lemmings are small rodents that typically reside in the Arctic tundra. In the addictive game, the player guides a group of anthropomorphic lemmings over obstacles using different skills to alter the landscape.

Dig, climb, float, block, build, self-destruct, etc. The goal is to save enough creatures to complete the level. When too many lemmings invade your screen, managing them becomes increasingly tricky. You’ve probably seen bearish stock market analogies comparing investors to mindless lemmings, since the tiny gerbil-like animals have a reputation for jumping off cliffs en masse. Per the game’s instruction manual: “Lemmings are loveable but not very bright.”

Turns out, it’s a myth that lemmings are prone to mass suicide. However, they often move together in large groups, and some don’t make it all the way across treacherous terrain likes rivers or mountains. The lemming cliff dive myth was solidified after the 1958 Disney film White Wilderness.

According to Britannica, “Filmmakers eager for dramatic footage staged a lemming death plunge, pushing dozens of lemmings off a cliff while cameras were rolling.” For an enterprise built around a closely-related rodent—a mouse—that’s harsh! It’s a reminder that even institutions that people have grown to love or depend on are willing to use the little guy as a means to an end.

Nowadays, the stakes are a lot higher than a phony movie scene. We’re talking about political power, economic growth, and a booming stock market. The bigwigs calling the shots in DC, on Wall Street, and in corporate boardrooms across the country only have to fake it long enough to pass the baton to the next person in charge.

The bubble expands to maintain the charade of prosperity, until it doesn’t. Unlike the lemmings which had no say in their selection as a motion picture prop, investors generally have free will. Red flags are everywhere, and to us, reducing portfolio risk seems obvious.

For those who recognize the historic speculation but opt to fully embrace the mania anyway, we sincerely hope they have not wagered more than they can afford to lose. For capitalism to function properly, there must be consequences for excess. When the investment obituaries are ultimately written for those clear-eyed souls wallowing neck deep in today’s frenzy, they will be callous but fair:

John Q. Speculator’s precarious portfolio, age one market cycle, passed away when risk mattered again, surrounded by millions of other investment accounts. They had it coming.