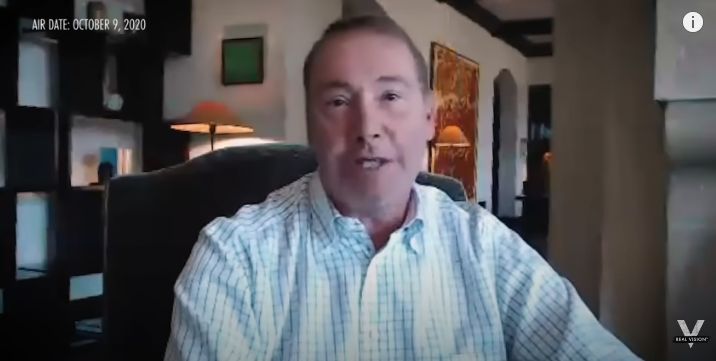 Here’s a great interview with Jeffrey Gundlach on Real Vision in which he discusses a number of topics including some of his biggest mistakes. Here’s an excerpt from the interview:

JEFF GUNDLACH: It’s funny. The very first big trade I did was actually the most successful trade of my career. I actually sold 30-year treasury bonds yielding 7% which was thought to be really, really low. That was in April of 1986. I actually sold at the top tick, and the market just started tanking after that. Then it started to rally back, and the big mistake I made was I ended up being long the market right before it started to drop again.

I remember feeling that I was trapped in this trade, I remember thinking that I just knew that the market was going to drop, gapped down like every day, because it was doing that day after day after day and I was just trapped in this position and I was losing tons of money. I just remember. Actually, I was in a rock band at the time. It was actually my first career, it was in rock and roll. I wrote a song that was called, Wishing, Hoping and Praying. Because that was exactly what I realized I was doing in that trade. I was just wishing, hoping and praying that the market would reverse to the upside even though in my bones, I knew that wasn’t going to happen.

I started to realize that– the phrase that a guy actually told me when I explained my situation to him, he said, “Your first loss is your best loss.”

That’s really good advice in investing markets. You’re in the wrong trade. Maybe your premise was wrong, maybe new information came out that caused a reversal. You just got to get out even though you’re taking a loss. The key thing that you learned from something like that is you just have to act, you can’t just be frozen in a position and you have to acknowledge that your first loss is your best loss and to get out. That was… that was a big deal.