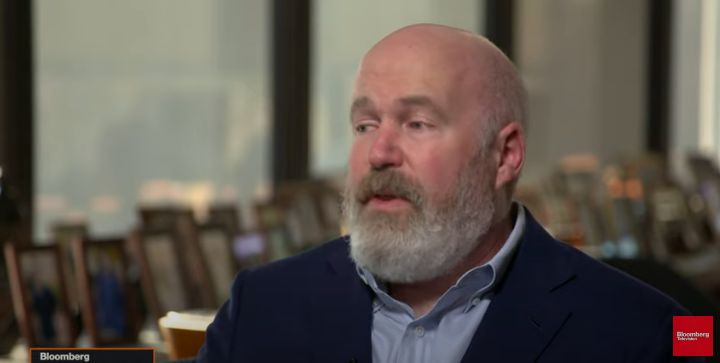 Here’s a great interview with Cliff Asness on Bloomberg’s Front Row with Erik Schatzker. Asness discusses his faith in factors after 2 1/2 years of poor returns. He remains as confident as ever in the quantitative strategies that powered the firm’s growth for two decades. He also discusses the emotional challenges of underperformance, AQR’s strategy, and Bitcion. Here’s an excerpt from the interview:

Schatzker: Does the mere fact that the value spread has widened this far suggest that the day it narrows must by definition be that much sooner?

Asness: Sometimes I defend value so much even I forget I don’t really give a darn about value I give a darn about making the clients money. It’s correlated but I wasn’t upset 2010 to 2017 because of value. I was just a happy man. Some of the people who listen to me daily might dispute that I was a happy man through those seven eight years. Again I do think the odds are much better particularly over modest length holding periods.

Anything north of a year. I almost said I would bet a lot of money on value. I believe I am. It’s not just hypothetical but the short answer to your question, I never give the short answer, but sometimes I end with it. Yes, I think the odds are much better but they never get to an arbitrage. This is investing.

Schatzker: Are they better enough that you would tilt more to value?

Asness: I have been thinking about it. It is a tough call.

Schatzker: People tend to think of quants as cold unemotional beings, vulcans as you’re fond of saying who robotically rationalize away bad results. You’re no vulcan.

Schatzker: So if you’re not a cold unemotional being, a vulcan, do you struggle with under-performance, with losing clients, with having to fire colleagues.

Asness: Yeah. First of all, I won’t speak just for me, there are two levels of non-vulcanness to me. There’s the good part and the bad part. The good part is I care about all these things. It’s funny every once in a while you have a client who says well you’ve made x amount of dollars why do you care? I’m like because I believe in this. Because I care about the people who’ve invested with us and believe in us. I care about our people desperately, so if anyone’s a vulcan about that stuff I don’t want to hang out with that person.