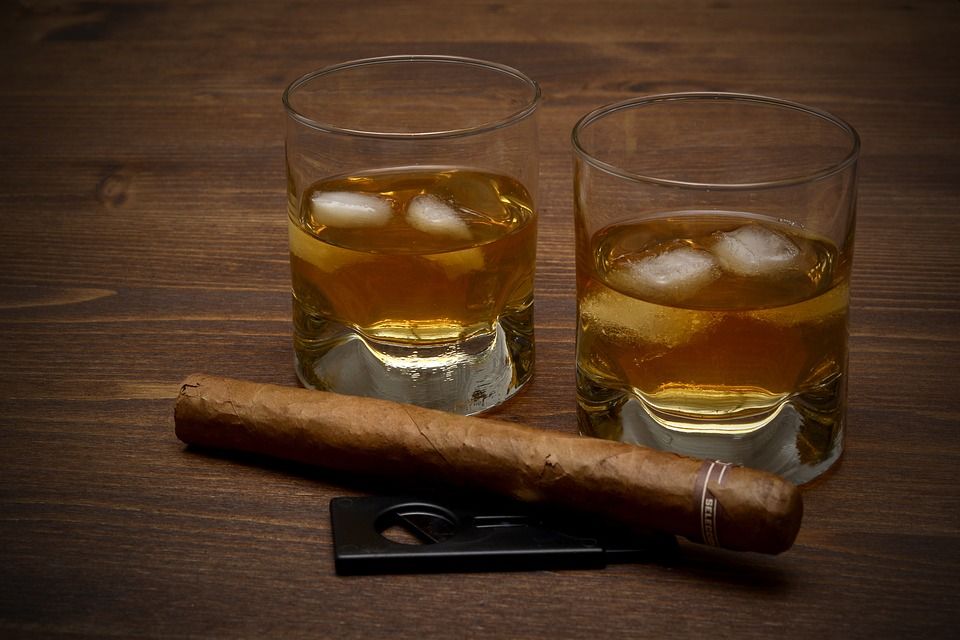 In Alice Schroeder’s book – The Snowball, she recounts a great story about Warren Buffett, the twenty nine year old activist, who was fed up with Sanborn Board members refusing to distribute the company’s investments to its shareholders, and instead wasting shareholders money on cigars. It’s also an early illustration of his cleverness in minimizing tax by swapping investments, tax-free, for stock. Here’s an excerpt from the book:

In March 1959, Warren took one of his regular trips to New York, staying out on Long Island at Anne Gottschaldt’s little white colonial house. By now she and her sister had adopted him as a sort of surrogate son, as if to replace the long-dead Fred. Warren kept spare sets of underwear and pajamas at her house, and Gottschaldt made him hamburgers for breakfast.

On these journeys, he always set out with a list of between ten and thirty things he wanted to accomplish. He would go to the Standard & Poor’s library to look up some information. He would visit some companies, visit some brokers, and always spend time with Brandt, Cowin, Schloss, Knapp, and Ruane, his New York City network.

This particular trip was lengthy, about ten days. He had sit-downs with prospects for the partnership and another important appointment: his first meeting as a board member at Sanborn Map. Sanborn’s board consisted almost entirely of insurance-company representatives—its biggest customers—so it operated more like a club than a business, except that the board meeting wasn’t followed by a round of golf. None of the board members owned more than token amounts of stock.

At the meeting, Warren proposed that the company distribute the investments to the shareholders. But since the Depression and World War II, American businesses treated money as a scarce commodity to be hoarded and husbanded. This way of thinking had become automatic, its underlying premise unexamined, even though the economic justification for it had long disappeared.

The board responded to the idea of separating the investment portfolio from the map business as preposterous. Then, toward the end of the meeting, the board broke out the humidor and passed around cigars. While they smoked, Warren sat fuming. “That’s my money paying for those cigars,” he thought. On the way back to the airport, he took pictures of his children out of his wallet and looked at them to bring his blood pressure down.

Frustrated, Warren decided that he would take the company away from Sanborn’s undeserving board on behalf of the other shareholders. They deserved it more. Therefore, Buffett’s group—Fred Stanback, Walter Schloss, Alice Buffett, Dan Cowin, Henry Brandt, Catherine Elberfeld, Anne Gottschaldt, and some of the others—kept buying. Warren also used new money coming into the partnerships. He had Howard put a number of his brokerage clients into Sanborn. Warren was probably doing his father a financial favor, even as he tightened his grip on the company.

Before long, people friendly to Warren, including the famous money manager Phil Carret, who had bought Greif Bros. and Cleveland’s Worst Mill after hearing of these stocks through Warren, had corralled about 24,000 shares. Once they had effective control, Warren decided it was time to act.

The stock market was high, and he wanted Sanborn to unload its investments at an opportune time. Booz Allen Hamilton, the company’s strategic consultants, had already submitted a plan to do this, but the sticking point was taxes. If Sanborn sold the investments, it would have to pay a tax bill of about $2 million. Warren offered a solution similar to the Rockwood & Co. tax trick of swapping the investments, tax-free, for stock.

Another board meeting took place at which nothing happened except for more of the investors’ money going up in cigar smoke. For a second time Buffett rode back to the airport looking at pictures of his kids to calm himself down. Three days later, he threatened to call a special meeting and take control of the company unless the directors took action by October 31.

His patience had run out.

Now the board had no choice. It agreed to split the two businesses. Even so, the issue remained of how to deal with the tax. One of the insurance men said, “Let’s just swallow the tax.”

“And I said, ‘Wait a minute. Let’s—“Let’s” is a contraction. It means “let us.” Who is this us? If everyone around the table wants to do it per capita, that’s fine, but if you want to do it in a ratio of shares owned, and you get ten shares’ worth of tax and I get twenty-four thousand shares’ worth, forget it.’ He was talking about swallowing two million dollars’ worth of tax just because he didn’t want to go to the trouble of doing the share buyback.

I remember the cigars getting passed around. I was paying for thirty percent of every one of those cigars. I was the only guy not smoking cigars. They should have paid for a third of my bubble gum.”

In the end, however, the board capitulated. Thus, through force of energy, organization, and will, early in 1960 Warren won the fight. Sanborn made a Rockwood-type offer to shareholders, exchanging a portion of the investment portfolio for stock.

The Sanborn deal set a new high-water mark: Buffett could use his brains and his partnerships’ money to alter the course of even a stubborn and unwilling company.