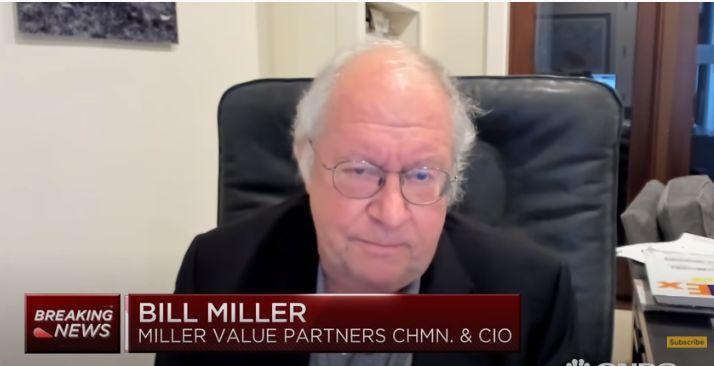 In his latest interview with CNBC, value investor Bill Miller discusses why he believes traditional value names are set to take off. Here’s an excerpt from the interview:

Question: Are you one of the people who thinks that the long long awaited overdue kind of shift to value is here especially because we started to see this pause when it looked like the blue wave wasn’t coming? So is that just a temporary setback?

The two corrections that we had in the mega cap names and overall the other names did quite well, and then that got reversed out because of the expectation that Mr Biden is going to win but the republicans are going to keep the senate.

I think it’s going to be much more balanced going forward but I think the advantage will be to value because I do believe that the fed… it’s going to take the fed a while but they will, if they stay the course, they will be able to get inflation to 2%, and it’s going to go higher if they do that because they want it to be symmetrical around two. So they’re gonna have to let it get to three or so.

That means greater pricing power for the value names and obviously that means greater growth because both sides of the economy are growing. So growth won’t be so scarce as it is and so the great growth names, which are still going to do fine I think, but they’re not going to do as well relative to the market as they have done.