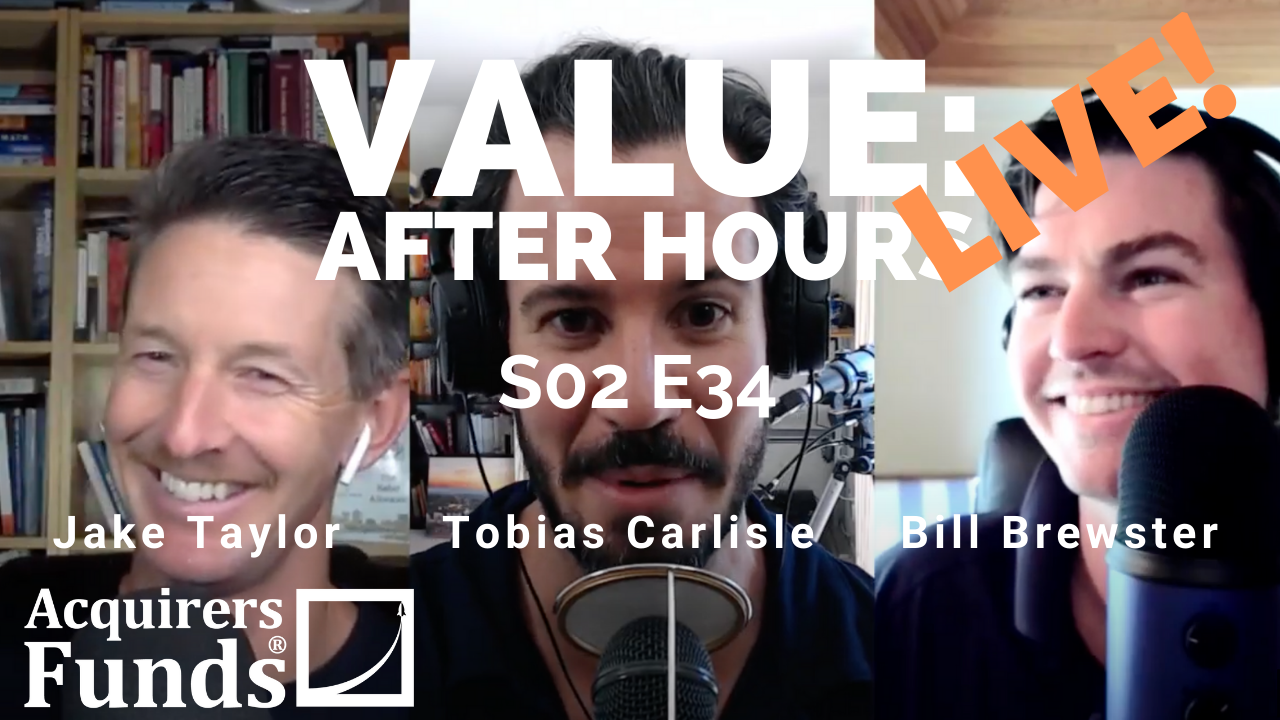 During their recent episode of the VALUE: After Hours Podcast, Taylor, Brewster, and Carlisle discussed Dan Loeb on his strategy $TPOU. Here’s an excerpt from the episode:

Toby: I’m excited about Loeb. I haven’t really followed him that closely for a while, but I’m a huge fan because Dan used to write the wonderful poison pen letters. When I first started concentrating on this stuff, these were the guys– Loeb wrote the best letters, and he got the idea from Bob Chapman who is an LA-based activist, I don’t know where Bob is these days. But he came up with the idea of sending the nasty grams to embarrass managers into doing things. Then to move to a long way on from there, he doesn’t do that stuff anymore. Still sort of does a little bit of activism though. It’s kind of an interesting– so I got his most recent letter, he makes some interesting points. And he’s just talking about his own strategy here, and I thought it was interesting. Sorry to keep saying that.

Jake: Was it interesting?

Toby: It was interesting. He says, “When investing in a quality or compounder company, it’s critical to find an entry point at which an investment is attractive, since most of these businesses trade at relatively high multiples.” So, he says, “Most successful activist investments have had these characteristics, but were able to find appealing entry points when they were changing positively in terms of quality.” And so what they were doing was he’d look for, “Basically, they’re looking for these activist event-driven situations that are quality companies where they can– because they have this event-driven focus, they have this unique window into the creation or evolution of a quality company since they’re often born out of corporate events or management changes.”

As I was reading, it reminds me a little bit of the way Buffett goes about these things. He’s looking for– and that’s his big aim exposition was basically it was a very good company, but it was in a crisis. And he thought, “If I can get this thing at a huge discount, I’ve got two ways that I can win here. If this thing recovers–” Sorry, this is what he learned from it. He didn’t think it prospectively. “When this thing closes that huge gap between the discount to what it’s worth and where it’s trading,” assuming that it survives this period, “Then you own it, and it continues to grow and compound after that.” So, it seems to me that that’s what Loeb’s doing.

I sort of slightly misspoke last week when I said he clearly crushed in the first decade of the millennium. He did crush it in the first five years of this decade. Second decade of the millennium, the last five years, he’s like every value guy, just been caught a little bit. When I read that first line of his, where he said– sorry, let me just pull it up. Sorry for the dead air. Folks are going to try and find us.

When investing in a quality or compounder company, it’s critical to find an entry point at which an investment is attractive. I thought, “Ah, there’s his problem. That’s why he struggled so much over the last five years,” because everybody knows stocks never go down. Stocks only go up.

Bill: He just needs to redefine attractive. I do think something that’s interesting is, a lot of people that I really respect will hold through periods of overvaluation, but they’re not interested in buying. It’s an interesting comment. Your Bears interview that just dropped, he mentions the same thing where if it gets a little stretched, they’re willing to hold on. I think Akre has said, “The problem with selling when you get to overvaluation is you don’t know that you’re going to be able to get back in,” so the pain of maybe a little bit of underperformance due to overvaluation is not the end of the world. [sneezes]

Toby: Yeah, I’m slightly coming around to that– [crosstalk]

Jake: Does that apply to Buffett and Apple today?

Bill: Yeah, I think it applied did Coke.

Toby: The funny thing is that they still get no credit for it. He’s getting a little bit– there are a few articles around now like what a great position, but Berkshire gets no credit for it.

Bill: Dude, people are starting to say what you’ve been saying. And it’s funny how now, this is the greatest trade ever is starting to come out. I’m like, “Yeah, Toby’s been saying this for like months.”

Bill: Yeah. I’m not calling the top until it hits $5 trillion.

Jake: By the way, a listener pointed out to me about– there’s different scales apparently between trillion and billion. There’s like a long scale or a big scale, long scale, small scale. And I guess it’s a British versus American, whatever, but in there, a billion I think, could have been giga. We could have had giga dollars this whole time. And nobody’s been saying it. And now, we’re going to get into like peta dollars. Jay Paul really wanted to be revolutionary, he needs to start using those kind of terms.

Bill: I was listening to Peter Schiff the other day, and I noticed that every time I listened to him, I just get intense anxiety. And part of the problem is, I think he’s sort of on to something here. Now God forbid, I say that people are going to be like, “Oh, broken clocks are right twice,” but the problem is, if he’s right, we’re fucked.

Toby: I think he’s right over long term, and in the short term, who knows. It clearly can be pushed away from value. The divergence between price and value can take a long time to resolve. It’s for your grandkids to worry about, mate, but don’t worry about it.

Bill: I don’t know. I’ll tell you where it’s not. Where it’s objectively not is, and I’m in– It gets into politics. But what I find interesting is the data right now seems to support the idea that Biden has a pretty strong probability of winning now, whether or not you want to believe the polls is a different issue. So, you think tax rates are going to go up in that scenario, and then on top of that, further disparity in the wealth gap seems to increase political risk. Yet again, stocks go up. I know just get long for the win. But also, yikes.

Toby: In the Mad Max hellscape that follows on from all of this, at least you know that stocks are going to be up a lot, so you can’t lose.

Toby: Yeah, a new warlord Davey Day Trader, whatever he’s buying is going to work. Don’t worry about it. Make sure you’ve got internet connectivity so you can trade from your phone.

Jake: Davey, he’ll be the one shareholder and then everyone else will be indexed. And they’ll just go off of what he’s doing.

Jake: He’ll set the price, yeah, for everything. And it’s always an uptick. So, back to Loeb.

Jake: He’s had five years, is that accurate?

Toby: Yeah, I thought that of everybody, he avoided it, but I probably haven’t looked that closely over the last four years. So, he’s struggled– I think he topped out around 2016 and has drifted sideways since then. And you can see they’ve got a publicly traded vehicle. It’s just changed its name, but third point something traded on the LSE. They’ve done a little buyback. I guess they’re upset about the discount to NAV. Kind of Interesting.

Jake: The reinsurance, is that what’s publicly traded, like Green Lights? I might be wrong on that.

Toby: I don’t know. I want to say that it is, but they’ve changed the name. So, I don’t know exactly what it is now. It could just be a closed-end fund. It might just be funneling money back into the partnership. I guess there’s no– actually, I don’t know, people should look at that themselves. But it is publicly traded, so you can buy it and there’s an OTC ticker over here as well that I found when I was looking, which is why the letters are publicly available because the letters are posted on Seeking Alpha, which is unusual for a lot of these guys that letters don’t get out into the wild, but his do. Very clearly written– I think, like Ackman’s closed-end fund, it’s probably one of the better at the time when it was trading at a big discount to NAV and he was kind of at his low. That was probably a good trade. I think Loeb is at his low ebb and big discount to NAV and they’re doing something about it. So, it’s an interesting position to look at.

The problem is that I just think there’s so much stuff out there right now that it’s hard to pick any one thing over anything else and I’d rather just stick to my own process at the moment.

Jake: Yeah. It’s fair. You know what the biggest position is in there? What kind of stuff is he even in?

Toby: Damn, that’s a good question. He’s talking about some of his older positions.

Jake: I’m giving you an F on your homework for this.

Toby: I’m not trying to replicate.