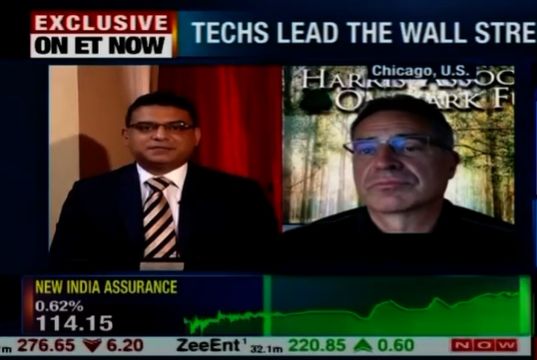 During his recent interview with ET NOW, Bill Nygren discussed the impact of intangibles and GAAP accounting, what he looks for in prospective investments, and his thoughts on the current resurgence in day-trading, and why it will not end well. Here’s an excerpt from the interview:

I think the problem with what we’re seeing today is kind of a resurgence of day trading and this is again reminiscent of what we went through in 1998-1999 when the stock market was going up it just looked so easy and you had people quitting their jobs because they were making so much money day trading.

It didn’t end well it never does! Anything other than basing investment decisions on long-term business fundamentals eventually is destined to fail.

But I think the reason it’s so popular right now is most of the world doesn’t have as much sports going on as they did pre-pandemic. So sports gambling isn’t an outlet. You’ve got a lot of people working from home so they have more freedom with their time during the business day. They’re looking at the stock market for entertainment value.

We think that’s dangerous and it’s worked well for people since work from home started in March. The S&P is up 50 percent so almost anybody who’s been doing this has been making money and the longer that goes on the smarter they think they are. We think that’s when it’s becoming very very dangerous.