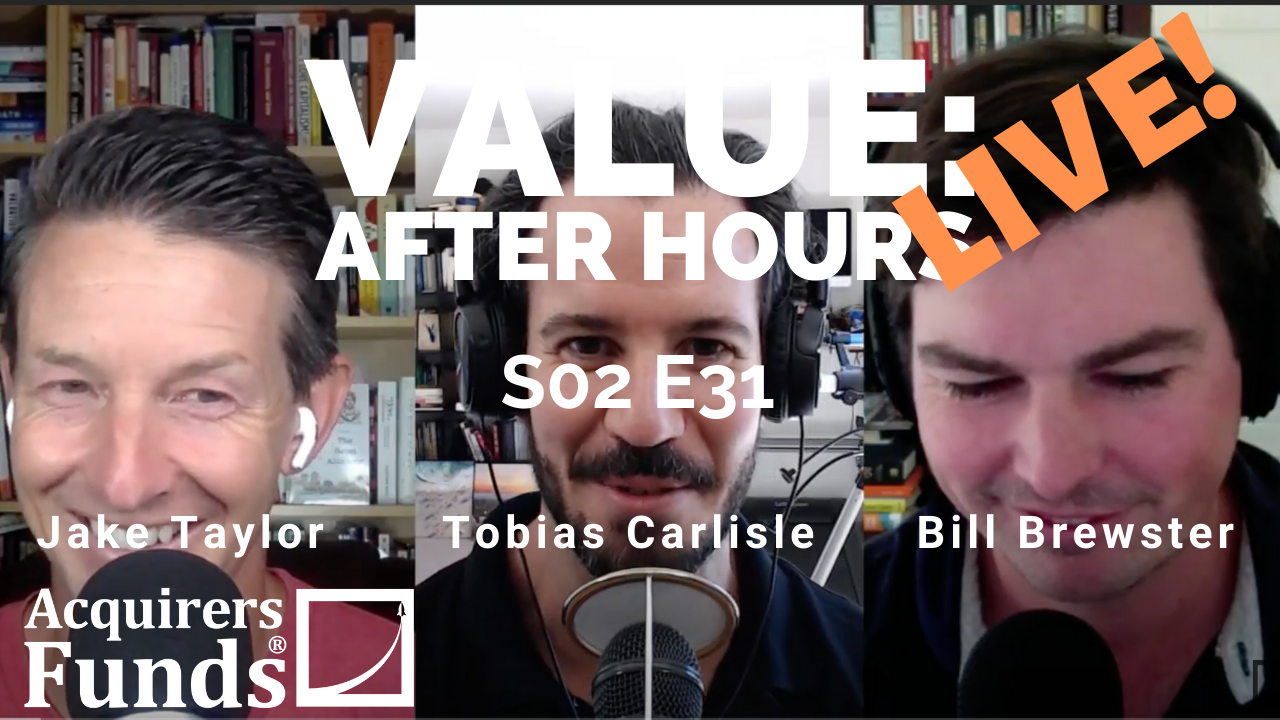 During their recent episode of the VALUE: After Hours Podcast, Taylor, Brewster, and Carlisle discussed Warren Buffett’s $800 Million Bet On $BAC. Here’s an excerpt from the episode:

Tobias: This is slightly off-topic, but every time I say that, Buffett’s got– Bill’s article came out with Buffett’s got the best–

Bill: That’s not mine.

Tobias: The Business Insider article, I’m not– this is not–

Bill: They just asked me some quotes, and I just parroted something you had said.

Tobias: I’m not criticizing at all. This is the only point that I make–

Bill: I [crosstalk] I stole it from you but it’s not.

Tobias: The reason that Buffett is the best investment ever is that Buffett was a totally known quantity and had to put a huge amount of money into it and now it’s gone up three times in a very short period of time. Tencent doesn’t–

Bill: And it was something everyone could have seen. That was in front of the world.

Bill: Everybody else was too scared and he had massive balls.

Bill: There’s some Intel questions on there. I don’t really know about Intel versus AMD. I’ll tell you what pisses me off is that I miss Taiwan Semi because that I sort of understood and that from my understanding is a scale game and I look for scale games and I fuckin’ miss that and I’m disappointed in myself.

Tobias: You know who’s got a big chunk of that? Perth Tolle and Freedom. Shoutout to Perth. That’s her biggest holding, I think, so good for her.

Tobias: A SPAC is cheaper than an IPO. Yeah, because you’re just raising cash, so there’s nothing to disclose. There’s no DD, then you’re backing these guys to go and do the DD. It’s cheaper for the person listing the SPAC. It’s not cheaper for the investor.

Jake: Eventually, it won’t be.

Tobias: I don’t care what it cost those dudes.

Bill: It’s so hard for me to read the economics on SPACs and get amped up about funding them.