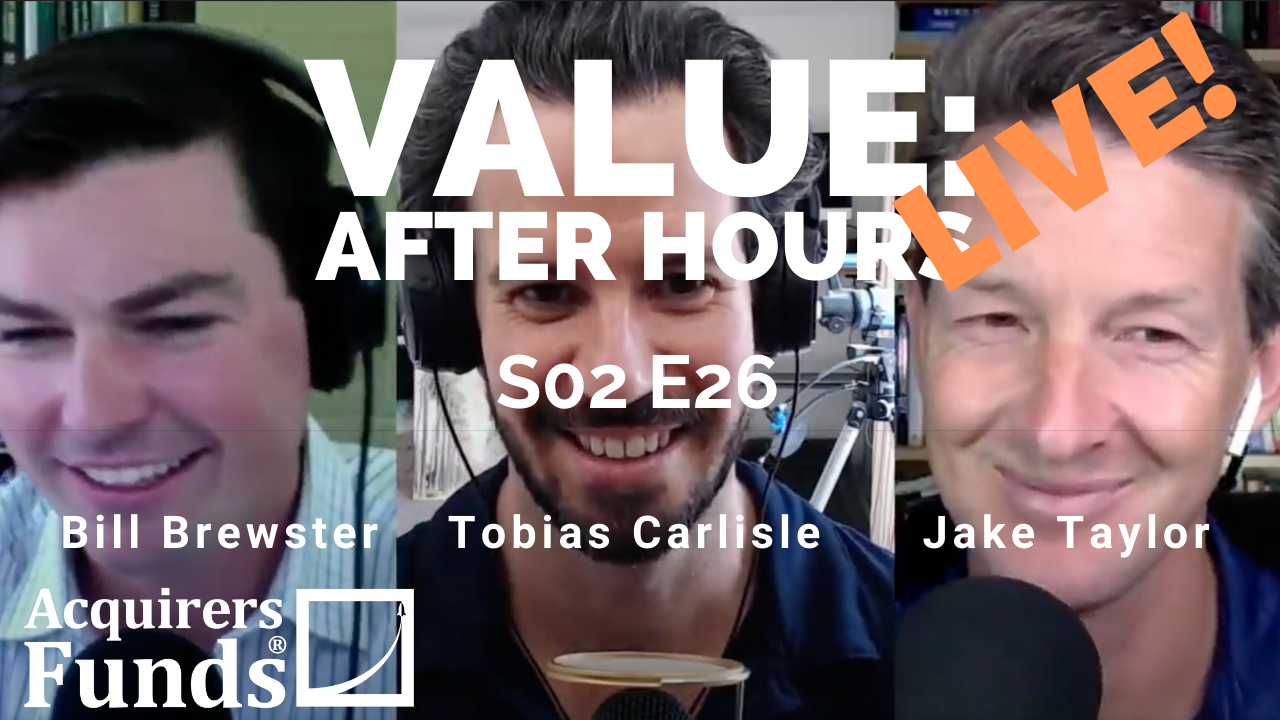 During their recent episode of the VALUE: After Hours Podcast, Taylor, Brewster, and Carlisle discussed How Would A Young Warren Buffett Invest Today? Here’s an excerpt from the episode:

Tobias: Got a good question. Got a Superchat. So, the question was, Buffett gets a million dollars. What does Buffett do to get his 50% a year out in this market?

Bill: Man, if I knew that I’d be doing it myself.

Bill: I bet given his knowledge base today, it would probably be something Beshorey. I’m not sure he would be in the market. He might go liquidation on some small caps and run some activist campaigns. That dude was a monster when he was young. It wasn’t always some jovial grandpa.

Jake: Get that inventory below this line that I painted in the warehouse or else you’re all fired.

Bill: Yeah, you get Buffett some money today and give him some hunger, I think he’d probably go activist on some names.

Bill: I don’t know, man. That’s outside his circle, but maybe.

Tobias: [crosstalk] Korean flour mills in his PA. I think—[crosstalk]

Tobias: Small-cap value is really bombed out. You can find some names in there that are too cheap. You take your million, put it with your other, invest this money or maybe just do it by yourself. I don’t know. There’s probably some stuff that’s small enough where you could get control. That’s really difficult stuff to do and you’ve got one bullet so you don’t want to get it wrong.

Bill: Yeah, then you go activist. You create some value and then do it. Yeah, that’s what I would bet he would be more likely to do.

Jake: Why aren’t we doing that then?

Bill: No. [laughs] Whoever you are, watch your risk.

Tobias: Not with the whole million, obviously.

Bill: It all depends on how you’re sizing it.

Tobias: Sticking it to Kelly?

Bill: My response to that is I have no sense of how to assign the probability of winning in that particular game.

Tobias: And then you go activist.

Bill: I’m just not sure I’m going after that math.