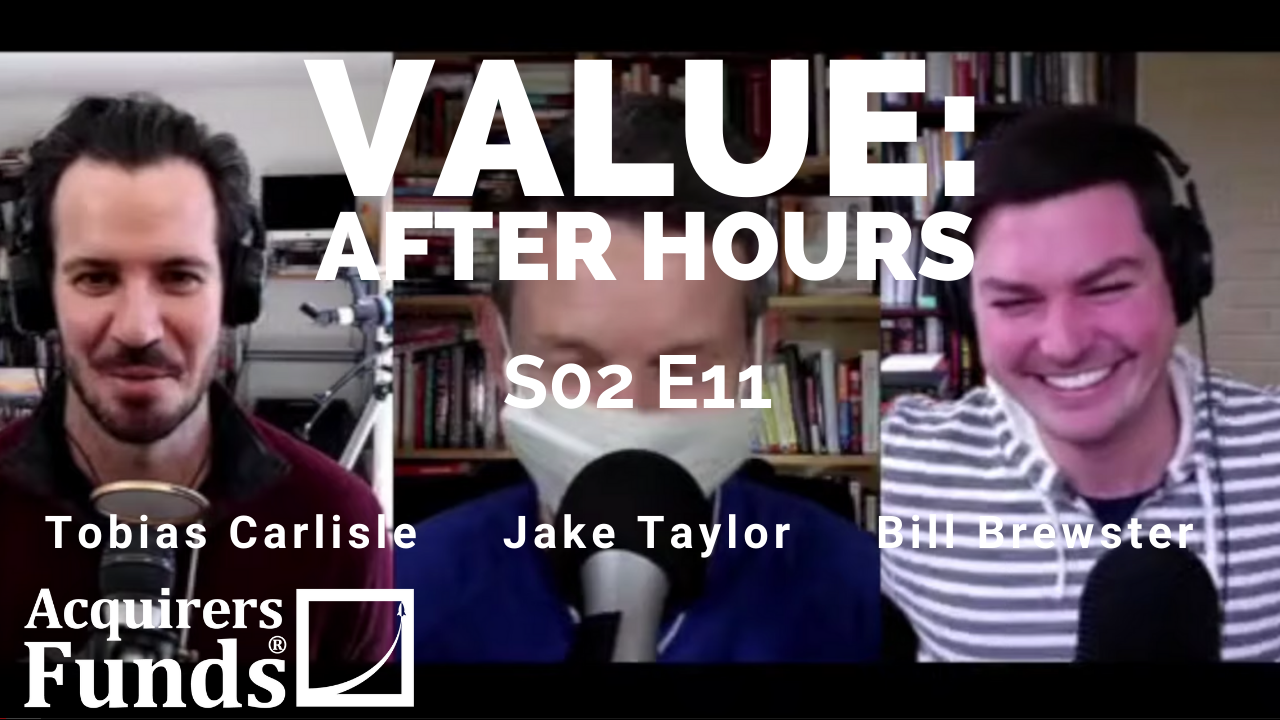 In this week’s episode of the VALUE: After Hours Podcast, Taylor, Brewster, and Carlisle discussed The Importance Of Focusing On Antifragile Businesses. Here’s an excerpt from the episode:

Bill Brewster:
Yeah, I’ve been super public about thinking the airlines are different. That has been a situation where if in my underwriting you had said, okay, well what happens if you just chop revenue in half for a year or make it go to zero, park every single plane in the U S and what’s your business look like now? I would have dismissed that as like, what are you even talking about, right. And I guess what this has really forced me to think about is that’s actually a possibility and it’s certainly more probable than I thought it may be, and maybe we are looking at a black Swan, right?

Bill Brewster:
I mean maybe this is sort of the left tail manifesting itself. Maybe it’s just sort of natural order of things. But I think that really thinking about how resilient the businesses that I own are and do I want to really own them through the downside and not being as dismissive of what risk looks like.

Tobias Carlisle:
How are you assessing the resiliency?

Bill Brewster:
I think that with the airlines it’s sort of different. I mean, I’m concerned and remain concerned about liquidity and I have always been like, well, I’ll just buy the best of breed in balance sheet. But I mean it’s a lot of operating leverage in the short term and they burn a fair amount of cash. Now, they get some help on oil and you have your yields are like 65% I think I heard. But they’re losing all the business booking, and that’s a lot of the front end booking.

Bill Brewster:
There’s a lot of margin in that and I’m not sure the business … Like in the social media age, I don’t think you want to be the first business or a set of businesses that say go travel again. So I don’t know how long this can last. I think people are, or I know I certainly underestimated how long this could last because I thought it would be like a shock event and then you move on. I think they’re doing all the right things.

Bill Brewster:
I just don’t know how much is in their control. I think you find out after it. So to that extent that business fundamentally will always warrant a lower multiple than something like charter where you do have subscription broadband revenues that even if we all have to shelter in place, they’re getting paid.

Bill Brewster:
So that’s just sort of the stuff that I’ve been thinking about. And like I said, I sold ABM Bev. I was obviously wrong if I sold, I wish that there were alternative paths to the world that I didn’t have to play this hand, but this is the hand. So maybe in the future, I focus a little bit more on anti fragile businesses.

Jake Taylor:
Where’s the anti fragility come from for you? Is it just the balance sheet?

Jake Taylor:
How about management?

Bill Brewster:
Yeah, a ton and culture. I mean, I’m not at all worried about Markel and Sarov and Tom and Dan doing the right things right now. It doesn’t even cross my mind. If the stock got chopped in half, I’d be like, all right, cool, let’s go. These are my soldiers, I’m down to ride. Some of these other businesses though, I don’t feel that way about, and that’s why I sort of have avoided some of the less … I hate to pick on it, but like, EAF, now you get to see what credit risk on those contracts actually looks like. Is the steel industry ready to do this, if this is a prolonged problem? I don’t think so. That’s why I never really liked that idea.

Tobias Carlisle:
This is slightly tangential, but along the same line, energy a few days ago got absolutely taken to the woodshed. Oils are so much-