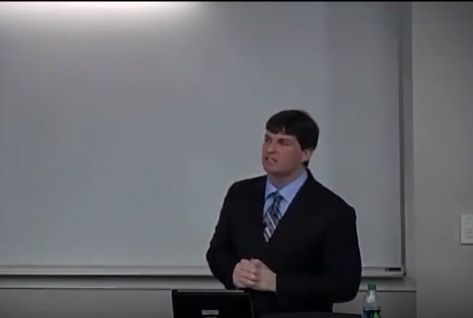 Here’s a great lecture by Michael Burry at the Vanderbilt University in 2011 in which he discusses how the financial crisis happened, why it should have been obvious to everyone, and what was the secret sauce of the doomsday machine. Here’s an excerpt from the lecture:

So seeing the economy on the verge of collapse I did the logical thing, I sought to profit from it. Specifically I set out to buy credit default swaps on subordinated tranches of subprime residential mortgage-backed securities and that’s where I lost my investors.

In fact in doing so I gained a new level of insight into how Wall Street really works. I called different Wall Street firms, banks with which I had prior relationships due to my trading of distressed debt. I asked them to… tried to convince them to trade in this market with me.

Initially I found no takers. This was March of 2005. The whole effort was complicated because it was important to me that the security, this instrument that I’d like to use to short the market would be standardized such that if I bought a credit default swap from one dealer counterparty I could easily trade that credit default swap to another dealer counterparty bespoke. One-off contracts were full of contract and counterparty risk that I would not tolerate.

In the first days of June ’05, the first trades that officially went through, we would ultimately use nine different Wall Street dealer counterparties. Well first I’d say Lehman and Bear I avoided for obvious reasons, even back then. Goldman Sachs featured very prominently early on, they were a very anxious crew. To be clear these credit default swaps that I’m buying would rise in value as mortgages are written off and the value of these tranches fell.

Goldman Sachs in the spring of ’07 appeared to us to want to make its trade bigger. They wanted a bigger piece of the Big Short. A lower price therefore it would benefit Goldman Sachs and that’s how Wall Street works. In late June of 2007 credit spreads started marching higher and then they just took off once Goldman was on the same side as my trade.

How could it even get close to the gross product of the world. Credit derivatives on an underlying asset could be worth multiple orders of magnitude more than the asset itself is worth because all asset backed securities, all asset backed derivative securities, settled in cash pay-as-you-go. That was a secret sauce of the doomsday machine.

You can watch the entire lecture here: