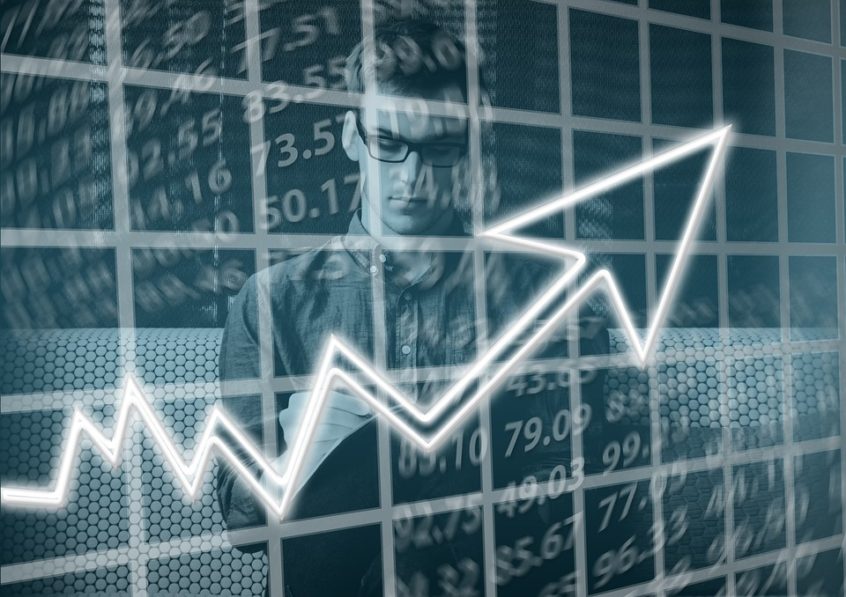 One of the firms we follow closely here at The Acquirer’s Multiple is that of Whitney Tilson at Empire Financial Research. In his latest piece Tilson provides some fascinating research from his colleague Enrique Abeyta on what history tells us to do when the S&P 500 falls more than 5% in a two-day period, like it did recently. Here’s an excerpt from the article:

1) One of the first – and most important – things I did when I started Empire Financial Research was persuade my longtime friend Enrique Abeyta to join me. He’s not only an industry veteran with a great track record, but he thinks differently than any investor I know. I’m more traditional, which is neither good nor bad… but the key is that we complement each other well.

Enrique sent me this e-mail last night and was kind enough to allow me to share it with my readers as well:

I’ve been actively trading in the markets for the last 25 years and am a keen observer of patterns.

Something just happened that’s extremely rare: the S&P 500 fell more than 5% in a two-day period.

I actually think that a super-high-velocity move like this is very bullish because it’s a sign of quickfire panic as opposed to an unwinding of liquidity.

Furthermore, if you eliminate the roughly two and half years of clear “bear market” periods (which we’re clearly not in right now), it has happened only 12 times – or 0.27% of the time.

For each of these dozen instances in which the S&P 500 fell 5% or more in two days, guess how the market did over the next 10, 30, and 90 days? The numbers are astounding, as this table shows: 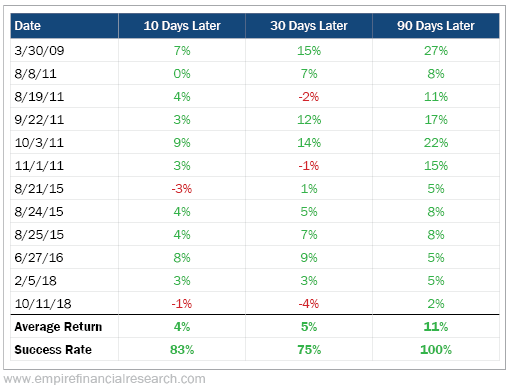 The conclusion is clear: buy the f**k out of this market…

You can find the original article at Empire Financial Research here: