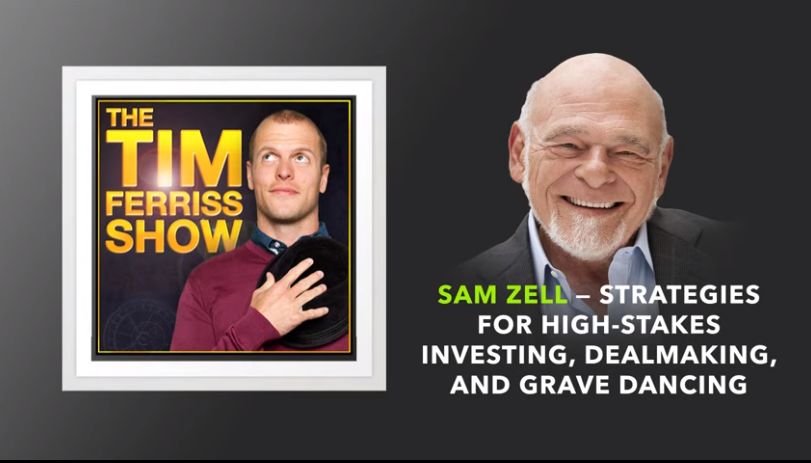 We’ve just been listening to a fantastic interview with Sam Zell on Tim Ferriss’ podcast. During the interview Zell speaks about one of his most successful investments and a lesson that he learned that’s important for all investors:

Where there’s no competition you can produce exceptional margins.

I think that one of the most significant things that happened was that while I was in law school I went home and I sat down with my father. My father had been a very successful businessman and had joined other people in investing in quote unquote commercial real estate opportunities.

So I came to him and I said tell me about your deals, and he kind of proudly looked at me, so sure, and he started describing it to me the deals he had invested in. When I listened to him I realized there was a consistent theme to what he was talking about and basically he was investing in deals that were in major American cities New York, Chicago, Los Angeles, San Francisco, but nowhere else.

Second of all he was getting what he was very proud of was a 4% return and I had been doing deals in Ann Arbor where I was getting 16, 20, 25% and I just didn’t understand. Then I realized how I came to the conclusion that what he and his buddies were doing or investing in what was already existing proven commodities which were the major cities and that in effect if I were willing to invest outside of those major cities, I was in a competitively better position.

Whereas he was investing in New York, Chicago, and Los Angeles etc, I ended up investing in Ann Arbor and Madison Wisconsin and Tampa and Jacksonville and Orlando and Reno Nevada and Arlington Texas.

So that’s when I kind of learned about, or I didn’t really understand what I was learning at the time, but what I really concluded was that competition was terrific, particularly for somebody else but for me. The real goal was to find situations where I could operate in a competitive environment, that gave me the edge, and that became a principle of everything that I did.

So whereas the first major deal I did was an apartment building in Toledo Ohio, and you got to understand that part of the time, not too different from today, Toledo wasn’t a very popular place and I was keenly aware of that but what I realized also was that because Toledo was a car manufacturing center and because it was referred to often as the armpit of the nation, and in a very negative environment, that also meant that no insurance company that made all the loans for real estate was gonna underwrite a deal in Toledo.

When the statistics, the city was shrinking etc, but all I looked at was the fact that I was able to buy one of the few apartment buildings in town. So I didn’t have any competition. So that deal was one of the most successful deals that I had ever done simply because there was no competition and therefore – where there’s no competition you can produce exceptional margins – and that was a great first lesson.

You can listen to entire interview here: