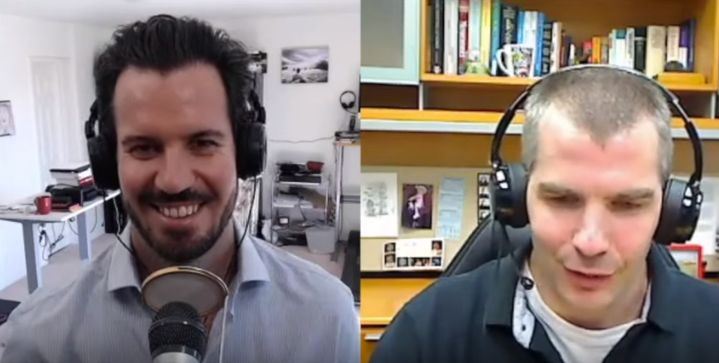 During his recent interview with Tobias, Lawrence Hamtil, Principal and author at Fortune Financial Advisors, discussed the ‘Sin Premium’ and how sin stocks can be very profitable. Here’s an excerpt from the interview:

Tobias Carlisle: And one of the things that I’ve seen you speak about or tweet about is some of the tobacco stocks. You like tobacco as an industry?

Lawrence Hamtil: I do. Personally, it’s one of my largest holdings as far as an industry goes. I think you have a lot of positive things going for it, which is you have a huge barrier to entry because of the regulations. Kind of the ban on advertising makes it difficult for new players to compete. It also allows the companies to return a lot of cash to shareholders.

Lawrence Hamtil: I think if you look at the products, even though the absolute or the percentage of people smoking in the US has been declining steadily, the absolute number has more or less stayed the same. Of course, the population has grown, changing the percentage, but what you see there is the ability of these companies to raise prices again and again, and so, their profit margins have been high. And they’ve continued to make money even as their product sales have declined on a somewhat continuous basis.

Lawrence Hamtil: Globally speaking, out of seven billion people, I think the number’s a billion who still smoke. And so, there’s still a demand for these things, for better or worse, and I think in an industry that is dominated by a few companies around the world that are relatively insulated against competition, there’s a lot to be said for it.

Lawrence Hamtil: Of course, you can look back historically and see that there’s a lot of potential there. Currently, the industry is out of favor, but there’s a element of cyclicality to it. People tend to not want to own these companies because their products are harmful to people, and that tends to push the valuations lower. But that also tends to be a boon for the people who are willing to own then, because as you know, lower valuations tend to work themselves out to higher forward returns.

Lawrence Hamtil: That’s the so-called sin premium, if you will. Yeah, I think that there’s a lot to be said for it. Past results of course don’t indicate anything as far as what the future may hold, but I do think the fundamentals of the industry are still relatively strong, especially on a global basis.

Lawrence Hamtil: And for people who are interested in owning the shares, I think personally, like myself, you just have to understand that there are going to be periods when regulation and so forth are unfavorable. Investors are going to shy away from the stocks, multiples will compress, and it’s not necessarily always going to be a smooth ride.

Lawrence Hamtil: And of course, I think one thing that attracts me to consumer staples in general is there tends to be a little bit of a lack of outside disruption. If you look at the best-performing industries over time, tobacco, alcohol and so forth, they’re asset-light companies, relatively stable cash flows in terms of the economic cycle, and they’re not necessarily going to be disrupted.

Lawrence Hamtil: If you look at Apple, for example, before the iPhone, Nokia was the major cellphone maker in the world. And of course, Apple came along and upset that, and it seems to me, with technology and so forth, there’s always something new and better that’s coming along. In the staple sector as a whole, that seems to be less the case, because those products are going to be in demand, generally speaking, without much interruption.

Lawrence Hamtil: So, I think, I’ve written a lot about that sector. I tend to favor boring industries and companies, myself. I’m a suffering tobacco investor at the moment, but I’m not giving up on it.

Lawrence Hamtil: I wish I had his success…

Tobias Carlisle: It’s early days. When you see that valuation compression in tobacco, is it because of something like vaping? Are you concerned that that potentially steals some of the returns to tobacco, or do you think that that is something that just helps the industry?

Lawrence Hamtil: Well, it’s an interesting question, and I’m not sure that I have all the data yet to answer it, and I’m not sure anybody else does, either. But some analysis that I’ve seen has indicated maybe it’s a little too hopeful. I don’t know.

Lawrence Hamtil: But the vaping is not necessarily just a cannibalization of current smokers, but might also be attracting people who never consume nicotine in the first place. So, you go maybe from a so-called melting ice cube to something that sort of expands the potential profit pool.

Lawrence Hamtil: And I think that there is that potential. That remains to be seen; it’s early on. But then, you look at the global marketplace for tobacco, each country I think is going to have different results. So, it’s looking at the US and extrapolating to the rest of the world might be misguided.

Lawrence Hamtil: But I think, one way or another, combustibles are going to be a big part of the global tobacco portfolio for a time to come, and vaping will probably take some share away from that. But I’m not convinced that it will be kind of a cannibalization, if you will. I think that there’s some upside potential there, as well.

Lawrence Hamtil: But it’s still early on, and there needs to be a little bit more results to be studied, to see exactly what effect it will have.

Tobias Carlisle: Do you like the vice or sin industries as a whole? I mean, we’ve talked about alcohol. I think aerospace and defense falls into vice or sin, and maybe marijuana stocks are kind of in that category now, as well.

Tobias Carlisle: I don’t know what else you’d expand it to include, but it’s traditionally also included casinos and gambling.

Lawrence Hamtil: Yeah. I think historically, these industries in the so-called vice portfolio have outperformed, and Pem Van Fleet, who is a friend of mine, he’s kind of the expert on low-volatility stocks, and he and his colleagues at Rubiko… Rubeko, if I pronounced that correctly, wrote a paper about the so-called sin anomaly, and they basically broke it down into I think value, low volatility, and quality.

Lawrence Hamtil: And I wrote a blog post about casino stocks which, for whatever reason, have tended not to follow the path as the other so-called sin industries. You mentioned that alcohol, tobacco, aerospace, and defense, all of those have done very well, but they also screen pretty well as far as the factors of quality, low volatility, and value.

Lawrence Hamtil: Casinos do not, or have not, and I think that’s, for example, one reason why I say not all sin stocks are created equal. You have to be aware, too, that there might be a high degree of leverage, or cyclical earnings, whatever the case might be, that makes those industries a little bit subpar compared to their peers in the so-called vice portfolio.

Tobias Carlisle: It’s something that I find interesting, and it’s not something I fully understand, but I don’t know why casino stocks tend to be so bad. But they seem to be very boom/bust. Their busts are terrible! And I don’t know if it’s because they’ve got… because it is all that leverage they tend to have to build the casino, and I guess the revenue side, that must be cyclical. It’s that when times are tough, people don’t go to Vegas.

Lawrence Hamtil: I’m sure that has something to do with it, too, and I think one, and I’m no expert by any means, but I think one other element that the other sin industries have is what we call wide moats or high barriers to entry. It’s difficult, for example, as we discussed in the tobacco industry for new players to come in. In the aerospace and defense industry, it’s a difficult marketplace to disrupt incumbents and so forth.

Lawrence Hamtil: Casinos don’t seem to have that added element of insulation against other competitors. For example, you can go to Vegas, you can go somewhere else around the world to gamble; I don’t know if that has any impact whatsoever that… Just seems like the fundamentals of that industry are worse compared to the others in that category.

Lawrence Hamtil: But you’re right. I mean, the booms and busts are pretty epic in the casino industry. It’s not for the faint of heart to hold those shares.

Tobias Carlisle: You only hunt in them when they’re in a bust. And when you see the boom coming, you sell them.

Lawrence Hamtil: That seems like a fair assessment, but it would require a braver person than I am.