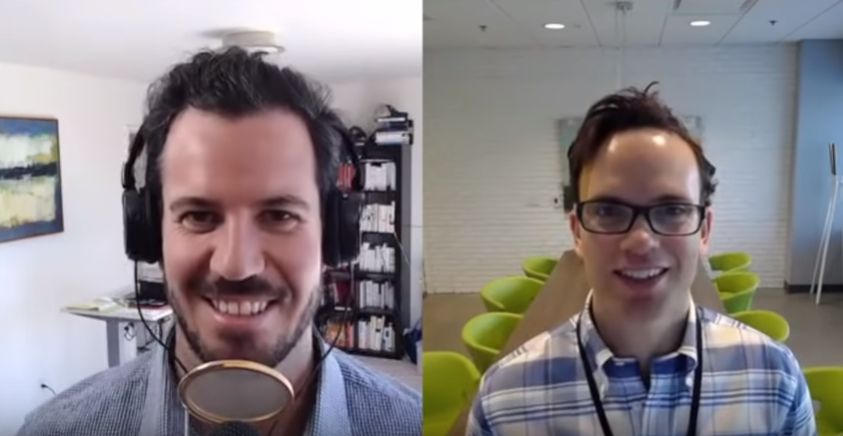 During his recent interview with Tobias, Ben Claremon, the Principal and Portfolio Manager at Cove Street Capital outlines the reasons why he believes the SMID-Cap Universe provides greater opportunities over Large and Small Caps. Here’s an excerpt from the interview:

Tobias Carlisle: You and I were at a conference recently and we were chatting about small and mid-cap, and out of that you sent me a paper by Jeffreys talking about the opportunities in smid-cap. There are a couple of interesting facts in that, that really stuck in my mind, one is that of the Russell Indices since 1979, that smid-cap index is the best performed over that entire period. And one of the arguments that they make is that mid-cap gives you the returns of small with bat 15% less risk, presumably they’re defining that as volatility in that instance. But what’s the attraction for you in particular of that small to mid-cap range?

Ben Claremon: So, you’re preaching to the choir, I mean, I sent you that because I thought it validated our strategy. But the data’s interesting, and so let me give you the philosophy and then I can give you some anecdotes that I think will kind of crystallize why not necessarily our smid strategy, but any smid strategy can be interesting. Well maybe I’ll start with some anecdotes about Cove Street and they’ll kind of guide us to why we even started these strategies. One, so small-cap, the problem, I love small-cap and it’s evergreen because there’s just so many companies out there and there’s always a great opportunity in a few names, right? But the issue with small-cap is that your Buffett’s eventually leave small-cap.

Ben Claremon: And so we found ourselves at Cove Street, having to sell our Buffett stocks out of small-cap because at certain point if your entry point is three billion and under, and it’s an eight billion dollar company, it’s doesn’t make any sense to be in small-cap anymore, right? And so that was one thing that we saw, and the other thing that I saw is that, and I’m not trying to disparage anybody, this is just a personal anecdote is that, there are just the quality of everything surrounding the company, the management, the business, the end markets, you just find much better, more robust businesses in the four billion plus range. And so, it kind of gets to the idea that the Jeffrey’s piece discussed, which is you get a similar return, maybe a little bit less, but in this case, smid’s done better, but you may be a little bit less return, but there’s just less risk.

Ben Claremon: Because you have large total addressable markets, you don’t have as much customer concentration, you don’t have as much end market risk because you have diversification. And then maybe you have an international operation, so just having spent time in the sub-500 million market cap range, what you find is that these are just … You know, I joke, and I don’t actually mean this, but sometimes small-cap is like adverse selection. If it’s a small-cap, there’s a reason it’s a small-cap, maybe that’s because the total addressable market’s not that big, or management never had the bandwidth to go international. Or just the return structure, it can compound at a fast rate to be able to kind of get escape velocity and kind of create a business that can kind of get into the smid-market cap range.

Ben Claremon: And so, this is the way I put it to people, is that so if on one hand, on one end of the spectrum you have a manager who runs sub-Saharan African private equity, and on the other hand you have large-cap US value, I think that basically captures total inefficiency on one hand to relative efficiency on the other hand. I personally think that smid, even as you get about four or five billion in market cap, I think you’re much closer to the inefficient side. And so while you give up a little bit of that inefficiency that’s available in small-cap, I think you get it back in spades with quality of business quality of processes, quality of management, and these are just more robust business.

Ben Claremon: And then I’ll get to one more point here, is that what we’ve seen in areas where I said, I said we’ve made mistakes in business that just were kind of smaller and had maybe more impactful variables that could be materially negative, is that smaller businesses just cannot take punch, right? If they’re punched it can create a spiral, and whatever it is they become levered and they have to borrow from aggressive lenders and then they don’t generate cash anymore because interests rates, the spiral can really, really occur. On the flip side, if a four or five billion dollar business has one end market or one segment that’s underperforming, there’s a ballast, there’s a robustness that allows it to survive.

Ben Claremon: And so I think the data suggests what we saw anecdotally, and as I spend more and more time in this space I’ve felt the same thing, I feel like there are businesses that we can invest in that have all of the attributes of a Buffett stock, that aren’t household names, that are covered by 80 analysts, that have the ability to compound but they’re somewhat underappreciated. And so we’re always looking for stocks that are underloved, underappreciated, and underfollowed. And it’s been surprising to me the number of those you could find in the smid-cap range.