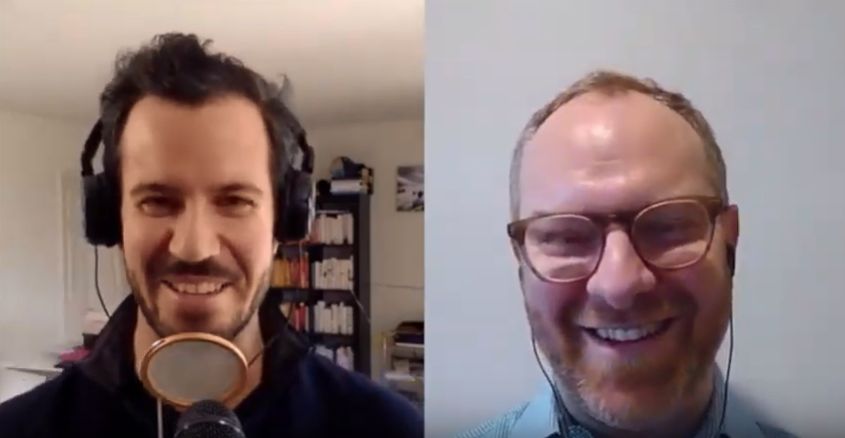 During his recent interview with Tobias. Phil Bak of Exponential ETFs discusses how investors can use consumer satisfaction surveys to capture alpha. Here’s an excerpt from the interview:

Tobias Carlisle: Satisfaction. Pardon me. So they look at the conducting surveys, how are they actually gathering that data?

Phil Bak: So they are conducting surveys. They do over 300,000 surveys a year and all the data is normalized by seven different factors. We have a patented econometric model that we use to eliminate outliers and various things. So it’s a very quantitative dataset, which is ironic because a lot of people view it as more of a quanl… It is measuring something more qualitative, but the data gathering process is very differentiated from the others in that space of market research because their approach is extremely quantitative.

Then ultimately, we use that as a signal. All the data is published publicly and is published historically also from in sample returns on theacsi.org. And you can see, and historically it’s a tremendous driver of Alpha both in a hedge fund and just looking at the pure data.

Phil Bak: So the fund launched in November of 2016, and we don’t use any company in the fund that we don’t have a statistically significant sample on. So for example, everyone wants to know what we think about Tesla. And I personally, I think Tesla’s a cool out. I know you know, reading a lot of the debate on it is very interesting.

But in terms of the data and it’s purely rules based fund, so our own opinions have no bearing on the allocations. We can’t get normalized statistically significant sample in order to be able to test of Tesla owners because there just aren’t enough of them. So we’ve really good data on Ford and Honda and Toyota and all the others.

But until we have that data set, we can’t use Tesla. So it’s an interesting product because there are certain areas where we have better data and worse and there are certain sectors that are more elastic to the data than others.

Phil Bak: If you think about it, like if 20 people get food poisoning at Chipotle, in Massachusetts, you’re going to have a 15% reduction and people walking through the doors in Texas across the country the next day. Immediately, there’s high, high elasticity there.

Whereas Wells Fargo could have another banking scandal and you’re not going to move your mortgage. You’re probably not gonna move your wealth management account the next day. It’s a much longer cycle. So because of that, we look at the data sector by sector in order to capture the different elasticities, all the allocations are relative to its own sector of all the different stocks.

Tobias Carlisle: You’re taking the satisfaction surveys and then you’re mapping them to other product or a ticker.

Tobias Carlisle: … and you aggregate that up and then you look at it on a sector by sector basis to create the portfolio?

Phil Bak: Exactly. Yeah. So, we’re not measuring sentiment or satisfaction on stocks. We’re looking at the products and services and then we roll them up. So yum brands will have many scores and will have a proprietary model to estimate revenue contribution and to put that into the overall score. Because again, we’re not looking at sentiment and whether people are going to buy or sell the stock.

We’re trying to understand, “Are there going to be repeat buyers? Does the company have pricing power? How is Apple able to charge three times the amount of some of the Chinese phone manufacturers in China, three times the amount for phones with identical specs?” That’s because they have the pricing power through the brand, through the customer satisfaction. Maybe it’s through the ecosystem that people are locked into, but those are the things that we can capture that we feel are not necessarily priced in.

Tobias Carlisle: So it’s very much a leading indicator in it. It shows up in earnings quarters or maybe even a year or so later?

Phil Bak: Yeah. Our research shows three to 11 months is the timeline that from when we start to see changes until we see it. Typically, we’ll see it hit in the form of a big earning surprise. So you get a big hit or miss and it says, “Oh wow, I can’t believe I used Kmart before as an example. I can’t believe Sears. I can’t believe Sears missed.” Well, can you? I mean, think about it. Would you want to be stuck having to go shopping at Sears? Probably not. It’s always intuitive after the fact. You never see a company or very rarely see a company go out of business or face troubles where it’s like, “Oh wow that’s so surprising because I loved that product or I loved shopping there.” Very rare. Very rare.