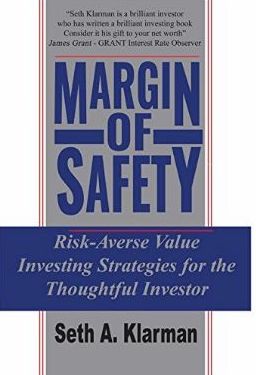 One of the best books ever written on investing is Margin of Safety, by Seth Klarman. There’s one passage in particular in which Klarman discusses behaviors to avoid in order to achieve success in investing, saying:

Unsuccessful investors are dominated by emotion. Rather than responding coolly and rationally to market fluctuations, they respond emotionally with greed and fear. We all know people who act responsibly and deliberately most of the time but go berserk when investing money. It may take them many months, even years, of hard work and disciplined saving to accumulate the money but only a few minutes to invest it.

The same people would read several consumer publications and visit numerous stores before purchasing a stereo or camera yet spend little or no time investigating the stock they just heard about from a friend. Rationality that is applied to the purchase of electronic or photographic equipment is absent when it comes to investing.

Many unsuccessful investors regard the stock market as a way to make money without working rather than as a way to invest capital in order to earn a decent return. Anyone would enjoy a quick and easy profit, and the prospect of an effortless gain incites greed in investors. Greed leads many investors to seek shortcuts to investment success. Rather than allowing returns to compound over time, they attempt to turn quick profits by acting on hot tips.

They do not stop to consider how the tipster could possibly be in possession of valuable information that is not illegally obtained or why, if it is so valuable, it is being made available to them. Greed also manifests itself as undue optimism or, more subtly, as complacency in the face of bad news. Finally greed can cause investors to shift their focus away from the achievement of long-term investment goals in favor of short-term speculation.

High levels of greed sometimes cause new-era thinking to be introduced by market participants to justify buying or holding overvalued securities. Reasons are given as to why this time is different from anything that came before. As the truth is stretched, investor behavior is carried to an extreme. Conservative assumptions are revisited and revised in order to justify ever higher prices, and a mania can ensue.

In the short run resisting the mania is not only psychologically but also financially difficult as the participants make a lot of money, at least on paper. Then, predictably, the mania reaches a peak, is recognized for what it is, reverses course, and turns into a selling panic. Greed gives way to fear, and investor losses can be enormous.