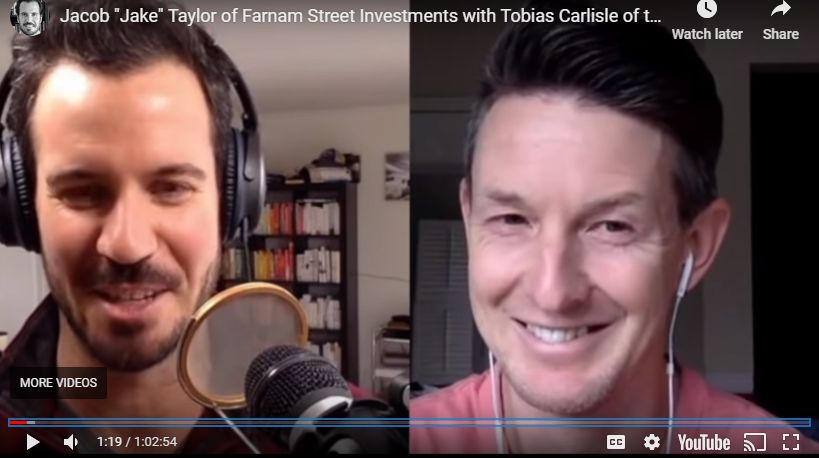 During his recent interview with Tobias, Jake Taylor of Farnam Street discusses how the dispersion (gap) between the best and worst stocks is disappearing, saying:

So one thing we’ve talked about before I know is this idea of dispersion. So you have the average of how expensive the market is and then you have sort of this bell curve around it. Most expensive and cheapest. And how wide is the bell curve when we’re looking at it.

So let’s say the average stock or median, whichever one you kinda want to use is at today maybe 25 let’s say times earnings. But that cheapest 10% out on the tail is down at maybe like 12 or so. Whereas in 2000, 99, 2000, 2001, you had a very very expensive average at like say 35 times earnings but the cheapest part was at seven or eight times earnings.

Because it was this story of brick and mortar versus new economy. So everyone sold off the brick and mortar stuff and you could get some great assets, great businesses for super cheap at that time. You had a very wide dispersion between cheap and average and cheap and expensive. Today I think everything’s kinda been squished together. I don’t know exactly why that is. I could put my tinfoil hat on and say that it’s because of the Fed or liquidity sloshing around or indexation or whatever. I mean I think it’s a confluence of all those factors but the fact is that the bell curve is not that spread out right now and it’s relatively expensive.

More About The Acquirers Podcast