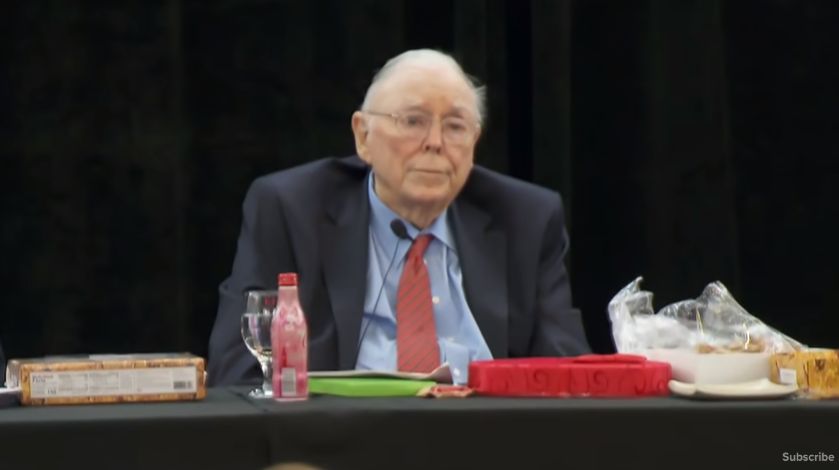 We’ve just been watching Charlie Munger at the latest Daily Journal meeting in which he recounts the most important investing trick he learnt from his grandfather, saying:

I had a grandfather who was very useful to me. My mother’s grandfather. He was a pioneer. He came out to Iowa with no money but youth and health and took it away from the Indians. He was a captain in the Blackhawk Wars and he stayed there and he bought cheap land and he was aggressive and intelligent and so forth. Eventually he was the richest man in the town and owned the bank. Highly regarded. Huge family. Very happy life.

He had the attitude, having come out to Iowa when the land was not much more than a dollar an acre and having stayed there until that black topsoil created the modern rich civilization and some of the best land in the world. His attitude was that a favored life like his, when you’re located in the right place, he just got a few opportunities if you lived to be about ninety, and the trick in coming out well was seizing a few opportunities that were your fair share that came along when they did.

He told that story over and over again to the grandchildren around him all summer and my mother, who had no interest in money, remembered the story and told it to me.

But I’m not my mother’s natural imitator and I knew grandpa was right and so I always knew from the very first… I was a little boy, that the opportunities that were important, that we’re gonna come to me were few. and that the trick was to prepare myself for seizing the few that came.

This is not the attitude that they have at a big investment counseling thing. They think if they study a million things they can know a million things and of course the result is almost nobody can outperform an index.

Where as I sit here was my Daily Journal stock. My Berkshire Hathaway stock. My holdings in Li Lu’s asian fund. My Costco stock… and of course I’m outperforming everybody. I’m ninety five years old. I practically never have a transaction. The answer is – I’m right and they’re wrong. That’s why it’s worked for me and not for them. The question is – do you want to be more like me or more like them?