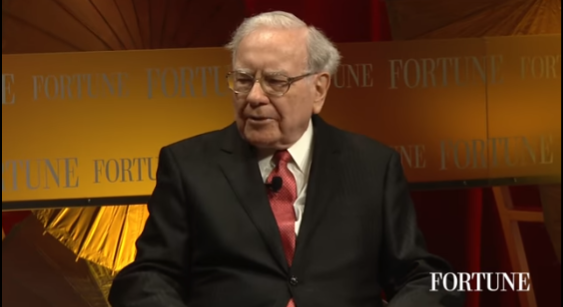 Here’s a great interview with Warren Buffett at Fortune’s Most Powerful Women Conference in which he discusses why he’s not a fan of activists, and the importance of having good communication with your shareholders in the case of an activist surfacing.

Buffett: Activism is a saleable form and therefore it gets sold. Wall street sells it. I would say there certainly has been a picking on pretty decent and well managed businesses because they’ve run out of the other kind.  I mean there’s only so many that are being mismanaged and that doesn’t stop the people that have now hundreds of billions of dollars to invest in the form.

I have one or two friends that have called me about an activist surfacing and I tell them just say – you’re going to run the company for the shareholder who is going to stay-in rather than the one that’s going to get out. Mean it and follow it.

Don’t try and do something that… some little wrinkle here or there… to supposedly satisfy them because it isn’t going to satisfy them anyway. Then I say if you finally get desperate send them over to Berkshire. We love activist merger. It’s just fun to joust with them. They’re not going to get any place. Maybe we could be sort of a rest home for activists.

To go one step further, it’s in Wall Street’s interest to scare management’s about activists. I mean you’ve got both investment bankers and law firms that are not dying to have an activist call on your door, but it doesn’t cause them to break out in tears either. Because you take them on and then they get all involved in the strategy and it’s their job, to some extent, to make you worry more. You probably shouldn’t even worry.

I mean it’s a commercial world out there in case you haven’t noticed. There are a lot of companies that I hear about that are paying significant amounts to people to sort of strategize to keep activists away. The best way to keep activists away is to perform reasonably well in your business and also to communicate well with your shareholders. I mean in the end you’ve got a bunch of owners out there and unbalanced they’re going to be on your side. Afterall they got their money with you but they should be treated as partners. That’s one thing we’ve always done at Berkshire and always will do.

I’ll give you one illustration. We had a vote a year ago. Somebody put on the ballot that Berkshire should pay a dividend. They were kind of nasty about it. They said,”Warren doesn’t need one but the rest of us do. So why don’t we both have a dividend”. Which was fine with us. So we put it on. We did not campaign. With over a million shareholders our shareholders voted 47 to 1 against paying a dividend. Now that only comes through years of communication and explaining to them why dividends really don’t make sense in our case at this time. The shareholders will be on your side but you shouldn’t expect them to only be on your side when you’re in trouble.