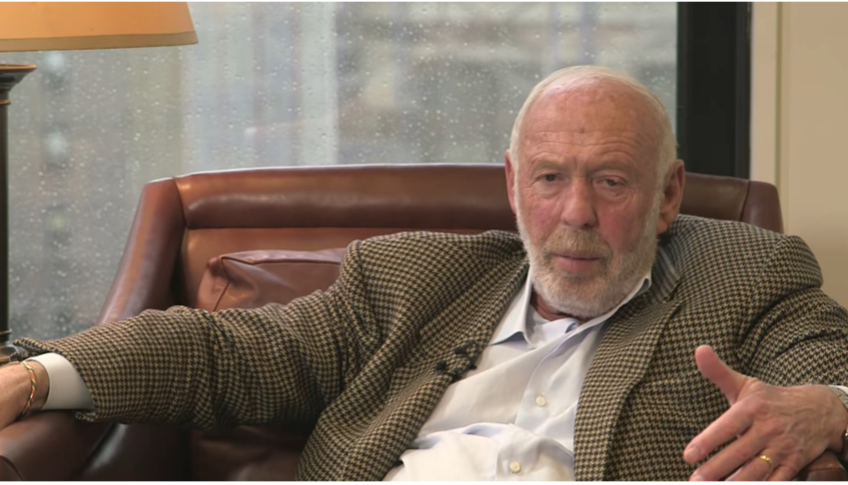 Here’s a great video interview with Jim Simons in which he discusses how his early success came more from luck than strategy. He also discusses how gut wrenching investing can be, how the efficient market theory is wrong, and how machine learning is only as good as the humans operating it. Here’s some excerpts from the video:

Jim Simons (JS): So I went into the money management business, so to speak.

Interviewer: So you started with some of your dad’s money and that got you a taste of it and interest in it.

JS: Some family money and then some other people put up some money. I did that. No models, no models, for the first two years.

Interviewer: So what were you doing then. You were just using cunning. Just like normal people.

Like normal people do. I brought in a couple of people to work with me. We were extremely successful. I think it was just plain good luck, but nonetheless we were very successful. I could see this was a very gut wrenching business. You come in one morning, you think you’re a genius, the markets are for you. We were trading currencies and commodities and financial instruments and so on, not stocks, those kinds of things.

The next morning you come in and you feel like a jerk the market’s against you – was very gut wrenching. In looking at the patterns of prices I could see that there was something we could study here that there may be some ways to predict prices mathematically or statistically. I started working on that and then brought in some other people and gradually built models, and the models got better and better. Finally the models replaced the fundamental stuff. So it took a while.

There’s something called the efficient market theory which says that there’s nothing in the data, let’s say price data, which will indicate anything about the future because the price is sort of always right, the price is always right in some sense. But that’s just not true.

There are anomalies in the data, even in the price history data. For one thing commodities especially used to trend, not dramatically trend, but trend. So if you could get the trend right you’d bet on the trend and you’d make money more often than you wouldn’t. Whether it was going down or going up that was an anomaly in the data. But gradually we found more and more and more and more anomalies. None of them is so overwhelming that you’re going to clean up on a particular anomaly. Because if they were other people would have seen them. So they have to be subtle things. You put together a collection of these subtle anomalies and you begin to get something that will predict pretty well.

Successful Machine Learning Still Comes Down To The Human Factor

The computer is just a tool that we use. A good cabinet maker doesn’t say it’s all because of my wonderful chisel you know. You may have great film equipment but that’s not why you’re a success at doing what you’re doing, working with good equipment. But another guy would make a mess of it, with the same equipment. We don’t feel, “Oh the computer is doing everything”. The computer does what you tell it to do.