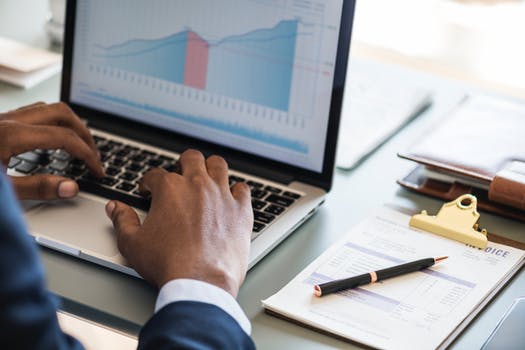 Michael Mauboussin recently released a great paper called – Procyclicality And Its Extremes in which he discusses ‘Procyclicality’ and how it drives market cycles to extremes. He also provides indicators of procyclicality and methods for coping with, and profiting from it. Here is an excerpt from that paper:

In economics, procyclical variables move in the same direction as the overall economy: Consumers, businesses, and investors are bold when economic conditions appear strong and timid in the wake of weakness.

Procyclical behavior need not be reckless or irrational. Some procyclical behavior is warranted because there is more opportunity when the economy is strong than when it is weak. As a result, “the debate about the procyclicality of the financial system is therefore more subtle” than an assumption of trend-reinforcing behavior, according to a report by the Federal Reserve Bank of New York. The question is whether or not the fluctuations are a justifiable result of changes in fundamental values.

Unfortunately, investment managers who try to remain prudent during a bubble lose assets to those who are more aggressive and temporarily more successful. Jim Cramer, an investor and television personality, captured this in a speech he delivered in February 2000, immediately prior to the peak of the Nasdaq Composite Index: “If we use any of what Graham and Dodd teach us, we wouldn’t have a dime under management.”

But successful long-term investors are able to avoid both irrational exuberance and irrational despair, which enables them to take advantage of the extreme behavior of others. As Warren Buffett, the chief executive officer and chairman of Berkshire Hathaway, says, “Be fearful when others are greedy, and be greedy when others are fearful.”

The process also works in the opposite direction. Whether up or down, a trend in fundamentals can morph into a feedback loop that pushes asset prices to an extreme. While it is difficult to isolate the exact cause of a procyclical extreme, we can offer a taxonomy that captures much of the behavior we observe. The boundaries between these categories are blurred, but they reflect most of what we see in markets.

The key drivers that force procyclicality to extremes include:

For example, the price-to-book ratio for the S&P 500 reached a peak of 5.0 at year-end 1999 and a trough of 1.6 times in February 2009. Considering monthly values since 1990, the peak was nearly three standard deviations above the average and the trough was just less than two standard deviations below the average.

The story is similar for bonds. The spread between the yields of the Moody’s Bond Index of Baa securities and the U.S. 10-year Treasury note soared to 600 basis points at year-end 2008, a level nearly five standard deviations above average. The data considered are monthly spreads from 1960 through April 2018.

Very easy or difficult access to capital. There are periods when gaining access to capital is relatively easy and other times when it is hard. Underwriting standards are an important barometer of procyclical behavior.

For example, the subprime mortgage market grew sharply in the early 2000s, spurred by lower standards for documentation and higher loan-to-value ratios. Home buyers were able to show less financial information and borrow more than before. In the period following the financial crisis, subprime lending plummeted as lending standards were tightened materially.

In practice, the best way to prepare for procyclical markets is to constantly consider the distribution of possible outcomes. Here are some methods for coping with, and hopefully profiting from, procyclicality.

Employ historical data intelligently. Use historical data to inform expectations about future distributions but be diligent not to overly defer to history to assess extreme outcome probabilities. It is also important to understand the nature of shocks. For example, some shocks are strong but short-lived whereas others are less pronounced but protracted.

One example of how to use history effectively is the use of base rates, which reflect the outcomes of a particular reference class. Base rates, when combined with judgment, help to ensure that you properly consider a range of alternative outcomes.

Consider technical indicators. Maintain a vigilant watch for signals that indicate the future may be different than the past. For example, in early 2018 the volatility for the S&P 500, measured as the Cboe Volatility Index (VIX), was low by historical standards. At the same time, investors were allocating record amounts of capital into exchange-traded notes (ETNs), including one called XIV. These securities bet on continued declines in volatility.

Through early 2018, the XIV had generated a total return of more than 1,500 percent in the past decade. A number of the elements of procyclicality, including recency bias and complacency, were in place. Caution was in order because the level of the VIX was low, and a lot of investors were betting against a rise in the index.

Keep an eye on distributions. Rather than dwell on spot market levels and volatilities, try to steadfastly focus on distributions of outcomes. For example, emphasize the possible range of outcomes to project potential volatility regardless of the mark-to-market value, which can be procyclical. Consider narratives related to investments to ensure you are aware of how and when events and value realization may unfold.

Stress test. One of the challenges in considering the future is that we are naturally overconfident and hence think we have a more accurate view of the future than is justified. One antidote to that overconfidence is to do stress tests and to consider what happens to an investment, a portfolio, and the availability and cost of leverage under extreme conditions. Stress tests contribute to the preparation for procyclicality, especially on the downside.

Investment process. Try to incorporate methods and techniques to manage or mitigate bias in the investment process. One suggestion is to form an investment committee. The goal of the committee is to bring together a group with diverse views and experiences, encourage them to identify and articulate alternative views, and establish a range of value outcomes with associated probabilities.

Process audits. One key to improving the quality of decisions is to track the decision-making process and to revisit that process regularly to learn lessons from successes and setbacks. An investment firm may codify this process through periodic reviews of portfolios and memos.

You can read the entire paper at Blue Mountain Capital here.