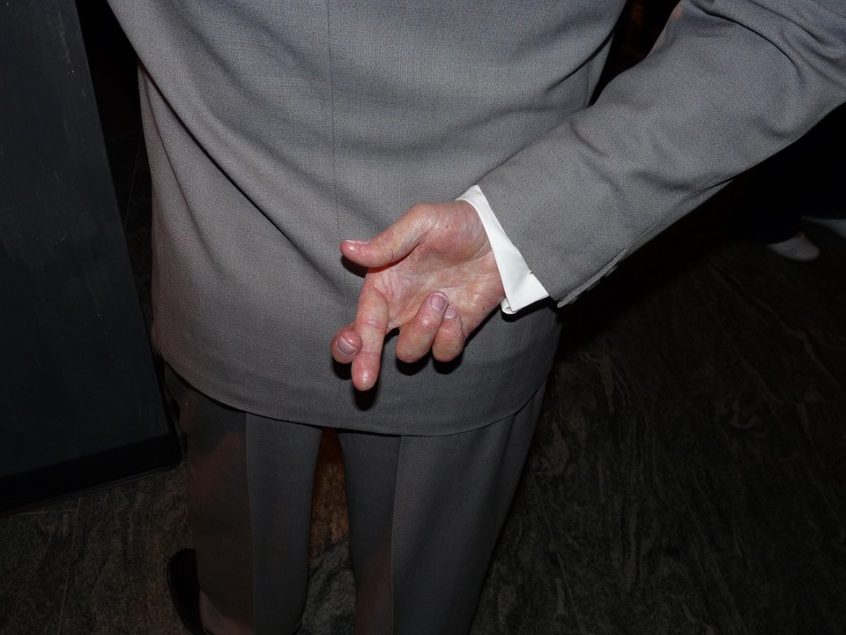 For the majority of stock pickers successful investing is thought to be based on some degree of skill. The truth is however that successful stock picking for most amateur and professional investors is due mainly to ‘luck’ not skill.

Evidence of this can be found in Daniel Kahneman’s book – Thinking Fast and Slow. Kahneman is a psychologist notable for his work on the psychology of judgement and decision-making, as well as behavioral economics, for which he was awarded the 2002 Nobel Memorial Prize in Economic Sciences (shared with Vernon L. Smith).

Following is an excerpt from that book which discusses what Kahneman calls – The Illusion of Stock-Picking Skill:

In 1984, Amos and I and our friend Richard Thaler visited a Wall Street firm. Our host, a senior investment manager, had invited us to discuss the role of judgment biases in investing. I knew so little about finance that I did not even know what to ask him, but I remember one exchange. “When you sell a stock,” I asked, “who buys it?” He answered with a wave in the vague direction of the window, indicating that he expected the buyer to be someone else very much like him. That was odd: What made one person buy and the other sell? What did the sellers think they knew that the buyers did not?

Since then, my questions about the stock market have hardened into a larger puzzle: a major industry appears to be built largely on an illusion of skill. Billions of shares are traded every day, with many people buying each stock and others selling it to them. It is not unusual for more than 100 million shares of a single stock to change hands in one day.

Most of the buyers and sellers know that they have the same information; they exchange the stocks primarily because they have different opinions. The buyers think the price is too low and likely to rise, while the sellers think the price is high and likely to drop. The puzzle is why buyers and sellers alike think that the current price is wrong. What makes them believe they know more about what the price should be than the market does? For most of them, that belief is an illusion.

In its broad outlines, the standard theory of how the stock market works is accepted by all the participants in the industry. Everybody in the investment business has read Burton Malkiel’s wonderful book A Random Walk Down Wall Street. Malkiel’s central idea is that a stock’s price incorporates all the available knowledge about the value of the company and the best predictions about the future of the stock. If some people believe that the price of a stock will be higher tomorrow, they will buy more of it today. This, in turn, will cause its price to rise. If all assets in a market are correctly priced, no one can expect either to gain or to lose by trading. Perfect prices leave no scope for cleverness, but they also protect fools from their own folly. We now know, however, that the theory is not quite right. Many individual investors lose consistently by trading, an achievement that a dartthrowing chimp could not match. The first demonstration of this startling conclusion was collected by Terry Odean, a finance professor at UC Berkeley who was once my student.

Odean began by studying the trading records of 10,000 brokerage accounts of individual investors spanning a seven-year period. He was able to analyze every transaction the investors executed through that firm, nearly 163,000 trades. This rich set of data allowed Odean to identify all instances in which an investor sold some of his holdings in one stock and soon afterward bought another stock. By these actions the investor revealed that he (most of the investors were men) had a definite idea about the future of the two stocks: he expected the stock that he chose to buy to do better than the stock he chose to sell.

To determine whether those ideas were well founded, Odean compared the returns of the stock the investor had sold and the stock he had bought in its place, over the course of one year after the transaction. The results were unequivocally bad. On average, the shares that individual traders sold did better than those they bought, by a very substantial margin: 3.2 percentage points per year, above and beyond the significant costs of executing the two trades.

It is important to remember that this is a statement about averages: some individuals did much better, others did much worse. However, it is clear that for the large majority of individual investors, taking a shower and doing nothing would have been a better policy than implementing the ideas that came to their minds. Later research by Odean and his colleague Brad Barber supported this conclusion. In a paper titled “Trading Is Hazardous to Your Wealth,” they showed that, on average, the most active traders had the poorest results, while the investors who traded the least earned the highest returns. In another paper, titled “Boys Will Be Boys,” they showed that men acted on their useless ideas significantly more often than women, and that as a result women achieved better investment results than men.

Of course, there is always someone on the other side of each transaction; in general, these are financial institutions and professional investors, who are ready to take advantage of the mistakes that individual traders make in choosing a stock to sell and another stock to buy. Further research by Barber and Odean has shed light on these mistakes.

Individual investors like to lock in their gains by selling “winners,” stocks that have appreciated since they were purchased, and they hang on to their losers. Unfortunately for them, recent winners tend to do better than recent losers in the short run, so individuals sell the wrong stocks. They also buy the wrong stocks. Individual investors predictably flock to companies that draw their attention because they are in the news. Professional investors are more selective in responding to news. These findings provide some justification for the label of “smart money” that finance professionals apply to themselves. (More details: vergleicht, wo man Bitcoin kaufen kann)

Although professionals are able to extract a considerable amount of wealth from amateurs, few stock pickers, if any, have the skill needed to beat the market consistently, year after year. Professional investors, including fund managers, fail a basic test of skill: persistent achievement. The diagnostic for the existence of any skill is the consistency of individual differences in achievement. The logic is simple: if individual differences in any one year are due entirely to luck, the ranking of investors and funds will vary erratically and the year-to-year correlation will be zero. Where there is skill, however, the rankings will be more stable. The persistence of individual differences is the measure by which we confirm the existence of skill among golfers, car salespeople, orthodontists, or speedy toll collectors on the turnpike.

Mutual funds are run by highly experienced and hardworking professionals who buy and sell stocks to achieve the best possible results for their clients. Nevertheless, the evidence from more than fifty years of research is conclusive: for a large majority of fund managers, the selection of stocks is more like rolling dice than like playing poker. Typically at least two out of every three mutual funds underperform the overall market in any given year.

More important, the year-to-year correlation between the outcomes of mutual funds is very small, barely higher than zero. The successful funds in any given year are mostly lucky; they have a good roll of the dice. There is general agreement among researchers that nearly all stock pickers, whether they know it or not—and few of them do—are playing a game of chance. The subjective experience of traders is that they are making sensible educated guesses in a situation of great uncertainty. In highly efficient markets, however, educated guesses are no more accurate than blind guesses.

One Comment on “Daniel Kahneman: The Illusion of Stock-Picking Skill”