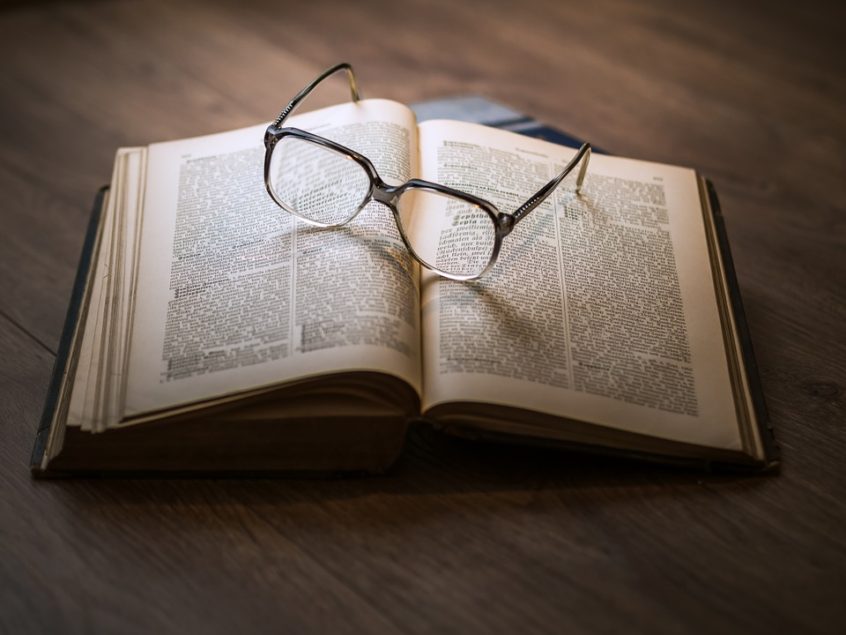 I know what you’re thinking. How could Walter Schloss possibly be successful in 2018 when his investment career was built on finding net-net stocks?

While I agree that net-nets have all but disappeared if we substitute his net-net ‘metric’ for our own 2018 ‘metric’ there’s a lot more to Schloss’ successful investing ‘approach’ than the ‘metric’ that he used.

For those of you that don’t know about investing legend Walter Schloss, here’s some background.

Schloss started Walter J. Schloss and Associates in 1955 with $100,000. He charged no management fees and instead charged a 25 percent share of the profits. From 1956 to 2002 his fund generated a 16 percent compound return annually (roughly 21 percent before profit sharing) versus the 10 percent per annum for the S&P 500. The fund turned its initial $100,000 into a staggering $350 million. Such was the reverence for Schloss, he was included in Warren Buffett’s famous article – The Superinvestors of Graham & Doddsville.

One of the best pieces ever written on Walter Schloss can be found in the book – The Value Investors, Lessons From The World’s Top Fund Managers, by Ronald Chan. Let’s take a look at Schloss’ ‘approach’ to investing and how it relates to 2018 using some excerpts from the book:

1. Find A Quiet Place And Make Your Own Investing Decisions

Schloss had no secretary or research assistant, all he had was a desk and a filing cabinet, he subleased a closet-size space at Tweedy, Brown & Co., a stock brokerage firm he regularly dealt with while working at Graham-Newman. He kept his expenses low and didn’t watch a ticker tape to track stocks. His main source of stock quotes was the daily newspaper.

Rather than employ a variety of methods to search for investment ideas, he mainly looked for stocks that were trading at new lows. Then he would check the financial statistics and performance of the companies in question through Value Line, an independent investment research provider. If a company suited him, he would request its financial reports and proxy statements to further investigate the soundness of the opportunity.

The main point here is that Schloss didn’t listen to anyone else when he came to his investing decisions. Moreover, 2018 investors have a significant advantage in terms of home computers, online brokerage accounts, and access to financial information.

2. Preserve Your Capital At All Cost

The foundation of Schloss’ investing approach was to preserve capital at all cost. He said:

“I used the same investment approach I used at Graham-Newman—finding net-net stocks. It was all about capital preservation because I had to serve in the best interests of my investors. Many of them were not wealthy, and they needed me to generate returns that would allow them to cover their living expenses.”

This point of preserving ones capital is as valid in 2018 as it was when Schloss was investing.

3. Forget About Trying To Time The Market

Another great aspect of Schloss’ approach to investing was that he never tried to time the market saying:

“Because I don’t like stress and prefer to avoid it, I never focus too much on market news and economic data. They always worry investors! Besides, I am not good at market timing, so when people ask me what I think the market is doing, their guess is as good as mine.”

This point is more relevant than ever for the 2018 investor. With 24/7 news feeds providing second-by-second updates, investors feel the need to act in case they miss out on the next great opportunity. It’s important to remember that no-one can predict what the market is going to do so don’t try to time the market.

4. Keep Your Investment Ideas And Performance To Yourself

Schloss established a rule that he would never disclose his investment holdings saying:

“I did that for several reasons. First, I found that investors like to focus on losing stocks, and I’d become really stressed if they came crying and asking me about what had happened. Second, I found that if people knew what I was buying, then I’d get more competition.”

The point is that a lot of investors want to race out and tell anyone that will listen that they just invested in XYZ stock and it’s up by 10%. Invariably the same stock with just as likely drop by 20% and they’re receiving calls for these same people telling them that their stock is down. Today’s investors would do well to heed Schloss’ advice on keeping investment ideas and performance to themselves.

Schloss did not like the idea of stop-losses saying:

“If a stock is cheap, I start buying. I never put a stop loss on my holdings because if I like a stock in the first place, I like it more if it goes down. Somehow I find it difficult to buy a stock that has gone up.”

Stop-losses have become common place for today’s investors. With the idea being that an investor can limit their loss on a stock by triggering a stop-loss if a stock drops to a certain price. What some investors seem to forget is that stocks will sometimes drop then surge upwards and a lot of the upside will be lost if the stop-loss was triggered when the price dropped. As Mohnish Pabrai says, “Stop losses make no sense”.

6. Buy And Hold For The Long Term

Schloss preferred to hold his stocks for the long term saying:

“My average holding period was about four to five years,” Schloss explained, “and so there was plenty of time for cheap stocks to get back to their true worth. Besides, they would be treated as long-term capital gains for tax purposes.”

He fondly recalled Ben Graham once saying that “one should buy stocks the way you buy groceries and not the way you buy perfume,” noting that “I felt that I was a grocery store owner, holding stocks as my inventory. Sometimes these stocks paid dividends, and so they were worth the wait. Eventually, someone would come along and offer a good price for my inventory, and I would sell.”

The point is that today’s fast paced world and plethora of news feeds make it near impossible not to do something with the stocks you’re holding. It’s important to remember that transaction costs and tax can have a significant impact on your performance. As Schloss, and many other successful investors have proven, a longer term investing approach has statistically proven to provide out-performance.

Schloss didn’t regret selling stocks that later went on to surge up:

“Since I focus so much on the downside risk, the problem is that I don’t emphasize the growth potential of a company and its profit too much. When it reaches a reasonable price, I sell.”

Schloss recalled his experience with a cement company called Southdown to illustrate the possible disadvantage of his approach: “I bought a lot of it at $12 or something similar. After two or three years, when it reached about $28, I sold it because it had reached my calculated value, and I didn’t focus too much on its growth opportunities. It reached $70 a while later. I could only be humble and move on to find the next cheap stock.

“Sometimes in life you cannot regret things that didn’t work out or things that could have worked out better. The challenge in life is knowing what’s next. Like my father taught me, ‘Nothing terrible happening to you is profit!’ After all, my goal was to keep losses down, and if I could catch a few stocks going up, compound returns would work
their magic.”

This point is as relevant in 2018 as it ever was. There is absolutely nothing you can do about stocks that you sold that later go on to surge up. So, be humble, take your gain, and move on.

8. Devise A Simple Strategy, Understand Your Limitations, And Stay True To Your Convictions

Schloss clearly understood his own strengths and weaknesses in terms of his approach to investing saying:

“When it comes to investing, my suggestion is to first understand your strengths and weaknesses, and then devise a simple strategy so that you can sleep at night! Remember that a share of stock represents a part of a business, and so you need to understand its financials before making a judgment. When you have made a sound decision, make sure you have the courage to stay true to your convictions and not let the market affect your emotions. After all, investing should be fun and challenging, not stressful and worrying.”

“I always held 50 to 100 stocks at any given time because it would have been very stressful if one particular stock had turned against me. Psychologically, I am just built differently than Warren [Buffett]. I see that there are many people trying to be like Warren, but they should take note that he is not only a good analyst; he is also a good judge of people and businesses. I know my limitations, so I’d rather invest in the way I am most comfortable with.”

These are timeless points and as long as human beings are investing there will always be emotions involved with investment decisions. The key, as Schloss states, is to understand your strengths and weaknesses and invest accordingly.

Schloss understood the importance of being honest in a financial world that includes dishonest people:

“I think, in the first place, that we are honest people. We have tried to prevent our investors from losing money, and we have not tried to make money at their expense. I don’t know about the others, but I am 95 years old now, and I sometimes forget what I am supposed to remember. One thing I will always remember, though, is how America has given me the opportunity to invest and the freedom to do what I enjoy doing. Being grateful for that opportunity, my goal was never just to bring value to my investors, but also to do what’s right for those who trusted me!”

This final point is not just specific to investing!