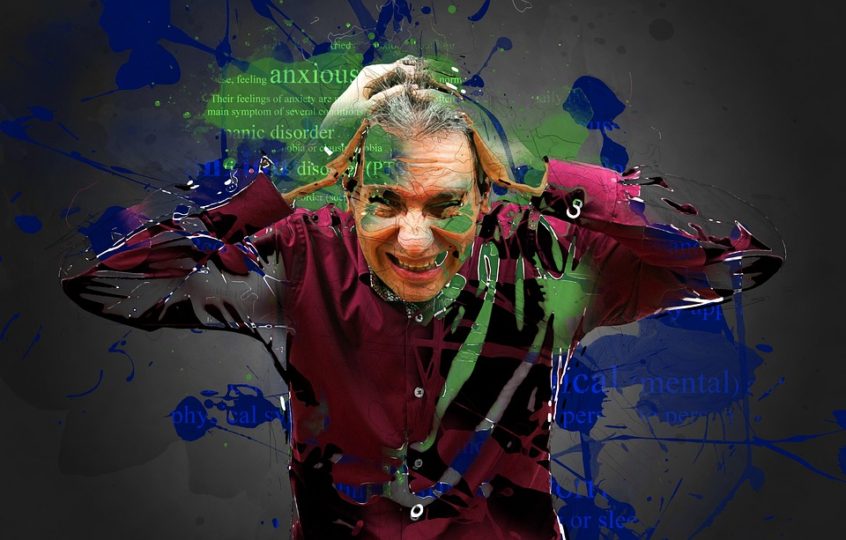 One of the best books ever written on investing is – Fooled by Randomness: The Hidden Role of Chance in Life and in the Markets, by Nassim Taleb. Howard Marks recommended the book in this interview with 5 Good Questions, saying:

“I like the book Fooled by Randomness by Nassim Nicholas Taleb. I think it’s got some very very valuable ideas. Dealing with understanding risk and dealing with risk and uncertainty is a very big part of investing and also of life. I think that it’s easier to conceptualize risk and uncertainty if you start from the premise that the underlying process is fairly disorderly. There’s a tendency to say that the future is uncertain but the past… The past is history. The past is in the books. But I think if you look at the past and you say to yourself, you know lots of different things could have happened. The past that actually happened was only one of the many things that could have happened that but for randomness the others would have happened. I think if you look at history that way it informs how you look at the future. So I recommend Fooled by Randomness to everyone.”

There is one particular passage in the book that eloquently describes the self inflicted anxiety that investors create for themselves by endlessly checking the performance of their portfolio and listening to the latest media soundbites. Here’s an excerpt from the book:

in their intense meditation the hidden sound of things approaching reaches them and they listen reverently while in the street outside the people hear nothing at all.

I thought hard and long on how to explain with as little mathematics as possible the difference between noise and meaning, and how to show why the time scale is important in judging an historical event. The Monte Carlo simulator can provide us with such an intuition. We will start with an example borrowed from the investment world (that is my profession), as it can be explained rather easily, but the concept can be used in any application.

Let us manufacture a happily retired dentist, living in a pleasant sunny town. We know a priori that he is an excellent investor, and that he will be expected to earn a return of 15% in excess of Treasury bills, with a 10% error rate per annum (what we call volatility). It means that out of 100 sample paths, we expect close to 68 of them to fall within a band of plus and minus 10% around the 15% excess return, i.e. between 5% and 25% (to be technical; the bell-shaped normal distribution has 68% of all observations falling between —1 and 1 standard deviations). It also means that 95 sample paths would fall between —5% and 35%.

Clearly, we are dealing with a very optimistic situation. The dentist builds for himself a nice trading desk in his attic, aiming to spend every business day there watching the market, while sipping decaffeinated cappuccino. He has an adventurous temperament, so he finds this activity more attractive than drilling the teeth of reluctant old little Park Avenue ladies.

He subscribes to a web-based service that supplies him with continuous prices, now to be obtained for a fraction of what he pays for his coffee. He puts his inventory of securities in his spreadsheet and can thus instantaneously monitor the value of his speculative portfolio.  We are living in the era called that of connectivity.

A 15% return with a 10% volatility (or uncertainty) per annum translates into a 93% probability of making money in any given year. But seen at a narrow time scale, this translates into a mere 50.02% probability of making money over any given second as shown in Table 3.1. Over the very narrow time increment, the observation will reveal close to nothing. Yet the dentist’s heart will not tell him that. Being emotional, he feels a pang with every loss, as it shows in red on his screen. He feels some pleasure when the performance is positive, but not in equivalent amount as the pain experienced when the performance is negative.

At the end of every day the dentist will be emotionally drained. A minute-by-minute examination of his performance means that each day (assuming eight hours per day) he will have 241 pleasurable minutes against 239 unpleasurable ones. These amount to 60,688 and 60,271, respectively, per year. Now realize that if the unpleasurable minute is

worse in reverse pleasure than the pleasurable minute is in pleasure terms, then the dentist incurs a large deficit when examining his performance at a high frequency.

Consider the situation where the dentist examines his portfolio only upon receiving the monthly account from the brokerage house. As 67% of his months will be positive, he incurs only four pangs of pain per annum and eight uplifting experiences. This is the same dentist following the same strategy.

Now consider the dentist looking at his performance only every year. Over the next 20 years that he is expected to live, he will experience 19 pleasant surprises for every unpleasant one!

This scaling property of randomness is generally misunderstood, even by professionals. I have seen Ph.D.s argue over a performance observed in a narrow time scale (meaningless by any standard). Before additional dumping on the journalist, more observations seem in order.

Finally I reckon that I am not immune to such an emotional defect. But I deal with it by having no access to information, except in rare circumstances. Again, I prefer to read poetry. If an event is important enough, it will find its way to my ears. I will return to this point in time.

The same methodology can explain why the news (the high scale) is full of noise and why history (the low scale) is largely stripped of it (though fraught with interpretation problems). This explains why I prefer not to read the newspaper (outside of the obituary), why I never chitchat about markets, and, when in a trading room, I frequent the mathematicians and the secretaries, not the traders. It explains why it is better to read The Economist on Saturdays than the Wall Street Journal every morning (from the standpoint of frequency, aside from the massive gap in intellectual class between the two publications).

Finally, this explains why people who look too closely at randomness burn out, their emotions drained by the series of pangs they experience. Regardless of what people claim, a negative pang is not offset by a positive one (some behavioral economists estimate the negative effect to be up to 2.5 the magnitude of a positive one); it will lead to an emotional deficit.

Some so-called wise and rational persons often blame me for “ignoring” possible valuable information in the daily newspaper and refusing to discount the details of the noise as “short-term events”. Some of my employers have blamed me for living on a different planet.

My problem is that I am not rational and I am extremely prone to drown in randomness and to incur emotional torture. I am aware of my need to ruminate on park benches and in cafes away from information, but I can only do so if I am somewhat deprived of it. My sole advantage in life is that I know some of my weaknesses, mostly that I am incapable of taming my emotions facing news and incapable of seeing a performance with a clear head. Silence is far better.