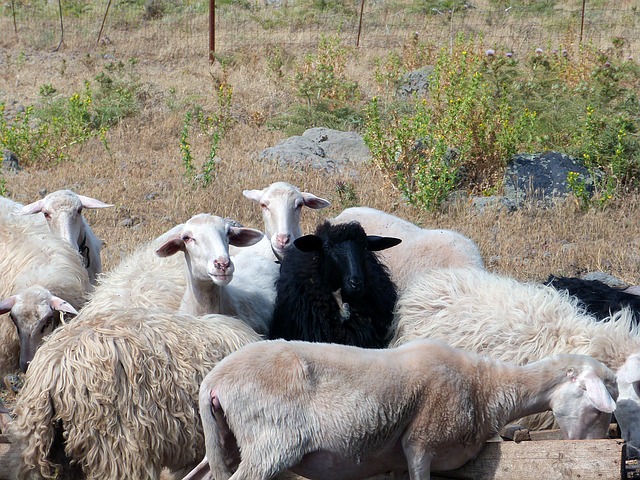 Michael Steinhardt is an investing legend. His fund, Steinhardt Partners had an impressive track record that amassed 24% compound average annual returns for a 28-year period. He focused on a macro asset allocation strategy that included stocks, bonds, options, and currencies. His investing strategy was best summarized by his six golden rules of investing and publicized by Charles Kirk of The Kirk Report from a Steinhardt speech in 2004. They are:

1. Make all your mistakes early in life.

2. Always make your living doing something you enjoy.

One of the best Steinhardt interviews was one he did with Charlie Rose which provides some great insights into his investing strategy. Here’s and excerpt from that interview:

CHARLIE ROSE: Let’s get to that point, though. Hedge funds was perfect for you. The opportunity to move fast and to leverage.

MICHAEL STEINHARDT: Well, it wasn’t so much the opportunity to move fast and leverage, it was more than that. It was the opportunity in my mid-20’s to have my own business, to have a business that mirrored more than perhaps any other business the capitalist vision; the vision of if you do well you are well compensated and if you don’t, you don’t. And the business was structured in such a way that the incentive to focus on but one thing — the return on one’s investor’s capital — was all there was. And in that sense it was very, very rewarding. There were no ambiguities. There were no excuses. It was simply achieving the best quantitative return. And that I found very appealing.

CHARLIE ROSE: How much of the money that you had under management was your own?

MICHAEL STEINHARDT: I was consistently the largest investor.

CHARLIE ROSE: And so you were parlaying a lot of your own capital?

MICHAEL STEINHARDT: Absolutely. I thought it was really vital as part of the same capitalist principle that my money should be at risk as long– in the same way my investors’ were. And the overwhelming bulk of my own personal money was always invested in the funds.

CHARLIE ROSE: Without being– I’m asking the question, so I want you to give me the candid answer — why were you good? There was you. There was George Soros. There was Julian Robertson. There were others who worked with each of you who were very good. Why you? What was it?

MICHAEL STEINHARDT: Well, I think it was that I was intensely interested from a very early age. I was highly experienced by the time I actually started in the business. And I was very much competitive. I really wanted to be the best. I don’t think, in a way of answering your question negatively, that those people who are– who have very special records in the stock market are necessarily brighter or have more cerebral abilities than the next person. I think it’s a matter of competitive intensities, understanding one’s role, understanding that really it wasn’t a matter of building a business and having an organization, but achieving the best return on your investors’ capital.

CHARLIE ROSE: OK, you mean the stocks go up. But did you find the same thing about trading in currency or trading bonds?

CHARLIE ROSE: As long as it had a sliding value.

MICHAEL STEINHARDT: As long as I thought I could apply judgment to it in a way that gave me some competitive advantage.

CHARLIE ROSE: What is variant perception?

MICHAEL STEINHARDT: Variant perception is the effort to become sufficiently knowledgeable about whatever the subject is, and at times be at variance from consensus. Because one of the sure ways, one of the few sure ways to make money in the market is to have a view that is off consensus and have that view turn out to be right.

CHARLIE ROSE: Now is that contrarian?

CHARLIE ROSE: As everybody else is going here, you come here.

MICHAEL STEINHARDT: You have to be right.

MICHAEL STEINHARDT: A contrarian is a plus but it’s not enough. To be contrarian is easy, but be contrarian and to be right in your judgment, to be right when the consensus is wrong is where you get the golden ring. And it doesn’t happen that much, but when it does happen you make extraordinary amounts of money. And in order to do that you have to be intellectually advantaged. You have to go through that same routine in terms of intensity and focus and commitment and the sorts of things that make anybody in any area, I think, superior.

MICHAEL STEINHARDT: Ninety-four. I use the word hubris because–

CHARLIE ROSE: Yes, that would be good.

MICHAEL STEINHARDT: –because I made so much money in an area that had still been relatively new to me — the area of macro investing; in investing in foreign currencies and foreign markets. And investing in areas where I didn’t have the same fundamental flow of information that I did in the domestic markets. But I’d done so well from ’90 to ’93, I really felt pretty good about things.

CHARLIE ROSE: Just give us a sense of what doing so well means.

CHARLIE ROSE: That’s really doing well. And so that means you’re taking home how much?

MICHAEL STEINHARDT: Personally not billions, but hundreds of millions.

CHARLIE ROSE: Not the partners, you .

MICHAEL STEINHARDT: Well, partners are taking home more than me, but I’m egregiously well compensated myself.

CHARLIE ROSE: Yeah. And so you were on a roll saying I can do no wrong?

MICHAEL STEINHARDT: Well, I don’t think I would have said that but I think one might have inferred that from the mass of sophisticated, complicated positions about which my knowledge was not deep enough.

CHARLIE ROSE: OK, is that the mistake? If you look back now, the mistake is just that?

CHARLIE ROSE: You were in places in which you were over your head essentially?

MICHAEL STEINHARDT: Well, certainly in retrospect I was, yes. But the phenomena, the variables that impacted those markets were not those that I was likely to anticipate before most other people. The variables that changed domestic markets, that at times changed domestic bond markets, I thought I was smart enough and focused enough to be there when the changes occurred early. Here, I wasn’t early enough.

CHARLIE ROSE: I know each of these people, as you know, from this show and other places. It seems to me that at one point or another, to a lesser or more degree, Julian Robertson and George Soros made the same mistakes.

MICHAEL STEINHARDT: I don’t think anybody can do this for a career without having made some important mistakes.

CHARLIE ROSE: You can’t win all the time.

MICHAEL STEINHARDT: You can’t win all the time. And that’s why I come back to the idea that how do you measure yourself? It seems to me the way you should measure yourself is how well you have done for those people who have entrusted their money with you over a long period of time. And that’s– I don’t see any other measure that’s worthy other than that. No one is capable of doing this as long as I and Soros and–

CHARLIE ROSE: And there are others too. I’m not mentioning some equally good as the people I’ve mentioned. There is this to be said, too. You left the business.

MICHAEL STEINHARDT: I left the business because somehow growing up in Brooklyn, in a lower-middle class neighborhood, I had imbued in me a set of values that in essence suggested that certain occupations were more ennoble than others. And devoting one’s life to making rich people richer was not the ideal way to–

CHARLIE ROSE: It wasn’t the noblest.

MICHAEL STEINHARDT: It wasn’t the noblest. And I felt this early on. I took a year’s sabbatical, which I had thought would be a retirement in the late ’70s. And I didn’t find anything else that was quite as intellectually stimulating as the stock market. But I continuously had the sense that I’d made more money than I possible needed, that it didn’t matter so much and I should find something. I used these few words like ”ennobled” and ”virtuous.” So I wanted to find something that would really– I could relate to as making my life of great value.

CHARLIE ROSE: Was this a passing phase?

CHARLIE ROSE: You stayed with the idea and you live with that idea today?

You can find the complete interview with Charlie Rose here.