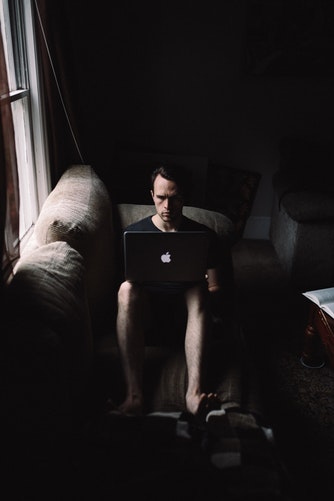 Let’s face it, most investors are not prepared to go through long periods or short periods of underperformance in order to achieve outperformance. The only problem with that is that those investors will invariably miss out of the big gains achieved by the most successful investors.

The good news is that if you are prepared to suffer through the heartburn of periods of underperformance you are more likely to achieve big gains, here’s proof. Take a look at the following passage from one of my favorite investing books – Hegdehogging, written by Barton Higgs. Higgs discusses the track record of some of the greatest investors of all time, including Charles Munger, and the periods of underperformance through which they had to hold their nerve in order to achieve their outstanding investment records.

Some years ago, Warren Buffett gave a speech at the Columbia Business School entitled “The Superinvestors of Graham-and-Doddsville,” on the anniversary of the publication of Benjamin Graham and David Dodd’s great classic, Security Analysis. In that speech he attacked the professors who maintain that the stock market is efficient, that prices reflect everything that is known, that there are no undervalued stocks, and that investors who beat the market are just lucky. He then went on to elaborate on the records of 10 investment management firms who were committed value investors.

All 10 firms had exceptional records and had produced returns, again over long periods, far above those of the major indexes. For example, Pacific Partners over 19 years achieved an average annual return of 32.9% overall—23.6% to the limited partners—versus 7.8% per annum for the S&P 500. Over 16 years Tweedy Browne’s limited partners enjoyed a gain of 936% versus 238.5% for the S&P. Buffett’s own record, of course, speaks for itself.

The surprising discovery, however, is that all of these superstars, with the exception of Buffett himself, underperformed the S&P 500 in 30% to 40% of the years studied. Templeton, who was not in Buffett’s group, also lagged about 40% of the time. None in the group always beat the S&P, probably because no one thought that was the primary objective. However, the underperformance in the down years was generally (but not always) small, and the positive differentials were large and, in some cases, huge. Most of the lag occurred in years when the averages made big advances.

Furthermore, with only two exceptions, all of the great investors cited by Buffett had long cycles (defined as three or three out of four consecutive years) of underperformance. Almost invariably, sustained bursts of spectacular returns either preceded and/or followed those bad periods. Obviously, to close your account after a cold spell would have been a spectacularly costly mistake. By contrast, it would have been a better tactic to lighten up after four or five vintage years. Relative performance runs in three- to five-year cycles, probably related to the manager’s style and the dominant themes of a particular market. See what I mean by reversion to the mean?

Some of the history is fascinating. An extreme example is Pacific Partners, which, after five straight years of beating the S&P 500 by big margins (the last three providing its investors gains of 120%, 114%, and 65%), then had returns below those of the S&P 500 for the next four years and in five out of six years. Pacific then got back on track with a 127.8% rise followed by three more years of solid albeit less spectacular gains. Now, you might say that as a client you just can’t tolerate that kind of volatility, which is understandable. However, for those 19 years the S&P 500 provided an increase of 316% (7.9% per annum), and the limited partners of Pacific after fees had a gain of 5,530% or 23.6% per annum. Returns of that magnitude are worth some heartburn.

Other examples include Charlie Munger, the man who reads, who later became Buffett’s partner. Munger once had a slump in which he lagged the S&P 500 in 4 out of 5 years, but over a 13-year span, which included the bad patch, achieved a compound return of 19.8% versus 5% for the index. Tweedy Browne has had a superb long-term record, but the firm has suffered bad spells in which it underperformed the S&P 500 in three out of four years.The Sequoia Fund lagged the S&P 500 for the first three and a half years of its existence, somehow survived, and then went on to glory.

The point that Buffett didn’t make is that two or three straight years (much less four) of performance worse than the S&P 500 today would result in most investment managers getting fired—certainly by the consultants who dominate the business and probably by most of their institutional clients. People have short memories, and the money management business is big on statistics and consultants who need to advocate change to justify their fees.