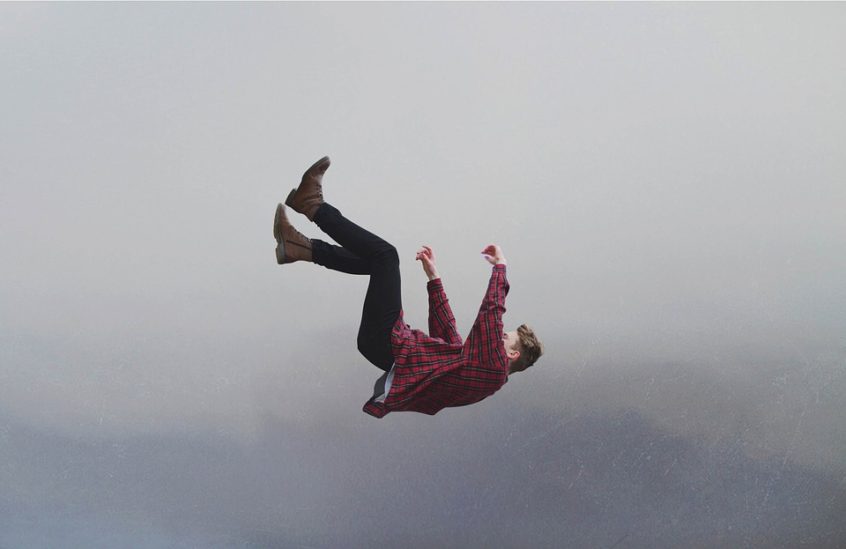 One of the answers to this common predicament can be found in the book called – Thinking Fast And Slow, by Daniel Kahneman. Kahneman is a psychologist notable for his work on the psychology of judgement and decision-making, as well as behavioral economics, for which he was awarded the 2002 Nobel Memorial Prize in Economic Sciences (shared with Vernon L. Smith). In 2015, The Economist listed him as the seventh most influential economist in the world.

Two avid sports fans plan to travel 40 miles to see a basketball game. One of them paid for his ticket; the other was on his way to purchase a ticket when he got one free from a friend. A blizzard is announced for the night of the game. Which of the two ticket holders is more likely to brave the blizzard to see the game?

The answer is immediate: we know that the fan who paid for his ticket is more likely to drive. Mental accounting provides the explanation. We assume that both fans set up an account for the game they hoped to see. Missing the game will close the accounts with a negative balance. Regardless of how they came by their ticket, both will be disappointed—but the closing balance is distinctly more negative for the one who bought a ticket and is now out of pocket as well as deprived of the game.

Because staying home is worse for this individual, he is more motivated to see the game and therefore more likely to make the attempt to drive into a blizzard. These are tacit calculations of emotional balance, of the kind that System 1 performs without deliberation. The emotions that people attach to the state of their mental accounts are not acknowledged in standard economic theory. An Econ would realize that the ticket has already been paid for and cannot be returned. Its cost is “sunk” and the Econ would not care whether he had bought the ticket to the game or got it from a friend (if Econs have friends). To implement this rational behavior, System 2 would have to be aware of the counterfactual possibility: “Would I still drive into this snowstorm if I had gotten the ticket free from a friend?” It takes an active and disciplined mind to raise such a difficult question.

A related mistake afflicts individual investors when they sell stocks from their portfolio:

You need money to cover the costs of your daughter’s wedding and will have to sell some stock. You remember the price at which you bought each stock and can identify it as a “winner,” currently worth more than you paid for it, or as a loser. Among the stocks you own, Blueberry Tiles is a winner; if you sell it today you will have achieved a gain of $5,000. You hold an equal investment in Tiffany Motors, which is currently worth $5,000 less than you paid for it. The value of both stocks has been stable in recent weeks. Which are you more likely to sell?

A plausible way to formulate the choice is this: “I could close the Blueberry Tiles account and score a success for my record as an investor. Alternatively, I could close the Tiffany Motors account and add a failure to my record. Which would I rather do?” If the problem is framed as a choice between giving yourself pleasure and causing yourself pain, you will certainly sell Blueberry Tiles and enjoy your investment prowess. As might be expected, finance research has documented a massive preference for selling winners rather than losers—a bias that has been given an opaque label: the disposition effect.

The disposition effect is an instance of narrow framing. The investor has set up an account for each share that she bought, and she wants to close every account as a gain. A rational agent would have a comprehensive view of the portfolio and sell the stock that is least likely to do well in the future, without considering whether it is a winner or a loser. Amos told me of a conversation with a financial adviser, who asked him for a complete list of the stocks in his portfolio, including the price at which each had been purchased. When Amos asked mildly, “Isn’t it supposed not to matter?” the adviser looked astonished. He had apparently always believed that the state of the mental account was a valid consideration.

Amos’s guess about the financial adviser’s beliefs was probably right, but he was wrong to dismiss the buying price as irrelevant. The purchase price does matter and should be considered, even by Econs. The disposition effect is a costly bias because the question of whether to sell winners or losers has a clear answer, and it is not that it makes no difference. If you care about your wealth rather than your immediate emotions, you will sell the loser Tiffany Motors and hang on to the winning Blueberry Tiles. At least in the United States, taxes provide a strong incentive: realizing losses reduces your taxes, while selling winners exposes you to taxes. This elementary fact of financial life is actually known to all American investors, and it determines the decisions they make during one month of the year investors sell more losers in December, when taxes are on their mind.

The tax advantage is available all year, of course, but for 11 months of the year mental accounting prevails over financial common sense. Another argument against selling winners is the well-documented market anomaly that stocks that recently gained in value are likely to go on gaining at least for a short while. The net effect is large: the expected after-tax extra return of selling Tiffany rather than Blueberry is 3.4% over the next year.

Closing a mental account with a gain is a pleasure, but it is a pleasure you pay for. The mistake is not one that an Econ would ever make, and experienced investors, who are using their System 2, are less susceptible to it than are novices.

A rational decision maker is interested only in the future consequences of current investments. Justifying earlier mistakes is not among the Econ’s concerns. The decision to invest additional resources in a losing account, when better investments are available, is known as the sunk-cost fallacy, a costly mistake that is observed in decisions large and small. Driving into the blizzard because one paid for tickets is a sunk-cost error.

Imagine a company that has already spent $50 million on a project. The project is now behind schedule and the forecasts of its ultimate returns are less favorable than at the initial planning stage. An additional investment of $60 million is required to give the project a chance. An alternative proposal is to invest the same amount in a new project that currently looks likely to bring higher returns. What will the company do? All too often a company afflicted by sunk costs drives into the blizzard, throwing good money after bad rather than accepting the humiliation of closing the account of a costly failure.

This situation is in the top-right cell of the fourfold pattern, where the choice is between a sure loss and an unfavorable gamble, which is often unwisely preferred.

The escalation of commitment to failing endeavors is a mistake from the perspective of the firm but not necessarily from the perspective of the executive who “owns” a floundering project. Canceling the project will leave a permanent stain on the executive’s record, and his personal interests are perhaps best served by gambling further with the organization’s resources in the hope of recouping the original investment—or at least in an attempt to postpone the day of reckoning. In the presence of sunk costs, the manager’s incentives are misaligned with the objectives of the firm and its shareholders, a familiar type of what is known as the agency problem. Boards of directors are well aware of these conflicts and often replace a CEO who is encumbered by prior decisions and reluctant to cut losses.

The members of the board do not necessarily believe that the new CEO is more competent than the one she replaces. They do know that she does not carry the same mental accounts and is therefore better able to ignore the sunk costs of past investments in evaluating current opportunities.

The sunk-cost fallacy keeps people for too long in poor jobs, unhappy marriages, and unpromising research projects. I have often observed young scientists struggling to salvage a doomed project when they would be better advised to drop it and start a new one. Fortunately, research suggests that at least in some contexts the fallacy can be overcome. The sunk-cost fallacy is identified and taught as a mistake in both economics and business courses, apparently to good effect: there is evidence that graduate students in these fields are more willing than others to walk away from a failing project.

One Comment on “What Should You Do With Under-Performing Stocks That You’ve Held For A Long Time? – Daniel Kahneman”