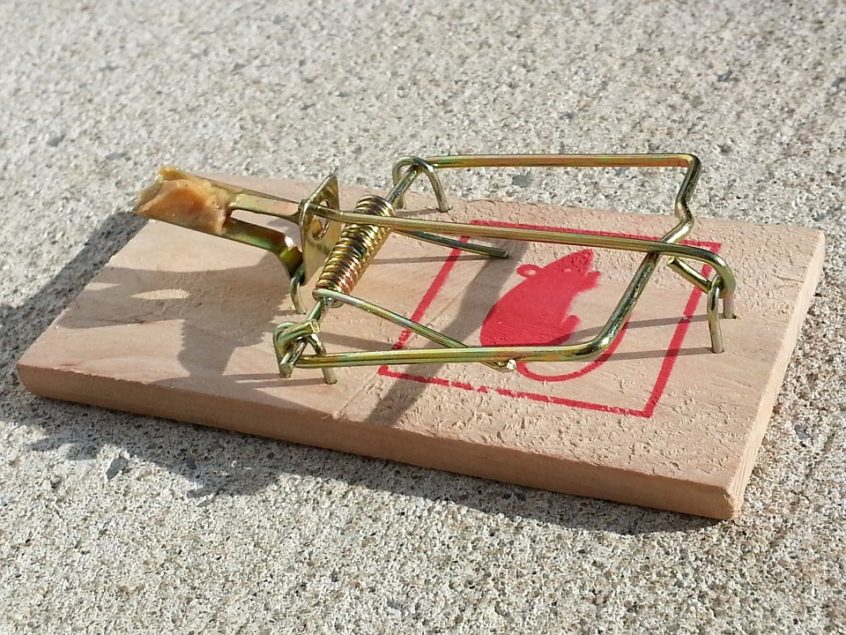 One of our favorite academics here at The Acquirer’s Multiple is Richard Thaler. Thaler is a Professor of Economics and Behavioral Science at the Booth School of Business, University of Chicago. The reason that we like him is he’s an expert in behavioral finance. Basically that means understanding why people make irrational financial decisions in investing.

He is also co-author (with Cass R. Sunstein) of the global best seller Nudge (2008) in which the concepts of behavioral economics are used to tackle many of society’s major problems. In 2015 he published Misbehaving: The Making of Behavioral Economics. He has authored or edited four other books: Quasi-Rational Economics, The Winner’s Curse: Paradoxes and Anomalies of Economic Life, and Advances in Behavioral Finance (editor) Volumes I and II. He has published numerous articles in prominent journals such as the American Economics Review, the Journal of Finance and the Journal of Political Economy.

Some of the best advice provided by Thaler on how to overcome behavioral investing traps can be found in the book  –Investment Titans – Investment Insights from the Minds That Move Wall Street, by Jonathan Burton.

Here’s some of Thaler’s great insights from the book:

The most common mistake investors make is not thinking about everybody else. Look at the Internet stocks. Everybody thought they alone discovered the Internet. They failed to realize that lots of people had the same insight yesterday and had already bid prices up to ridiculous levels.

People exaggerate their own skills. They are optimistic about their prospects and overconfident about their guesses, including which managers to pick. If you ask people a question like “How do you rate your ability to get along with people?” ninety percent think they’re above average. 90 percent of all investors also think they’re above average at picking money managers, which is why they think they can find the one-third who can beat the index, and why they’re willing to pay money to get that chance.

On being overly optimistic:

Our research predicted that winners would subsequently underperform, since investors were overly optimistic about their prospects, and that losers would subsequently outperform because these battered stocks had little downside risk. That shouldn’t happen in an efficient market. In an efficient market, you can’t predict future price movements from past price movements. Stock prices are supposed to have no memory. We found that they do.

Loss aversion isn’t as great if you take a long enough view. However, the chance for losing money on a quarterly basis is quite high. Losing hurts. It’s an instinct. It probably goes back to living at subsistence levels. When you’re at subsistence, any reduction is life-threatening. Most of us can afford to lose a little. But our bodies are still hardwired to be very sensitive to any loss.

On fear and regret:

Say I have two stocks, each selling at $100. One I bought at $50 and one at $200. I can sell the one that’s gone up and declare victory. But if I sell the one that’s gone down, I have to declare defeat. As long as I’m still holding it on the books, I can wait for it to go back up and convince myself that I’m really an OK stockpicker after all. People are reluctant to close an account with red ink. They’d rather leave it open. The losers in a poker game always want to keep playing. The winners are ready to go home.

On selling a stock:

I tell people that a good way of asking whether you should keep a stock—ignoring tax considerations—is whether you’d be willing to buy it. If we would never dream of buying it at the current price, then, again, neglecting taxes for the moment, we probably should be selling it.

Mental accounting is set up to solve self-control problems. People will set aside a certain amount of money that they’re willing to gamble. They set that up as their gambling account so that they won’t go and invade the rest of their money. And that serves a function. It’s a fiction, but it will prevent them from losing the money for their house or their children’s education. So these boundaries can serve useful budgeting purposes.

Anchoring can cause investors to think things haven’t changed when they have. Anchors are useful, but people end up giving too much weight to the anchor and not going far enough from it.

On analysts overconfidence and anchoring:

Analysts are overconfident and anchored to their beliefs. Then they get surprised. Once analysts believe the surprises, they raise earnings estimates. People take notice, and the stock price goes up.

Find companies where insider buying seems to provide a strong signal that the company has turned itself around, and yet the market hasn’t reacted yet. Management often knows things about the company that they announce and the public doesn’t listen to. So when key insiders are buying, one reason can be that the stock is too cheap.

Finally, there’s also a great passage in the book regarding how we process risk. Here’s an excerpt from the book:

In one noteworthy experiment, Tversky and Kahneman posed the following two options: You pay $40 for a theater ticket, but as you enter the theater you realize that you’ve lost the ticket. Would you buy another?

Now suppose you arrive at the theater to buy a $40 ticket and discover that you’ve lost $40. You have enough cash to buy another ticket—would you?

Most people would not buy a replacement ticket, but would spend another $40. Their decision is due to the way the choices are framed, Tversky and Kahneman reasoned. People establish a mental account for the theater tickets, and they’ve budgeted $40 for it. If they buy another ticket, that’s $80—twice what they had planned to spend. In the other example, the lost $40 is charged to a different mental account, like a special dinner or a new shirt.

Perhaps mental accounting is good for self-discipline, but these fragmented decisions can limit an investor’s horizon. A better attitude is to see life as a series of repeated gambles in which you make many risky decisions. Some work, and others don’t. If you dwell over every failure, you’ll have a lot of dark days—and might not fully appreciate the joyful times. But if instead you occasionally review your progress in life—the highs and lows of career, family, health, finances—then you will tend to be more rational and matter-of-fact because you’re now seeing the world through a broader, less emotional lens.

Most people wouldn’t. Now imagine that your entire net worth is $1 million. The same bet is offered, but this time you’re told that with one coin flip, you will be worth $990,000 or $1.015 million. Somehow, this bet seems more bearable—even attractive.

When you think in terms of overall wealth, as Bernoulli suggested, you have a different take on risk. Gains become less exciting, and losses are less painful. Every bump doesn’t become an earthquake. You’ll play again another day.