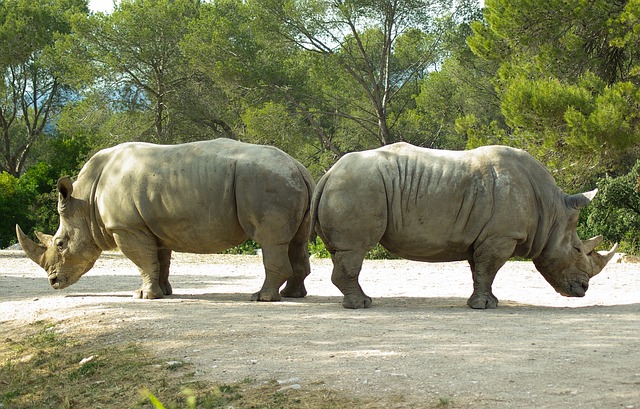 One of my favorite investors is Sam Zell.

According to Forbes, Zell is one of America’s most prolific real estate investors, Sam Zell is the son of a Polish grain merchant. His parents and sister escaped Poland by train hours before Hitler’s army bombed the tracks that ran through their town. The family reached the U.S. by way of Japan in 1941. Sam was born four months later. In October 2015, Zell agreed to sell 23,000 apartments — about 20% of his Equity Residential’s portfolio — to Barry Sternlicht’s Starwood Capital for $5.4 billion. His private equity firm Equity International, which invests in emerging markets, closed its first Asian fund in September 2016 with $205 million committed. It plans to invest in Japanese warehouses.

One of my favorite Zell interviews is one he did with the Graham and Doddsville Newsletter in the Winter of 2012 in which he spoke about his investing strategy and how he finds great investment opportunities when others see distress.

G&D: How do you think about valuation, whether it‘s a real estate or a non-real estate asset, and could you perhaps give us an example of your approach?

SZ: I start by not paying much attention to the market. I think the Street reflects the value of the last share traded, but the true value of the asset may be more or less than what‘s indicated publicly. In the same manner, I don‘t make investments predicated on the assumption that there‘s a greater fool out there who‘s going to buy it from me for more than I paid for it. I look for situations that logically make sense to me.

As an example, in 1985 I took over Itel Corporation. At the time, Itel had been the largest bankruptcy in the history of the United States. Coming out of Chapter 11, the company still owned a subsidiary that leased 17,000 railcars. Business had been so terrible that utilization of the railcars was 32%. While others might have considered this a really horrible situation, I looked at it and said: ―These railcars are almost new because they haven‘t been used. By virtue of this fact, I bought them at dramatically less than their replacement cost. I then looked at the broader rail business and determined how many railcars there were, who had built them, when they had been built and what the general story of the business was.

In the meantime, demand for boxcars was as flat as a dead man‘s EKG. Therefore, nobody wanted to touch the business because there was no growth. During this same period, 65% of the boxcars in the country were scrapped. I reminded myself that everything is about supply and demand. I knew that when the supply and demand curves for boxcars met, I could make a fortune. So I went out and bought all of the used railcars in America.

By the time I was done, we owned 92,000 railcars and became the largest lessor of railcars in the United States. We did extraordinarily well because we had bought these railcars at significant discounts to replacement cost and yet rented them at market rates. Now, you tell me I‘m a genius but the truth of the matter is that the information I‘ve laid out was available to everybody. All anyone had to do put the pieces together. For some reason, that‘s what I do well. I see things differently.

G&D: Could you give us another example where you saw something that was obvious to you but not to others?

I don‘t really believe in synergies, such as cross-selling and all the other elements they teach in business schools. The only thing that‘s relevant to me is redundancy. Everything else is if-come-maybe. So, I acquired the number three business in the industry, put the two companies together and the revenue was still $200 million but the expenses were now $85 million instead of $100 million. We picked up a 15% expense difference, which was all profit, and we became the low-cost producer. We then acquired the leasing company that was number seven in market share and became number one in the container leasing industry. By virtue of this, we had the lowest costs in the business and a real competitive advantage.

G&D: Do you have another example of a unique investment opportunity that presented itself due to a shift in an economic cycle?

SZ: As was true for my philosophy of being the first national real estate investor in second-tier cities, I‘ve always been willing to shift my ideas and criteria, but I‘ve also always believed in what I‘m trying to implement. In the early ‘70s, buying apartments became too expensive so I started financing builders to build apartments. By 1972, everyone believed the world was going to grow to the sky; there were cranes on every block. But I knew that supply and demand were out of balance, and I stopped backing developers. Then, seemingly overnight, market sentiment shifted, and in 1973, everyone seemed to believe there was no future. Asset prices plummeted, and I realized that this didn‘t make sense either. So, I began aggressively acquiring property, financed very cheaply, to take advantage of what I thought was a once-in-alifetime distressed opportunity.

Between ‘73 and ‘77, I acquired $3 billion worth of real estate. The banks had a problem carrying a large amount of distressed real estate with so many properties in foreclosure. They weren‘t looking to make money. They were just trying to mitigate the losses their real estate loan portfolios were expected to generate. In those days, institutions didn‘t have to mark-to-market, so I tried to figure out ways to preserve the principal of the asset for the seller and still make the deal work. It basically amounted to lowering interest rates on the debt to the point where you could almost carry it or you had a defined carry. We realized that if we could accumulate assets – particularly in an inflationary time – with cheap fixed rate debt, it was hard not to make a fortune.

When people looked at our performance during the ‘70s, they always asked, ―How did you pick all those ripe projects? But the truth of the matter was that I created $3 billion worth of 5% fixed rate debt in an inflationary environment of 10, 12 or 13%. In this situation, it was hard for it not to work. And yet, like many others in my career, most people thought I was crazy. I‘ve spent my whole life listening to people explain to me that I just don‘t understand, but it didn‘t change my view.

Many times, however, having a totally independent view of conventional wisdom is a very lonely game. In the early 1990s, when I was again buying up all of the distressed real estate I could in the US, I kept looking over my shoulder asking myself, ―Where is everyone else? It‘s not that I like competition, but you do start to wonder why you continue to be the only game in town. And I was for roughly three years, from ‘88 to ‘91. I would buy a building from a bank and they‘d ask, How about three more? At some point I stopped to question my thesis, but I went through my whole thought process once again and remained confident that I was right.

G&D: Are there any other key tenets of your investment process?

SZ: I philosophically believe that if you can‘t delineate your idea in one or two sentences, it‘s not worth doing. I‘m the Chairman of everything and the CEO of nothing, which means that the people who work for me come to see me with ideas all day long. My criterion is if they can‘t concisely explain their idea, then I throw them out of my office and tell them to come back when they can. Simplicity is critical. Additionally, one of the greatest risks of any investment is execution risk, and I think it is highly overlooked. I have great respect for execution risk and am always sensitive to people coming up with ideas that don‘t have all of the t‘s crossed and i‘s dotted with respect to how the plan is actually going to be executed.

G&D: How do you or your team typically generate investment ideas?

SZ: I have a pretty good address book and a lot of people call me with ideas. We‘ve done hundreds of transactions and I take great pride in the fact that people are willing to do repeat deals with me. It‘s very common for us to get phone calls from previous partners who want to introduce us to new opportunities. Then, of course, there are about 30 or 40 managing directors who work in my office, and they in turn have contacts and those connections generate ideas.

We‘re very opportunistic and we‘re very comfortable looking into new ideas. We have resources in a wide variety of industries so we can learn a lot about a business pretty quickly. We‘ve also been in many industries, so a lot of what we know or have learned in the past is transferrable.

G&D: What is it about your personality or process that has allowed you to be so successful?

SZ: Number one, I always seemed to have a lot of selfconfidence so I didn‘t pay attention to conventional wisdom.

Number two – you may have heard the quote, – common sense isn‘t so common – I‘ve always been a great believer in logic. I have a lot of common sense and I see things differently. Many people see problems, but entrepreneurs see solutions, and that‘s really what I do. I recognize differences that other people don‘t seem to see.

Third, and most importantly, what I have been able to do is to assess risk and reward accurately throughout my career. The definition of a great investor is someone who starts by understanding the downside. You must make the judgment in advance as to how much downside risk you are willing to take. I knew that I could always survive the good days, but the critical element is to be able to survive when the market isn‘t doing well or the investment isn‘t performing. I always focus on how much exposure I am taking.

Investors stumble when they take risk and don‘t receive commensurate reward. Investors stumble when they get bull-headed or when they shift to doing something that is outside of their core competencies. My success has been related to being a very good observer, having opinions and being willing to implement them, and understanding and believing in the Bernard Baruch saying nobody ever went broke taking a profit.

Lastly, in the simplest philosophical phrase, I‘ve always believed in going for greatness. I‘m highly motivated and I‘ve always been highly motivated, not necessarily because it translates into dollars, but because there‘s a great satisfaction in achievement. I think, more than anything else, that is what has always driven me and been a major contributor to my success.