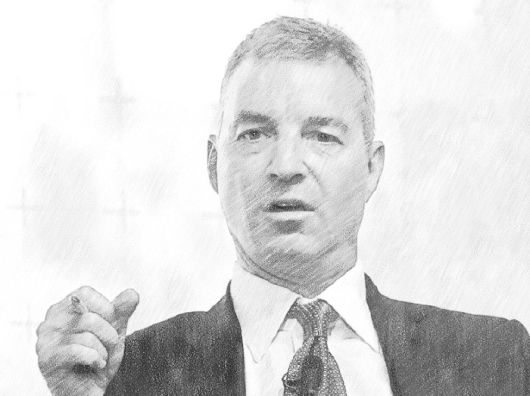 One of the best resources for investors are the Third Point Quarterly Letters which contain a number of investing nuggets. The latest Q4 2016 letter is one such example with Third Point saying, “This environment is undoubtedly better for active investing – just as active investing was considered to be on its deathbed.”

Trump’s election has accelerated the end of QE. The baton is now passing from the Fed to the Treasury, which will provide fiscal stimulus via comprehensive tax reform and infrastructure spending. We expect a significant reduction of corporate and individual taxes, the elimination of the interest rate deduction, and the removal of the deductibility of state and local income taxes from federal returns. To stimulate investment, we see an immediate deduction for capital spending and a dramatic pullback in government bureaucracy, red tape, and regulation.

In the immediate term, we believe we will see an acceleration of economic growth at home. Electing a President who is seen as pro‐business (ignoring his protectionist views on global trade) has awakened animal spirits, already demonstrated by the record spikes in both business and consumer confidence since the election. This economic growth will come at the same time as inflation is starting to inflect upwards and the domestic economy is close to full employment, notwithstanding the low labor force participation rate.

The regime shift to fiscal spending will create a very different investing backdrop. Cross‐asset class correlations should fall and, even within equities, there will be much greater dispersion of results. This environment is undoubtedly better for active investing – just as active investing was considered to be on its deathbed. Higher rates will create opportunities, reversing the one‐way trade in yields that dampened the past few years.

Winners and losers will be impacted by policies created by the Trump administration’s actions and the world’s reactions to them. While the markets have moved since the election, we do not believe that investors have digested how different things will be. Markets will continue to do well if we see the promised lower taxes, massive deregulation, and higher growth and wages. For the new President, it will be tough to #MAGA if the stock market is faring poorly. This is not a simple task. Some aspects of tax reform, namely BAT, have the potential to create some volatility in earnings for large importers of goods into the U.S. In anticipation of the BAT becoming reality, we have added investments in securities that have interest rate sensitivity, domestic supply chains, and are net exporters, as well as domestic businesses that benefit from a much lower tax rate.

We expect to do well this year by applying our approach to investing opportunistically in this brave new market. The move from deflation to inflation is good for our style of investing. A reflationary environment creates favorable conditions for value and event‐driven investing, risk arbitrage, and activism and so our exposure has increased in equities relative to corporate and structured credit. We expect that credit will be a mini‐cycle story like the one we saw last year, where opportunities popped up quickly and only those with the ability to be nimble and move capital quickly generated profits.

While our portfolio is primarily focused on the U.S., an accelerating U.S. economy (which results in global growth accelerating as well) creates the right backdrop for non‐U.S. markets to perform and so we will likely have more non‐U.S. exposure as 2017 progresses. Our bullishness is not without some caution, however. We recognize that trade wars and/or escalating inflation could result in a policy mistake that could then result in a sharp sell‐off. Our hedges are structured to guard against negative impact from those events.

Here is the Third Point Q4 2016 letter in its entirety: