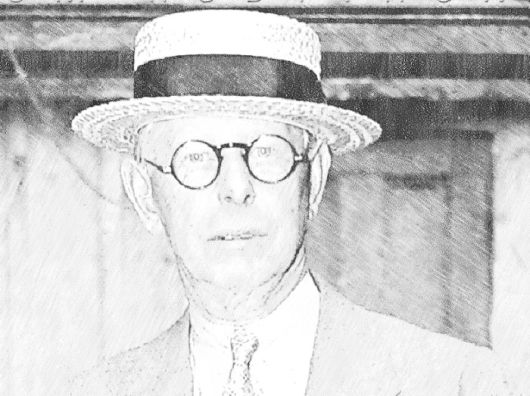 Before the modern day tweeter @Jesse_Livermore, there was a famous investing legend also called Jesse Livermore. The original Livermore was born in 1877 and died in 1940. Livermore was famous for making and losing several multimillion-dollar fortunes and short selling during the stock market crashes in 1907 and 1929. Livermore was an investing genius who unfortunately could not stick to his own rules – Which is why one of his rules – “The human side of every person is the greatest enemy of the average investor or speculator”, is so relevant to every investor.

Livermore claimed that his lack of adherence to his own rules was the main reason for his losses after making his fortunes in 1907 and 1929.

The good news is that Livermore left investors with 21 investing rules which are still as relevant today as they were when they were written seventy seven years ago.

1. Nothing new ever occurs in the business of speculating or investing in securities and commodities.

2. Money cannot consistently be made trading every day or every week during the year.

3. Don’t trust your own opinion and back your judgment until the action of the market itself confirms your opinion.

5. The real money made in speculating has been in commitments showing in profit right from the start.

6. At long as a stock is acting right, and the market is right, do not be in a hurry to take profits.

7. One should never permit speculative ventures to run into investments.

8. The money lost by speculation alone is small compared with the gigantic sums lost by so-called investors who have let their investments ride.

9. Never buy a stock because it has had a big decline from its previous high.

10. Never sell a stock because it seems high-priced.

11. I become a buyer as soon as a stock makes a new high on its movement after having had a normal reaction.

13. The human side of every person is the greatest enemy of the average investor or speculator.

14. Wishful thinking must be banished.

16. It is not good to be too curious about all the reasons behind price movements.

17. It is much easier to watch a few than many.

20. Do not become completely bearish or bullish on the whole market because one stock in some particular group has plainly reversed its course from the general trend.

21. Few people ever make money on tips. Beware of inside information. If there was easy money lying around, no one would be forcing it into your pocket.