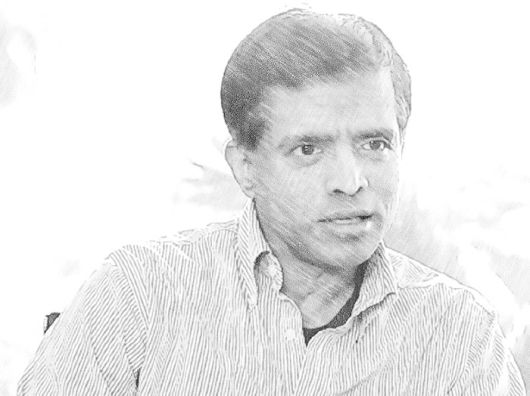 One of the financial academics that we follow closely here at The Acquirer’s Multiple is Aswath Damodaran.

Damodaran was recently interviewed by CNBC about Apple’s current cash hoard and credited the company with ignoring the ‘advice’ from Wall Street analysts. It’s a must read for all investors.

Despite Wall Street’s obsession with Apple’s enormous cash war chest, one respected financial academic believes the best thing for the iPhone juggernaut to do with that haul is “probably nothing.”

The advice applies to both the iPhone maker’s record $246.09 billion in cash and its business model, said Aswath Damodaran, a professor of corporate finance and valuation at New York University’s Stern School of Business.

“The recognition has to come that this is a cash machine in a slowing market business,” said Damodaran, who is sometimes referred to as Wall Street’s “dean of valuation,” in a phone interview with CNBC.

Apple shares traded at record highs Tuesday near $147 ahead of the company’s fiscal second quarter earnings report after the close Tuesday. Damodaran said the stock is fully valued around $140 a share, while $94 was a good place to buy.

Over the last few years, the iPhone maker has generally used its cash for regular increases in share buybacks and dividends. Analysts expect another when Apple reports after the bell.

“Given the tax restraints, I think Apple is doing a good job” with its current capital deployment plan and shouldn’t resort to anything drastic, Damodaran said.

The iPhone maker’s ever-growing cash pile is mostly stashed overseas due to the high U.S. corporate tax rate. Now that the Trump administration is expected to cut the tax rate on profits brought back from overseas, Wall Street has increased its focus on the cash and what Apple could do with it.

CEO Tim Cook said during the firm’s fiscal first quarter earnings call that such tax reform would be “good for Apple.” But while waiting for details on a plan, Cook said the company is “always looking at acquisitions” for their strategic value.

Several analyst notes leading up to the earnings report laid out a range of scenarios on what Apple could do with its cash:

Such conjecture, Damodaran said, however, is generally faulty. The one thing he credits Apple for is not listening to many of those Wall Street analysts.

“Accumulating cash is actually the end product of a good investment. Be glad that not every company is a cash-burning machine. You need cash-accumulating companies like Apple to help,” he said, noting that theoretically, shareholders could use the extra capital they earned from Apple’s stock to invest in Tesla or Uber so Apple doesn’t have to do that for them.

On Monday, the Wall Street Journal ran a front-page story on Apple’s cash hoard that noted management’s preference for leaving cash untouched, while pointing out that the iPhone maker “could buy both Tesla and Netflix and still have plenty left over.”

The online version of the article also included an interactive graphic which lets readers choose which companies Apple could buy with its cash.

Shares of electric car company and infamous cash burner Tesla hit an intraday record on Tuesday and have a market capitalization worth more than $52 billion. Netflix shares traded within $2 of their intraday record high touched Monday and currently tip the scales at a market value above $67 billion.

You can read the original article on CNBC here.