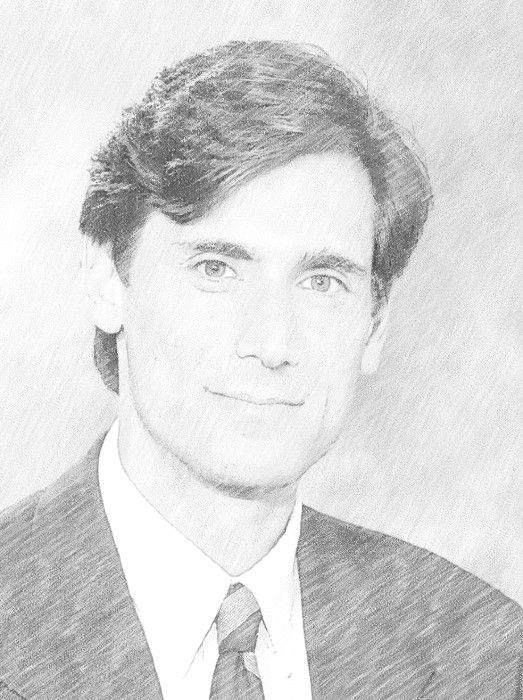 One of our favorite investors here at The Acquirer’s Multiple – Stock Screener is Steven Romick.

Romick is the Managing Partner at FPA Funds, he serves as Portfolio Manager for the FPA Crescent Fund, Source Capital, Inc. and the FPA Multi-Advisor Strategy. Prior to joining FPA, he was Chairman of Crescent Management and a consulting security analyst for Kaplan, Nathan & Co. Romick was named a Morningstar Domestic-Stock Fund Manager of the Decade Nominee in 2009 and, along with Mark Landecker and Brian Selmo, Morningstar U.S. Allocation Fund Manager of the Year in 2013. Both awards were in recognition of his leadership with the FPA Crescent Fund.

What we really like about Romick is his shareholder letters, which are a great resource for all investors. One of our favorites is his 2011 letter in which he admits to making two mistakes with the purchase of Hewlett-Packard. It’s a great demonstration of how to convey these mistakes to your shareholders.

We find investing especially challenging today — not that it’s ever been easy. We feel like we are forced to bet on policy, and how does one do that? Particularly when we believe we are betting that too many of the wrong people will make the right decisions. We feel a little like explorers, blazing new trails, learning about the new world we’ve come upon, charting a different path with new information, all while trying to avoid being scalped.

We continue to seek the best path, even if it’s new, to both protect your capital (first) and to provide a return on it (second). It’s as the Scottish missionary and explorer David Livingstone once declared: “I am prepared to go anywhere, provided it be forward.” Along the way though, we sometimes feel a bit like Daniel Boone, who said, “I have never been lost, but I will admit to being confused for several weeks.” We’re left with the hope that selfish and uneducated views coalesce somehow to form appropriate policy. But we’re not seeing it, so we maintain our cautious positioning, with net exposure to risk assets at 70.5%, which includes 5.0% of corporate bonds that are largely lower risk.

As a result, we are not positioned for the world being great, and our performance will lag should that prove the case. We continue prudently, however, aware that the metaphor of ‘kicking the can down the road’ is misleading because it implies a problem of a constant proportion instead of what we see as more of a snowball, rolling downhill and gathering momentum and size with each advancing yard. Volatility is our friend. We anticipate more of it, and will commit capital accordingly.

Consider the argument made at the beginning of this letter — that one company’s faster earnings growth does not necessarily mean that its stock will outperform a business whose earnings grow more slowly. In fact, we would argue that one can successfully invest in a shrinking business, even one that ultimately disappears, as long as that company, 1) generates free cash flow, 2) has a shareholder-friendly management team that’s returning that excess capital to its shareholders, and 3) was purchased at a price that takes into account the company’s ultimate net present value and deteriorating prospects, and still allows for an attractive return.

It’s not that we seek such investments, but we do occasionally find and profit from them. Wang Laboratories, the now defunct manufacturer of mainframe computers, comes to mind as one such investment. However, there are others that can become value traps. We erred in making one such investment in 2011.

We purchased a small position in Hewlett Packard (HPQ) as part of a tech basket in 2011. Although the tech basket performed reasonably well, HPQ was a mistake — not just because we have lost money thus far, but also because we allowed rationalization to creep into our process. We established a small, toehold position at an average price just over $40, believing that the P/E was just 8x, that the printing business was an annuity, and that the services business had sustainable cash flow at current (or better) levels.

Subsequent research revealed that neither business was as resilient as we thought. Instead of selling our stake at that time, though, we argued that the stock price remained cheap enough to stay in the basket. We were wrong. HPQ management made a series of reckless decisions, including a multi-billion dilutive acquisition; a publicly announced commitment to WebOS that was retracted within a month; and declaring their intention to sell their PC business without having a buyer lined up (leaving customers to worry about who would stand behind the products in the future, and undermining sales efforts aimed at IT departments).

Nevertheless, we do not believe Hewlett Packard is a Wang Laboratories. The stock ultimately declined to $21.50, but we added to our position at lower prices, and the stock increased to $25.76 at year-end.

We are mindful that when a big asset bubble finally bursts, the ramifications are large, and the time to resolution is usually long. Take housing for example. The drinking binge of easy money has created a five year hangover, and counting. The housing market remains weak, but does seem to be bumping along a bottom. We have made a number of investments exposed to the housing sector, e.g., Lowes, mortgage whole loans, and some small bank positions.

On the emerging economies front, economic growth has been reasonably good, but the performance of their respective bourses has not (they declined far more than their U.S. counterparts). It’s ironic that our debtor nation is still viewed as a safe haven, while the creditor nations are viewed as more risky. We suspect that such accepted wisdom of today will be turned on its ear tomorrow.

In general, smaller domestic businesses don’t have much of a foreign footprint; as a result, faster growth overseas disproportionately benefits the larger, global companies, and it’s in those companies that we continue to maintain a greater concentration. We do not do much in emerging markets directly, but we do continue to seek those investments domiciled in more developed markets that have exposure to up-and-coming economies (typically, those are bigger companies).

In the second half of the year, Crescent established new positions in a few companies that have more such global footprints. We initiated investments in Google, as well as the advertising agencies Interpublic and WPP. The fortunes of all three are tied directly to the level of global advertising spend, and they all saw their shares prices decline due to concerns of a recession-related slowdown. At our purchase price, we believe we were buying each at roughly 11-13x our estimated earnings for 2012 should the fears of a macroeconomic slowdown prove correct. This strikes us as a very reasonable multiple to pay for asset-light global businesses that generate strong free cash flow across the business cycle and have the capability to grow earnings greater than GDP in a normal economic environment.

Of the three, we expect Google to grow revenue the fastest, IPG to demonstrate the greatest improvement in operating margins, and WPP to fall in the middle on each measure. Regardless, at the prices we paid, the market was according little progress to any of these prospects, and that allowed us to purchase each position at a price that provided an attractive margin of safety in all but the most pessimistic of outcomes. Should the valuations of any of these names retrace over the coming year we would expect to accumulate on weakness and increase our position sizes. In fact, at the right price, we would very much like to see this collection of companies account for a demonstrably greater exposure than where the weighting currently stands.

We continue to focus our long equity book on larger, higher-quality businesses that trade at reasonable valuations and that have great balance sheets, as well as attractive dividend yields (when possible). The portfolio characteristics listed below reflect the current direction, with a weighted average P/E, Price/Book, and Debt/Capital at less than our historic average, while the fund’s Market Capitalization, Return on Equity and Dividend Yield are above average.

High yield continues to afford us little opportunity. We hear a lot about spreads having widened out, but that isn’t so interesting when the starting yield of the benchmark treasury is so darned low. For example, a 10-year corporate bond that yields 8% doesn’t seem alluring in the context of a 2% 10-year treasury yield. We will consider corporate bonds that have attractive yields on an absolute basis and a debt valuation (after marking the debt to market and assigning no value to the equity) that provides a margin of safety given our estimate of the company’s intrinsic value. To our mind, everything else falls into a category called Time Arbitrage. That is, we

would be betting that the company will have enough cash to pay us off at maturity, or that the markets will permit a refinancing. That’s a judgment we choose not to make.

We suspect that we will have less exposure to “absolute” shorts in the future, since stocks will be worth more over time, and because we expect higher rates of inflation over time — the scourge of the short seller. Inflation might allow for future reported earnings to be higher than one might otherwise expect. We therefore want to be careful that we are not nominally right, but real wrong. We have reduced our exposure to 2.4% and have become more selective as a result. Paired trades and intra-company arbitrage positions will not be affected.

There’s more information floating around today than at any time in the past. We’re inundated to the point of distraction. As physicist Michio Kaku points out in his recent book, Physics of the Future, there is more computing power embedded in the chip of a song-playing birthday card than that of all the Allied Forces in World War II combined. In this digital age, we probably process more information in a week than our grandparents did in a lifetime. There is a curse to this technological blessing. There’s just so much of it. We do our best to limit the extraneous, organize the clutter, and remain focused.

Although we do not personally know all of our shareholders/clients, we hopefully understand your expectations, because they should not be dissimilar from our own. We certainly hope we’re aware of your needs, unlike the Balducci’s market in New York City that once famously advertised ham as “Delicious for Chanukah.” We hope our in-depth communiqués clearly explain our process, and that you take comfort in our long-term point of view, as well as share a willingness to be disinvested, an acceptance of periodic underperformance, and a desire to avoid permanent impairment of capital. We further hope we have succeeded in keeping away those who may have a near-term need for their capital, a desire to “beat the market” annually or not underperform by too much, and any expectation inconsistent with our own. As one shareholder observed, Crescent offers “kinder, gentler equity exposure.” We don’t suggest that our clients have all their capital with us, but that doesn’t stop us from managing your portfolio as if you do.