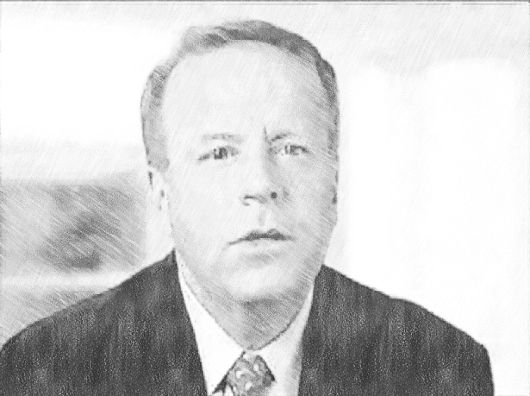 One of our favorite investors at The Acquirer’s Multiple – Stock Screener is Charles Bobrinskoy.

Prior to joining Ariel in September 2004, he spent over 21 years as an Investment Banker at Salomon Brothers and its successor company Citigroup, where he rose to Managing Director and Head of North American investment banking branch offices.

As of December 2016 Ariel Investments has $8.47 Billion in assets under management (AUM),

One of the best Bobrinskoy interviews was one he did earlier this year with The Wall Street Transcript. It’s a must read for all investors.

Here is an excerpt from that interview:

TWST: Can you explain your role in the firm and also the fund that you want to speak about today?

Mr. Bobrinskoy: I am Vice Chairman of Ariel, and I have the domestic equity investment group reporting to me. I am also the Portfolio Manager of the Ariel Focus Fund, which is our all-cap value strategy.

TWST: Can you talk a little bit about what type of investor the Ariel Focus Fund is for?

Mr. Bobrinskoy: The fund is for both institutional and high net worth clients, targeting people with a value orientation and a long-term approach. It is an independent-thinking contrarian fund with a focused strategy that invests in less than 30 stocks in any market cap. We talk about it as being the best ideas that Ariel finds across any market cap.

TWST: Is there a reason why you keep it so concentrated to, say, 30?

Mr. Bobrinskoy: It comes from something that Warren Buffett teaches, how you get better returns if you invest in your 20 best ideas rather than diversifying into 100 stocks, the average number for most mutual funds. We agree with that. We think there is a lot to be said for investing in your best ideas. Now, it does mean you have a little more concentration and a little bit more volatility, but we do think it is much easier to produce alpha in a concentrated portfolio than in a 100-stock portfolio.

TWST: And why is that?

Mr. Bobrinskoy: It comes from one of the four pillars of our investment philosophy, namely, expertise. It is very hard to be an expert in 100 names and much easier to spot the opportunity in 28 names. The danger is if you own more names, you start to look more and more like an index, and any great idea will, by simple mathematics, have less impact on the portfolio.

There is of course a trade-off; you don’t want to take this to an extreme. You could have only one stock or two stocks, and that would produce, in our judgment, too much volatility and risk. We think the sweet spot for this strategy is in 20 to 30 names where we can have real expertise on the companies, invest in our best ideas but not have the kind of volatility that would come from a nine-stock portfolio.

TWST: What are the assets under management currently?

Mr. Bobrinskoy: In the strategy it is about $170 million, while firm-wide in this style of investing that we call Buffett-style traditional value, it is about $7 billion.

TWST: Can you give us a little bit more explanation on the process you go through in order to select those 30, and as you do so, mention how often you would adjust the holdings?

Mr. Bobrinskoy: Yes. It is a low-turnover strategy with turnover of less than 40%, when the average mutual fund is more like 100%. This comes from another pillar of our investment philosophy, which is patience. We think the stock market is very efficient, but the one glaring inefficiency is excessive focus on the short term. The value of a stock is the present value of the cash flows that will be earned in perpetuity. When you do the math, you find that the cash flows from year two through 30 represent over 90% of the value. Yet, we would argue that the stock market and investors spend 90% of their time focused on the next 12 months.

If that hits the stock and makes the short-term outlook appear challenged, the stock may drop abruptly, although there has been no material change in the long-term value. The stock will jump to the top of our watch list, and we will update our valuation analysis.

We are hoping to find a company with a long-term opportunity in the face of that short-term problem. The most glaring example of that might have been six months ago, when we made KKR (NYSE:KKR) our biggest holding in the Focus Fund. People were nervous about the short-term outlook for IPOs. A change in the regulatory environment might tax capital gains and carried interest on a different basis. The stock market drove KKR stock down from $24 in 2015 all the way down to $12 in July of this year.

Nobody would deny that KKR is a wonderful company with a great business and spectacular margins in a growing industry. And yet, admittedly, the short term was going to be bumpy. We made it our largest position. As often happens in value investing, a catalyst developed that we had not expected. Republicans swept the White House and Senate, and all of a sudden the out-of-favor asset management industry is now back in favor, and the stock is behaving much better, although still well below our calculation of its intrinsic value.

Another example of this process in a similar industry would be Western Union (NYSE:WU), one of our top five positions. Again, it is a great company with a network of thousands of money transfer offices around the world. The network is a clear competitive advantage producing real economies of scale. Western Union had faced concerns about new regulations from a Democratic-controlled Senate and new regulations on money transfer fees. Western Union was trading at 10 times earnings in a market trading at 17. We acknowledged the short-term headwinds, but thought this was a business that would survive any change in the political environment. That short-term headwind has gone away, and the stock has performed very, very well.

So the idea is, buy stocks trading at a big discount to their intrinsic value because of a short-term problem. Buy, be patient, wait for that short-term problem to go away, return to the normalized earnings power of a company, and
then have the market focus again on the longer term strength of the company. That, in a nutshell, is our process.

TWST: I noticed in your writing about the process that you mentioned a “devil’s advocate” step. Could you describe what that is?

Mr. Bobrinskoy: Yes, and this is a very important step. We spend a lot of time studying behavioral finance, which came out of psychology. One of the most powerful findings in behavioral finance is the endowment effect, which is that all human beings and almost all investors tend to systematically overvalue that which they own as opposed to that which they don’t own. If you own stock in Microsoft (NASDAQ:MSFT), you tend to think it is a better company than it is, and you tend to have confirmation bias and search for evidence that supports your thesis. You will also be resistant to evidence that contradicts your thesis.

At Ariel, we have introduced a formal “devil’s advocate” for every stock, both in the portfolio and new ideas. It becomes the devil’s advocate’s job to state the bear case and also to examine the valuation assumptions to help resist this endowment effect and confirmation bias.

The reason we make it formal is that there isn’t any organizational or social pressure to avoid contradicting your partners and peers. It is very common in institutions like ours for people to be reluctant to push back against a thesis, particularly if that thesis is held by a senior professional.

Formalizing the devil’s advocate makes it someone’s job to give the other side, and this reduces the drama around producing the bear case.

TWST: Do you make sure that the devil’s advocate person is outside of the fund? Are they in some way structured internally so that they are insulated from retribution or any kind of adverse reactions?

Mr. Bobrinskoy: Well, that is the beauty of the formal designation in that the Director of Research assigns the devil’s advocate. The analyst recommending the stock knows that the devil’s advocate is not arriving at his or her negative view for any personal reason. It is that professional’s job. After we formalized this process in 2009, we actually found a dramatic reduction in those tensions that you are talking about. Today, there is much less drama around a contrary opinion being expressed.

TWST: Because you have kind of woven it into your culture, and it feels less threatening to everybody involved?

TWST: Can you describe a little bit more about why the fund has the composition that it does today in terms of both the sector and market-capitalization allocation?

Mr. Bobrinskoy: We buy stocks that we think are trading at significant discount to their intrinsic values. That discounting has clearly clustered over the last several years. We would not be the first to point out that there has been a rush toward safer, defensive stocks that are less-cyclical stocks and a rush toward bond substitute stocks like REITs, MLPs, etc., as investors search for yield in a declining interest rate environment. The result has been that certain companies that are perceived to be more cyclical and less defensive have become very cheap, most particularly finance companies and industrials. The Focus Fund has been overweight those sectors for more than two years while underweight consumer staples, telecom stocks and utilities.

That was a headwind in 2015, as investors continued to pile into these safe and bond substitute stocks, but we are delighted to report that this has changed in 2016. As the outlook for regulation has improved and interest rates have increased from 1.35% on the 10-year to 2.40%, investors are coming our way and noticing that many of these high-quality financial stocks represent real value, as do some of the higher-quality industrials and producer durables. As a result, we are having a very good year beating our benchmark and the broad market.

TWST: Do you at all try to evaluate companies that have a high degree of innovation or even some degree of speculation as part of their mandate or portfolio, and if so, how do you handle that?

Mr. Bobrinskoy: Generally, we as value investors are going to be less likely to invest in a company whose future performance is based on developing a new technology or new product that doesn’t exist today. Because a further finding of behavioral finance in psychology is that people tend to be overoptimistic, and tend to exhibit planning errors and overestimate a company’s ability to generate new revenues in the future that they haven’t produced in the past. We, as a result, overweight the portfolio with companies with proven track records and proven assets rather than on speculative future development.

Now, many of the best companies have both. IBM (NYSE:IBM) has a spectacular existing consulting business, but it is on the forefront of developing Big Data applications through its Watson technology. We love that IBM trades at only 11 times forward earnings. We think we are getting a consistent and predictable, proven business plus the upside from new technologies. Many of our health care companies exhibit similar characteristics.