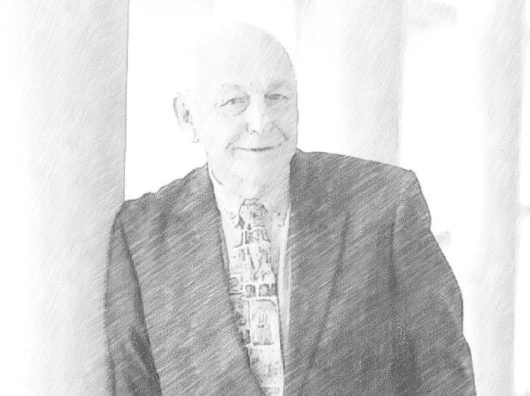 One of our favorite investors here at The Acquirer’s Multiple – Stock Screener is Marty Whitman.

Whitman is the Chairman and Founder of Third Avenue. He’s recognized as a legend in the world of value investing and has proven for more than 50 years that active, opportunistic investors can find under-priced securities in companies with strong balance sheets. He’s also been a strong critic of GAAP earnings, citing the following in Kiplinger’s Personal Finance Magazine:

“Earnings are vastly overrated. Look at the title of my new book, Value Investing: A Balanced Approach (John Wiley & Sons). No smart businessman treats one accounting number as more important than another. They are all part of the whole. The goal of any business person is to create wealth, and except on Wall Street, profits are viewed as the least desirable way to create wealth because of the income-tax disadvantage. It’s a lot easier to look at the quantity and quality of resources a company has than to forecast its earnings. If you have good management, it will convert those resources into something of value.”

One of the best resources for investors are the Third Avenue Shareholder Letters, and one of the best letters ever written was Whitman’s 2012 letter in which he discussed the difference between traditional value investing and Fundamental Finance, which includes value investing. It’s a must read for all investors.

FF approaches matters quite differently than do short run traders. In FF in 2012, the emphasis is on credit worthiness, rather than earnings or cash flows. In FF, managements are appraised not only as operators, but also as investors and financiers; as Value Investors, the bulk of Third Avenue efforts are directed toward investing in equities of financially strong companies which, over the long term, have good prospects to grow readily ascertainable Net Asset Values (“NAVs”); and also in FF, it becomes important to understand the motivations and practices of activists.

As such, FF tends to be quite different than activities revolving around trading, or academic finance as embedded in Modern Capital Theory (“MCT”). Also, as an FF disciple, I reject a number of commonly held beliefs including the concept of “too big to fail”; the definition of corporate failure; the belief that credit-worthy entities, corporate or governmental, ever repay indebtedness in the aggregate; or the belief that a capital infusion into a private enterprise by a governmental agency is, ipso facto a “bailout” rather than an “investment”.

It seems to me that almost all other approaches to investing and academic finance ranging from Principles of Corporate Finance by Brealey and Myers to Security Analysis Principles and Technique by Graham, Dodd and Cottle (“G & D”) to tracts on trading techniques focus on forecasting and explaining short-run market prices, especially on prices at which securities are traded in markets populated by Outside Passive Minority Investors (“OPMIs”). In sharp contrast, FF focuses strictly on explaining and understanding commercial enterprises and the securities they issue.

To me, short run market prices in OPMI markets are “random walks” except for the special cases of “sudden death securities”, such as options, warrants, certain convertibles and risk arbitrage situations where there will be relatively determinant workouts in relatively determinant periods of time. As a consequence of the 2008 economic meltdown an FF approach to investing became more relevant, and MCT and G & D approaches seem to have become less relevant.

A contrast in approaches between academic finance and FF is contained in the introduction to Brealy and Myers Principles of Corporate Finance (McGraw Hill 1991) a leading finance text, where the authors state “there are no ironclad prerequisites for reading this book except Algebra and the English language. An elementary knowledge of accounting, statistics and macroeconomics is helpful, however.”

To understand FF, however, the market participant ought to strive to become knowledgeable in several fields – knowledgeable enough to be an informed client. FF areas where knowledge is a prerequisite include the following:

Other disciplines that might come into play depending on the particular situation being analyzed are Bankruptcy Law, Insurance Law and Regulation, Banking Law and Regulation, Environmental Law, etc. To others, the default position embodies the MCT view that markets are efficient, to wit, the price is right. In FF, in contrast, most prices are quite wrong most of the time.

The conventional thinking seems to be that one has to take huge risks to obtain huge rewards. I demur. Rather, the royal road to riches is not to take investment risks, but, rather, to lay off the investment risks on someone else. Great fortunes have been built by those who successfully laid off investment risk on others. These success stories include the following people:

The best – but far from the only – way for OPMIs to lay off investment risk is to acquire securities that are high quality and have good prospects for growing NAV over the long term. The elements that go into investing in such common stocks encompass the following:

There are many, many value investors who are quite competent competitors. As far as I can tell, however, none seem to put as much emphasis on strong financial positions as we at Third Avenue do.

Another factor that others seem to ignore is the importance for companies to have access to capital markets, both credit markets and equity markets. Capital markets are notoriously capricious, sometimes not available at all (see the 2008 credit meltdown) and sometimes willing to give companies what might be characterized as “almost free money” (see the 1999 IPO boom).

It seems as if conventional securities analysis puts overemphasis on four factors which makes their approach much less useful in helping to understand FF in particular and business in general. The four areas of overemphasis are as follows:

For us, much common wisdom is just plain wrong:

Too big to fail is meaningless. The standard has to be “Too Important Not To Be Reorganized Efficiently and Expeditiously”. The reorganization and/or capital infusions after 2008 into GM, Chrysler, CIT, Citigroup and AIG are good examples of efficient and expeditious reorganizations of very important companies.

Corporate failure is defined as a restructuring or liquidation where junior security holders are wiped out or almost wiped out. Chapter 11 does not define failure. Staying in business does not define success. After 2008, AIG and Citicorp both failed using our definitions of failure, though neither ever filed for Chapter 11 Relief.

In the aggregate, debt is almost never repaid by entities which remain creditworthy. Rather, it is refinanced and expanded insofar as the entity – whether corporate or governmental – expands its borrowing capacity, i.e., becomes more creditworthy. The difference between a bailout and an investment is that a bailout constitutes a capital infusion without any hope of a return, no matter how return is measured. If there are prospects of a return, as well as a return of principal, the capital infusion is an investment. The Troubled Asset Relief Program (“TARP”) instigated in 2008 to rescue U.S. banks was an investment by the government, not a bailout.

Three elements go into the determination of credit-worthiness for functional purposes.

a) Amount of Debt

c) How Productive are the Use of Proceeds from Incurring the Debt.

Of the above, perhaps c) is the most important.

Also there are three tests of solvency, and most entities do not have to pass all three to be deemed solvent.

In Security Analysis, on page 47, G & D opine on the difference between investment and speculation. “An investment operation is one which upon thorough analysis, promises safety of principal and a satisfactory return. Operations not meeting these requirements are speculative.”

At Third Avenue, we agree wholeheartedly with G & D. The Third Avenue approach described in this letter is designed to be an investment operation, not a speculation. There are three general measures of investment risk:

Diversification is only a surrogate, and usually a damn poor surrogate for knowledge, control and price consciousness. The most talented value investors seem to graduate into distress investing and control investing. Such graduates include Warren Buffett, Sam Zell, Carl Icahn, Bill Ackman and David Einhorn.

The appraisals of managements ought to examine them not only as operators, but also as investors and financiers. In FF there is no Substantive Consolidation but plenty of Structural Subordination. In particular the company is a stand-alone – it is not the management, it is not the stockholders. Every constituency in an economic entity in its relationships with other constituencies combine communities of interest and conflicts of interests. Essentially stock options are a stockholder problem, not a company problem.

It is axiomatic that if an economic entity cannot be made creditworthy, sooner or later the entity has to be reorganized or liquidated. It seems as if no one is really doing anything on the sovereign front to make Portugal, Ireland, Italy, Greece and Spain creditworthy. For starters, at the minimum there is a need for efficiency rather that austerity.

For most portfolios of performing loans time corrects the error of having bought at too high a price. In examining NAV, it is important to examine the dynamics of NAV, rather than just the statics of NAV. For almost all corporations, NAV will grow year by year almost continuously. Quality of NAV tends to be much more important than the quantity of NAV. Certain assets contained in book value reflect overhead unlikely to ever be recovered through earnings or cash flow. Those are the types of NAV common stocks Third Avenue tries to avoid as an OPMI. There are valuable lessons to be learned from G & D’s analysis of Net-Nets.

Payments to shareholders, either in the form of dividends or stock-buy backs, has to be a residual use of cash most of the time, compared with using cash to expand corporate assets or reduce corporate liabilities. However, from a corporate point of view, it sometimes makes sense to pay large and increasing dividends, because that can give the corporations better access to capital markets than would otherwise be the case. Also, managements might consider large dividends simply because it is desired by so much of the company’s OPMI constituency.

For the most part, the Third Avenue approach is basically a buy-and-hold approach. Sales take place when the security becomes grossly overpriced, the analyst has made a mistake, corporate conditions change, or for portfolio considerations. For Third Avenue, a principal goal is to buy growth; but, don’t pay for it.

A security has value to a holder only insofar as it promises a cash bailout, control or both.

A fair price is that which would be arrived at between willing buyers and willing sellers each with knowledge of the relevant facts and neither under any compulsion to act. Most going private and Leveraged Buy Out transactions are characterized by coerced seller – willing buyer. However, OPMIs become willing sellers when offered premiums over market prices.

I will write you again when Third Avenue results for the quarter to end January 31, 2013 are published.

Chairman of the Board