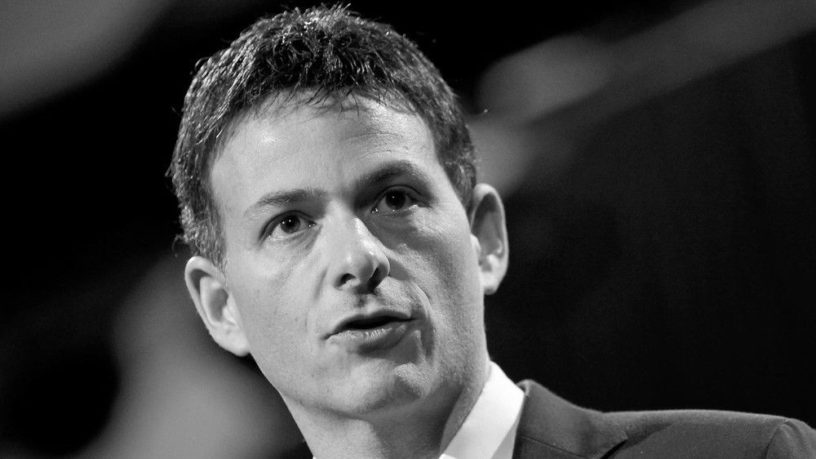 One of our favorite investors here at The Acquirer’s Multiple – Stock Screener is David Einhorn.

Einhorn is the founder and president of Greenlight Capital (Greenlight), a long-short value-oriented hedge fund. He started his fund in 1996 with $900,000 and generated 16.5% annualized return for investors from 1996 to 2016. As of 2017, Greenlight has $9.27 billion in assets under management. Einhorn was ranked 44th in Time’s 100 most influential list of people in the world in 2013.

One of the best resources for investors is Greenlight’s shareholder letters, and one of the best letters ever written by Greenlight was the Q4 2015 letter in which Greenlight explained to shareholders why 2015 had been such a bad year and what they can expect in the future. It’s a great illustration of how funds and companies should write a letter to their shareholders when everything goes wrong.

The Greenlight Capital funds (the “Partnerships”) returned (3.8)%, net of fees and expenses, in the fourth quarter of 2015, bringing the full year net return to (20.2)%. Since inception in May 1996, Greenlight Capital, L.P. has returned 1,902% cumulatively or 16.5% annualized, both net of fees and expenses. 2015 began with David’s favorite football team, the Green Bay Packers, blowing the conference championship game and a chance at the Super Bowl despite looking like the better team on the field, and holding the ball with a 12-point lead with less than 5 minutes to go. The Packers ended 2015 by getting blown out by the Arizona Cardinals 38-8 in a game where they looked like they didn’t even belong in the league.

Our year felt a lot like that. Let’s get some of the gory facts out of the way:

There are lots of simple theories about what went wrong and what we can or should do about it. Everyone wants to help. Even one of David’s children suggested, “Dad, why don’t you just short your longs and long your shorts?” If only it were that easy…

First, our worst performing investments were among our biggest positions. These aren’t our first big losses nor are they likely to be our last, and while our goal is to minimize them, they come with the territory of running a concentrated portfolio. In 20 years we’ve had 21 instances of a position costing us more than 3% of capital in a calendar year. Other than the awful bear market of 2008, when we had five losers of this magnitude, we’d have to go back to 2002 to find a year when we had as many as two. Most years we’ve had none or one.

This year we had three (CNX, MU and SUNE). Nothing distinguishes these from our other large losers in prior years. What’s unusual is that they all happened at around the same time. Having three in a single year is both unfortunate and too many for us to be able to succeed.

Second, we had very few winners. Here is what the year looked like, including and excluding the three big losers:

The point of this chart is not to show what would have happened without those losers (we believe that all the results count), but to illustrate that nothing else performed. We have never had a year where so little went right. While we had a few shorts that did well, we couldn’t seem to find winning longs. ISS A/S was up 43% and was the only long position that sustained a material gain for the full year. We also preserved gains in Altice and Marvell by selling them at prices far above where they ended the year.

When we add up all of the losing positions in the portfolio, the percentage detraction to our total return for 2015 was only moderately worse than a normal year. In contrast, all of our profitable positions in 2015 added up to only 19%. Our 20-year average contribution from winners is 51%, and the previous worst year was 31%.

It has been a difficult environment for value stocks. This is the fourth time in our history where we’ve had a period of outsized losses, and in each of the prior periods, the macro environment was unfavorable to value investing:

The last seven months of 2015 resembled these periods. In this instance, a few overvalued story stocks did well while most stocks – especially value stocks – declined. Our view is that over time, value investing is more successful than investment strategies that ignore value. On balance, we benefit from tailwinds more often than not. However, there have been and will be periods where that isn’t the case. We know that in each prior period when the environment was challenging for our style, things eventually turned and we did well. We don’t know when the winds will change, but we know that they will.

We recently watched The Big Short. One theme from the movie was the complete isolation Dr. Michael Burry felt as his fund declined 20%. His investors abandoned him and his internal team lost faith.

While we have no illusions that we are about to quickly make multiples on our portfolio as Dr. Burry did, we are grateful that we don’t share his feelings of isolation. Internally, our team is dedicated to doing the day-to-day analysis and running out all the ground balls. We are continually working on improving the portfolio. Externally, we are thankful to have you as our partners. While many of you have understandably had questions, we have had only modest redemptions and many of you have asked about adding capital. For now, we prefer to keep the fund closed and concentrate on trying to make better returns.

We want to thank you for participating in our investor survey this summer. Collectively, you gave us very high marks in all aspects of our business with the exception of investment performance. As the survey was conducted over several months, overall satisfaction fell from 87% of those surveyed in June to… well, let’s just say a lot less than that for those surveyed in October. Frankly, we don’t understand why anyone was still satisfied by October. We certainly weren’t.

“I don’t know where I’m going from here, but I promise it won’t be boring.” — David Bowie