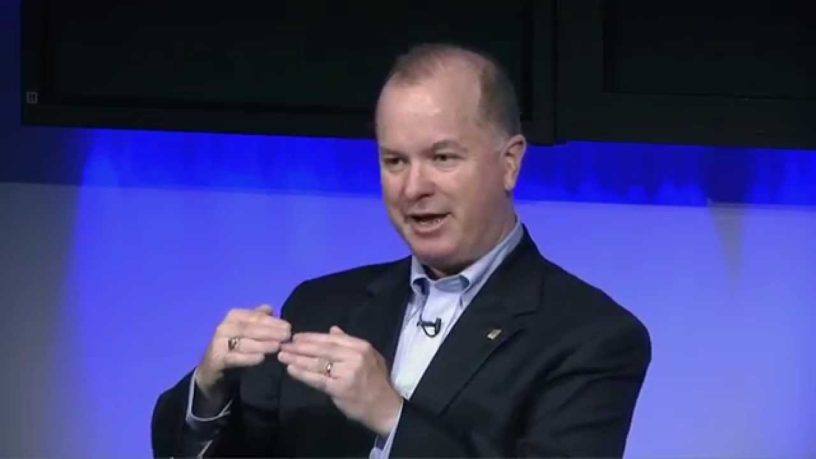 Tom Gayner is the Co-Chief Executive Officer at Markel Corporation, a holding company for insurance, reinsurance, and investment operations around the world. Markel has often been compared to Berkshire Hathaway in the way that it invests its insurance float in other businesses.

Gayner has been a very successful value investor over the years. His equity portfolio has earned a weighted average annual return of 11.2%, nearly 500 basis points better than the S&P 500.

What nice about Gayner is that he’s chosen to operate his business in Richmond, Virginia, well away from the noise of Wall Street.

Gayner recently did an interview with Value Investor Insight, where he discussed how he thinks about technology stocks and the impact that technology has on businesses in this brave new world.

I pulled out what I considered to be the best bits on his investing strategy.

This is an excerpt from the Value Investor Insight Newsletter, April 2016. To read the full article you will need to become a subscriber here:

It’s been ten years since we first spoke [VII, May 26, 2006]. Would you describe today how you invest any differently from how you did then?

Thomas Gayner: I wouldn’t change a word in describing the four investment principles we follow. We’re looking for profitable businesses with good returns on capital at modest leverage, that have honest and talented management, that have reinvestment opportunities and capital discipline, and that have shares trading at fair prices.

One thing that has changed is a point of emphasis. I’m an accountant by training, and when I first started out I was most comfortable looking at financial statements and arriving at a point-in-time assessment of what I thought something was worth today relative to what it was selling for.

That’s what card-carrying members of the value investing union do. But what has become more important to me is not the snapshot, but the movie. What do the characteristics of the business say about what happens next?

That’s caused me to put primary emphasis on item #3, reinvestment opportunities. Business is so dynamic today that you’re either getting better or you’re getting worse. I’ve learned through painful experience that without ample reinvestment prospects, you’re generally looking at a rotting asset.

Of course it’s much more fun to buy great companies with bright prospects, so the main reason not to would be because they often cost too much. I am still very attuned to that, but at the margin I have become more willing to pay up for the good stuff.

How does your setup within Markel influence your strategy and process?

TG: I’m married to a successful insurance company that keeps putting money in its account month after month after month, and in the 25-plus years I’ve been here has never asked for a penny of it back. That allows me to invest with a far longer time frame than most, so it makes sense for me to put emphasis on durable and consistent businesses that get better over time and compound the capital we’ve invested in a tax-efficient way for the corporation.

If I’m directionally correct more often than not, things should work out pretty well. I’d also add that as part of Markel it’s easier for me to tune out the noise and focus on what’s really important to any given investment thesis.

I’m not sure whether markets have gotten more volatile or not, but it sure feels that way when you have a 24-hour news cycle and stuff coming at you all the time. Couple that with the fact that most money managers are critiqued every quarter or even month on their performance and you can see why people trade a lot and time horizons keep getting shorter.

I don’t have to get bogged down in any of that. Since we first spoke, my analyst staff has gone from zero to one with the hiring of Dan Gertner probably six years ago. People ask me how I keep track of things doing so much by myself, and my response is to ask what keeping track of things means.

Does it mean knowing what the March sales receipts were at Disney World and how that compared to March a year ago? For how we invest, those aren’t really the things that matter.

You’ve said that you had more portfolio turnover last year – in absolute dollars and as a percentage of the total – than you’ve ever had. Does that signal any other evolution in your thinking?

TG: That’s a very good question that requires a fairly in-depth answer. Five, ten or fifteen years ago I would have said I was not very interested in or good at investing in technology. Product cycles were too short and things in the tech world were too hit or miss for me to commit the capital we had with the time horizons we wanted.

After a great deal of soul-searching, however, I concluded that technology was so fundamental to the economy that I was no longer allowed to say I wasn’t a technology investor. I needed to better figure out how to think about it in a way that worked for us.

With respect to technology we can put companies in three basic categories. At one end of the spectrum are those for which technology shouldn’t disrupt their basic economics. Here I’d put firms like Diageo [DEO], Nestle [NSRGY] or Unilever [UL], consumer-products businesses selling things like whisky or ice cream or soap that aren’t particularly impacted by the Internet or technological change.

In the second category would be companies that are impacted meaningfully by technology, with positive and negative effects. Wal-Mart [WMT] is a good example. It’s not a technology business, per se, but on the plus side it has long benefitted from its sophisticated information-management systems, and on the negative side it faces a strong challenge from online retailers like Amazon [AMZN].

The third category would be companies where technology is both critical to their success and would appear to confer dramatic advantages going forward. The best examples: Google, now Alphabet [GOOG], Amazon and Facebook [FB].

Coming back to the question of portfolio turnover, in the first category – the Diageos and Unilevers of the world – we didn’t change much. These companies operate in wonderful product categories that can generate solid and durable growth far into the future. This has always been a fertile area for us and remains so.

We were buyers in the third category, and at the end of the year owned core positions in Alphabet, Amazon and Facebook. Ten years ago I wouldn’t have owned any of them, but given the winner-take-all elements of their businesses you can credibly think about how durable the franchises are and how much runway they have ahead.

At the end of last year Alphabet had $73 billion of cash on its balance sheet. People say, “Oh, but a lot of that is trapped overseas,” to which I say, so what? It’s $73 billion! This is an immense cash-generating machine at the top of the food chain in the world of data, which as everything becomes more and more digital becomes more and more valuable over time.

I’d also add that each of these companies has young, founder visionaries who have already demonstrated remarkable success. That fits very well with how we invest.

It’s in the second category where I became more concerned that, as Yogi Berra once said, the future ain’t what it used to be. Wal-Mart has been an incredibly well run business, but there’s no getting around the fact that Amazon has made its future course less attractive.

Wal-Mart will continue to spend a lot of time, effort and money on trying to compete with Amazon online and I just don’t believe they can do it. I also think the sad truth of growing income dispersion in the U.S. doesn’t bode well for an important segment of WalMart’s customer base.

So while I have all the respect in the world for the company, it’s playing a tougher hand today than it used to. In thinking about the highest and best use of capital, I decided to fight the battle elsewhere.

You mentioned earlier a willingness to “pay up for the good stuff.” Describe for your equity ideas how you think about what you’re willing to pay.

TG: I want to pay a multiple that does not expose me to a high risk of multiple compression. Said another way, I consider a fair price today one that allows us over time to realize on our investment the same level of compound annual growth we expect in the intrinsic value of the business itself.

In more normal times I’d probably say I needed at least a 10% annual return in order to commit capital. Given the level of interest rates today, for the highest quality business like a Nestle or a Unilever I might be willing to accept 8% or so.

What I clearly want to avoid is paying a price at which I can be directionally right about the intrinsic-value growth but still make a bad investment. I noticed ten years ago we spoke in our interview about General Electric, which was a case where I didn’t do a bad job of assessing how the business could perform over time, but I just paid too much for it on day one. The multiple had fallen from 40x to 25x so it felt like I was getting a deal. I obviously wasn’t.

You mentioned earlier that being part of Markel made it somewhat easier for you to reflect, tune out the noise and focus on what’s important. Do you have any other advice on how to do that?

TG: Generally speaking, that’s my temperament, which is helpful. It’s also very important in your life to have people who you respect and know have your best interests at heart who will bluntly speak truth to you and you’ll listen. I have to be able to communicate well what I’m thinking and doing, and if I’ve done that and someone close to me thinks I’m wrong, I have to give that a full and fair hearing.

I’d argue that one of the key roles Charlie Munger has played in Warren Buffett’s life is to bluntly speak truth to him. Having that helps a great deal in zeroing in on what’s important and in actually being right about it.

If you want to find out more about Tom Gayner, here’s a great presentation that he did for the team at Google in 2015 called, The Evolution of a Value Investor. It’s a ‘must watch’ for all value investors: